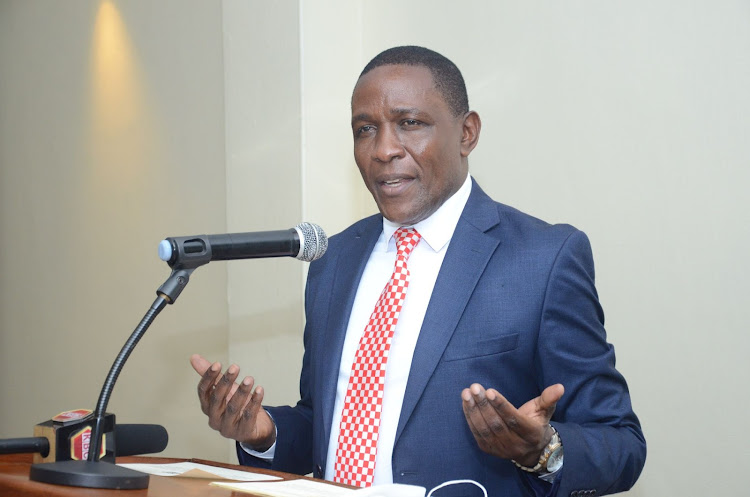 The government plans to have chips put in livestock to help in identifying and tracing the animals to curb cattle rustling.

Agriculture, Livestock and Fisheries CAS Lawrence Omuhaka said the government in partnership with county governments and the private sector is in the process of validating the regulations on animal identification and traceability.

The regulations that will allow for livestock keepers to put chips or identification gadgets in their livestock is currently at the validation stage by stakeholders, including county governments and the private sector.

The CAS said after they are validated, the regulations will go to Parliament to be passed into law. The state plans to enroll out the process next year.

He spoke on Thursday during the animal identification and traceability strategy and regulations validation meeting at a Nairobi hotel.

“We want to be able to keep data of the animals that we have and trace them. This will help in terms of security because we will fix gargets on the animals and we will be able to know where they are in case of theft,” said Omuhaka.

He said the system has been used in other counters in Europe and other African countries like Botswana. It will also help in controlling cattle rustling, which has become a big problem in some parts of the country.

“Besides the local market, we also want to be able to export our livestock especially to the European Union and Asian countries. There are demands that every animal or animal product exported should be traceable hence the regulations,” he said.

“Some of them are even insisting that animals should have ‘passports’ so that they are able to trace the history of the animal, whether it has had any disease because some of the diseases are zoonotic”.

He said they are working with the county governments and the private sector to ensure that the regulations are put in place so that they can guide the country on these issues.

He added that, to further increase export market, the government has started an ambitious plan of creating an export processing zone.

Omuhaka said the government has budgeted for Sh3 billion to create export processing zones especially in Lamu. A multi-sectoral committee has been set up to work on this and ensure that it is up and running by next year.

“We want to develop laboratories and sheds where the animals will be kept. Part of this includes developing disease-free zones and so far we have developed four in Rift Valley, Central, Coast and in North Eastern.

“This will ensure that animals that are coming and going out of here are healthy. Some samples from the animals will be taken to the labs to ensure that they are safe for export mainly in the European and the Arabian markets,” the CAS said.

Christopher Wanga, director of Livestock Policy Research and Regulations at the State Department of Livestock, said the chip that will be used to identify the animals will replace branding.

He explained that in the past, livestock keepers have been using hot objects to brand their animals, but this practice is prohibited by Animal Welfare.

“However, the main objective of the regulation is to help in identifying animals, and generally help livestock keepers plan on feeds, vaccines and other needs of their animals. It will also help ease export trade locally and internationally as well as help in controlling livestock theft,” Wanga said.