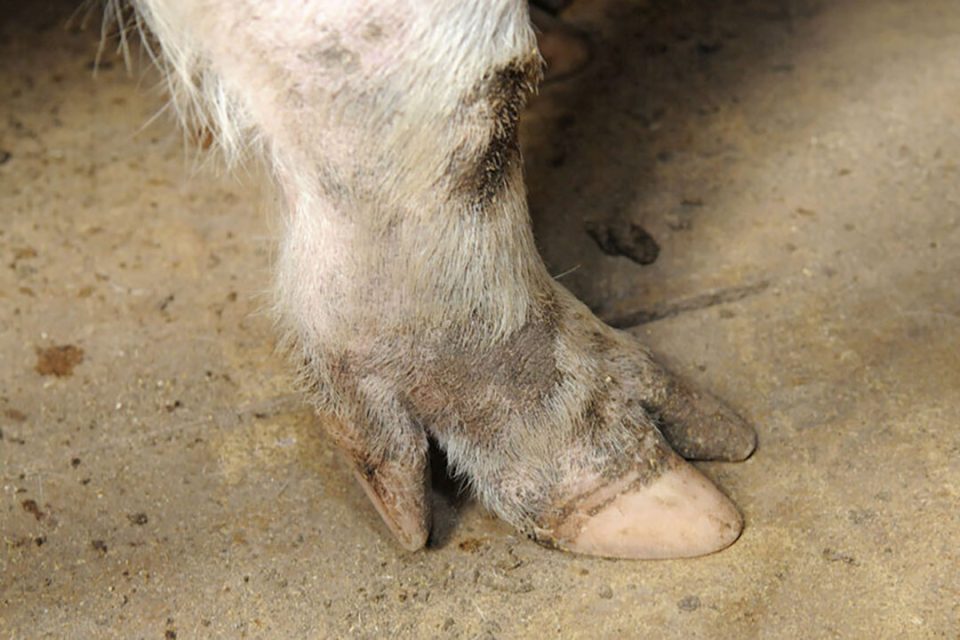 Lameness is an important swine health and welfare concern which causes considerable economic losses due to additional labour, repeated treatments, euthanasia, early culling and (re)production losses. It is estimated that up to 48% of sows in a given farm are lame and lameness costs the U.S. swine industry approximately $ 230 million/year. Although lameness is a prevalent condition in swine production systems, its identification can be unreliable due to lack of individual pig observation for gait and posture abnormalities and standard evaluation criteria.

To prevent ﬁnancial losses and welfare problems, early and accurate lameness detection and treatment is essential. The most common method to evaluate lameness is visual scoring, which is easy to use and cheap to implement, but it is time and labour intensive, and prone to observer error due to human visual perception limitations. Therefore, automated lameness detection methods that do not rely on the human eyes may offer a way to identify lameness more accurately in intensive swine production systems.

What is smart swine farming?

In modern swine production systems, farmers need reliable and affordable technologies to assist them in daily management tasks, which guarantees accurate and continuous individual pig monitoring. Application of engineering techniques to monitor, model, and manage pig production is called smart swine farming. Its aim is to increase the farmer’s ability to keep contact with individual pig in the growing swine production intensification and to prevent health, welfare, and management issues.

Grégoire and colleagues (2013) and Chapinal and colleagues (2011) determined that quantitative variables (legs and back acceleration while walking) obtained from kinematics and accelerometers proved to be successful in identifying reliable lameness indicators in sows.

To have a commercially suitable accelerometer-based, automatic identification system for lameness onset, future larger scale studies are needed to assess the sensitivity and specificity of the measures under practical conditions. The digital video-based tracking system is accurate, inexpensive, and reliable. However, further captured data is needed to standardize animal tracking to have a robust system for farm environment. Pressure mat and force plate have promising potential to support future objective research in lameness, but low specificity can occur with handling alone. However, more measurements and especially delicate software are needed to have a robust system for farm environment. Furthermore, to develop a proper lameness detection system, there is a need to combine data from different sources in a multivariate approach.