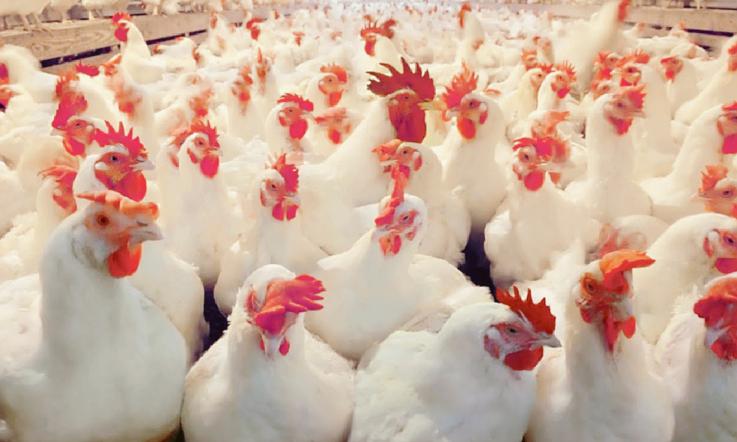 South Africa will increase tariffs on poultry imports from the US and Brazil, handing a boost to local producers who have called for fresh measures to counter the dumping of cheap overseas chicken.

Minister of Trade and Industry Ebrahim Patel agreed to the new levies late last year and the measure will soon be made official, according to Izaak Breitenbach, a general manager of the South African Poultry Association. The industry body applied for increased tariffs on the two countries to counter a flood of shipments sometimes under-priced to dodge import duties, resulting in annual losses of R6.5 billion ($436 million) for the local industry.

“The poultry industry is in distress not because it isn’t producing well,” Breitenbach said. “It is competitive but needs to compete with unfair trade from other countries.”

While the South African Poultry Association applied for an increase in tariffs on frozen bone-in chicken pieces to 82% from 37% and on frozen boneless chicken cuts to 82% from 12%, the government will decide on the extent of the charges based on a recommendation from the International Trade Administration Commission of South Africa, the tariff setting group said.

The recommendation will consider the impact of the entire value chain for agricultural products and possible inflationary effects for consumers, ITAC said. “These different parties across the spectrum of the value chain represent sometimes sharply opposing interests,” it said. “Food security remains a central objective for the agricultural sector and in this regard the affordability of food cannot be ignored.”

Government and industry representatives in November signed off on a plan in which companies committed to invest R1.5 billion in production facilities by the end of 2020 that could create almost 4 000 jobs. Producers also agreed to help establish and sign contracts with 50 new farmers at a total cost of around R1.7 billion. The poultry industry is the second-largest component of South Africa’s agricultural sector and employs about 110 000 people, Breitenbach said.

The new tariffs don’t apply to the European Union due to a free-trade agreement. The US will also still be able to export a maximum of 65 000 metric tons of frozen bone-in chicken portions for free, a legacy of a 2015 dispute over poultry that threatened to exile South Africa from the US market by excluding it from the African Growth and Opportunity Act.

AGOA provides 39 sub-Saharan African countries duty-free access to the US for about 6 500 products ranging from textiles to manufactured items.

The US is currently reviewing the market access granted to South Africa under the so-called Generalised System of Preferences, its oldest and largest trade-preference program for the world’s poorest economies. A loss of eligibility could put as much as $2.4 billion (R36 billion) of South African exports at risk.

The National Treasury referred queries to the Department of Trade and Industry and the International Trade Administration Commission of South Africa. The DTI didn’t respond to questions.

Is South African poultry back on track?