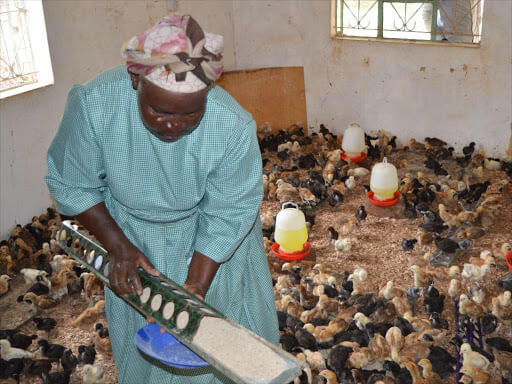 Poultry farmers in Kenya want the Ministry of Trade to intervene on the discriminative tariff by the Uganda on chicken meat.

Uganda Revenue Authority has in the past two years charged Kenyan chicken meat exports a cumulative 25 per cent in taxes – 18 per cent VAT, one per cent  Railway Development Levy and six per cent Withholding Tax.

“We want the government to review the taxes charged by our neighbors, both Uganda and Tanzania,” Kenya Poultry Farmers president Monica Wanjiru said.

She added that their plea is to the government to impose tax  Uganda poultry imports or  for the Ugandan government to waive 19 per cent tax on VAT and Railway Development Levy.

This means that the Uganda poultry products have free access to the Kenyan market while the Kenyan products are hindered from access to Uganda through Non-Tariff Barriers (NTBs) or imposition of domestic taxes (VAT, withholding taxes or railway levies).

Wanjiru added that “Tanzania has also imposed stringent requirements for compliance from the Tanzania Bureau of Standards (TBS) which many players in the poultry sector have seen as deliberate efforts to bar them from accessing the market.”

In 2016,Tanzania banned the importation of poultry and poultry products into the country.

“We, therefore, cannot overemphasize the vulnerability of the Kenyan poultry industry from the regional attack,”Wanjiru said.

According to the lobby, the most recent impact of such actions by Tanzania culminated in the 2018 burning of 6,400 chicks imported into Tanzania from Kenya for being deemed non-compliant to the local poultry guidelines at a great loss to the importer.

In 2017 Kenya had banned the importation of poultry products into Kenya due to an outbreak of Avian Influenza Virus.

Uganda retaliated by banning the importation of Kenyan Poultry products. Upon the resolution of the outbreak, the countries agreed to allow the resumption in the trade of poultry products.

According to recent data by KNBS, the poultry industry contributes heavily to the livestock sub-sector, which accounts for about 10 percent of national GDP.

It contributes about 0.7 per cent of national GDP, while at the same time it is a major source of employment, with an estimated three million people deriving their livelihood from it.

In order to safeguard the industry gains, the poultry stakeholders are urging the government to close the borders similar to other EAC countries.

”Both Uganda and Tanzania have closed their borders, why has Kenya kept borders open for processed chicken?” they said.

In a joint meeting between the Ministry of Agriculture and Ministry of Trade and Industry earlier in the year, the then Trade PS Chris Kiptoo said the taxes charged by Uganda were against the EAC Principal.

”It is unclear, why Uganda is imposing railway development levy, whereas the cargo railway line to Uganda is yet to be operationalised,” he said.

In a technical paper presented to the Department of Livestock in December 2019, and developed jointly by Livestock stakeholders, it proved that Hudani Manji Holdings (Yokuku), the Ugandan poultry producer that has been exporting product to Kenya is effectively dumping products into the Kenyan market.

“The price offered to the majority of the customers here in Kenya is lower than Hudani’s direct costs (production, transport and inspection fees) and the prices generally offered to customers in Uganda,” the document read.

Dumping raises important issues for Kenya and its policymakers, from unemployment to food security, and has implications for economic and social stability.