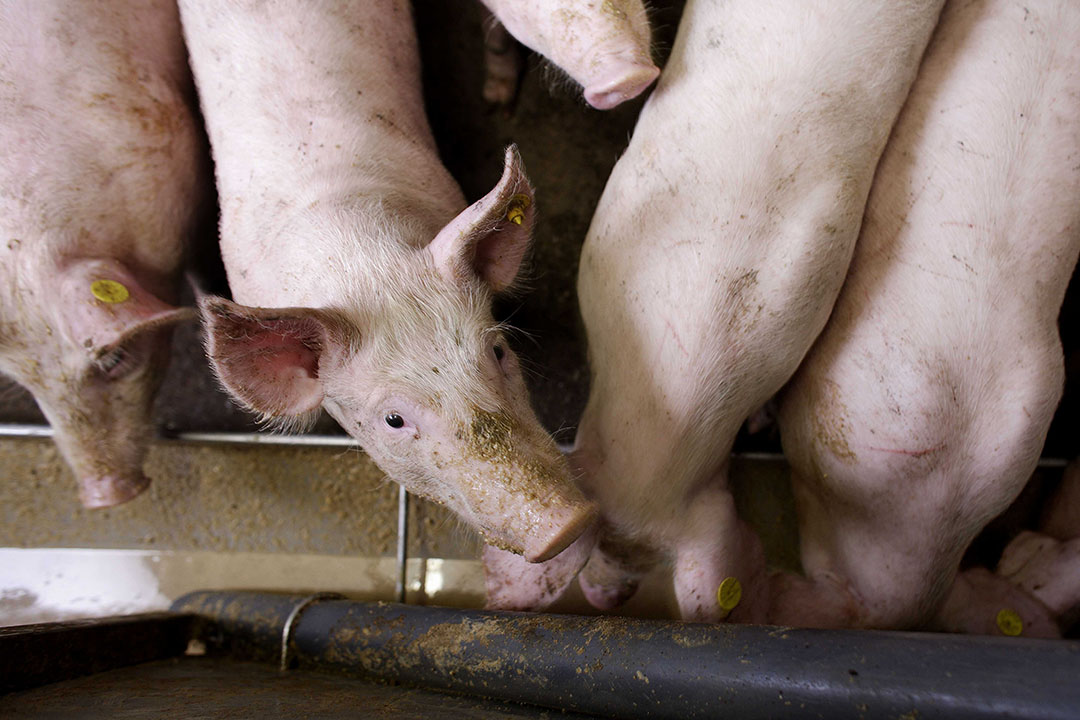 Mycotoxins affect the health and performance of pigs, so it’s essential to conduct a full mycotoxin risk assessment. A holistic approach will make it easier to understand each producer’s situation and how to deal with mycotoxins.

Pigs are the farm animals that are most sensitive to mycotoxins. Aflatoxins suppress the immune system, but the first sign of dietary aflatoxin contamination is a reduction in feed intake. Clinical signs, depending on the level of contamination, range from reduced growth to hepatosis and death.

Among the trichothecenes, deoxynivalenol and T-2 toxin are the most relevant for the pig industry. T-2 toxin inhibits feed intake, while deoxynivalenol also reduces feed intake, slows down pig growth and also causes vomiting. Ochratoxins are both hepatotoxic and nephrotoxic, while also causing other chronic toxicities. Reduced growth, decreased weight gain and renal lesions are symptoms of ochratoxin intoxication. Zearalenone mainly causes oestrogenic effects in pigs. In pregnant sows it increases the occurrence of abortions and stillbirths. Feed contamination leads to swelling and reddening of the vulva, false heats and false pregnancy in non-pregnant sows. Fumonisins target the liver, lungs and pancreas and cause pulmonary oedema in pigs.

From the field to the feed, mycotoxin production is a cumulative process. It is controlled by several factors, the most important being climatic conditions and agronomic practices during cultivation. However, each mycotoxin has its own pattern of development, so crop contamination is different each year, both in terms of quantity and mycotoxin type. This means that the risk is ever-present and ever-changing.

There are several options for identifying mycotoxin risk. A forecast of crop contamination is available through prediction models, such as MycoMan Predict, which was developed by Adisseo and Syngenta in partnership. Harvest surveys provide analytical values of mycotoxins in maize and wheat, both post-harvest levels and levels before storage. These 2 tools establish the risk of mycotoxin contamination for all the coming year, allowing corrective measure to be put in place. For example, contaminated batches can be discarded or diluted in the feed mill.

2 types of mycotoxin tests are available:

Rapid test kits provide results in a few minutes, but they do not detect masked mycotoxins. If they are used for raw materials, it is possible to miss important ingredients with inclusion rates below 5-10%. Small inclusions with high contamination rates can cause significant contamination of the finished feed. For example, cereal co-products such as DDGS or bran often have higher levels of contamination than the original grain. Analytical methods, including thin-layer-chromatography (TLC), enzyme-linked immunosorbent assay (ELISA) and immunosensor-based methods, can identify a variety of mycotoxins and have been widely used for rapid screening. High-performance liquid chromatography (HPLC) with fluorescence detection (FD) and mass spectrometry detection (MS) are normally used for confirmation and reference purposes.

Although it’s important to know the levels of each mycotoxin challenge, this data alone doesn’t help the feed producer decide what to do. It’s essential to conduct a full mycotoxin risk assessment in order to put a comprehensive mycotoxin management programme in place.

Mycotoxin risk assessment is the scientific evaluation of the probability of known or potential adverse health effects occurring, resulting from the exposure of animals to mycotoxins. This can be achieved with the MycoMan Mobile App.

MycoMan offers a simple way of evaluating the mycotoxin challenge for a specific group of animals and is used to calculate the dose of mycotoxin deactivator required to effectively control mycotoxins. This fast, user-friendly mycotoxin management tool complements information from mycotoxin analysis, helping feed and animal producers to manage mycotoxins for better animal health and performance.

The addition of mycotoxin binders/deactivators to diets contaminated with mycotoxins is considered to be the most promising dietary approach to reduce the negative effect of mycotoxins.

An effective mycotoxin deactivator should adsorb polar mycotoxins (such as aflatoxin) and bio-inactivate non-absorbable mycotoxins (such as trichothecenes). It should be able to support animals in metabolising and detoxifying mycotoxins, which are metabolised very fast and can escape adsorption and even biotransformation in the body. This is why adding mycotoxin deactivators to ingredients to support immunity, the antioxidant system and health during mycotoxin exposure is key to optimal protection. At Adisseo we believe that understanding each producer’s situation by taking a holistic approach is the best way to deal with mycotoxins and thus protect animals.

A holistic approach to managing mycotoxins in poultry