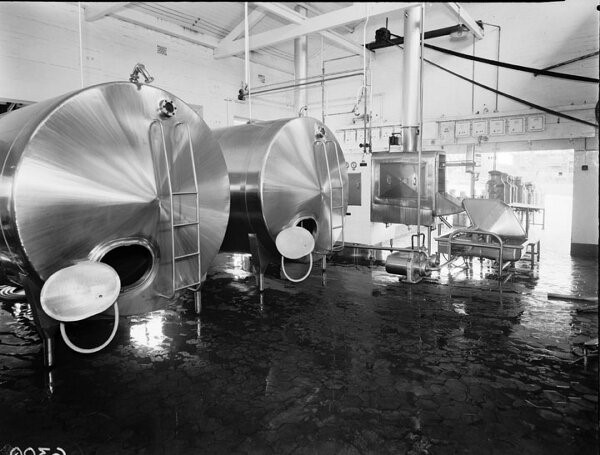 Dairy farmers in Mang’u area, Gatundu North expect to boost their earnings after the completion of a milk processing plant in the area, meant to add value and brand their produce.

The construction of the Gatundu Progressive Dairy Cooperative Society processing plant in Miteero village that was being undertaken by the Kiambu County government has been completed, and equipping with coolers and pasteurizers is ongoing.

The farmers used to operate in a rented premise where they would supply the milk, which would be sold to various markets, before the county government gave them some piece of land where they have put up the structure.

The Cooperative Manager Bernard Waweru said they expect to increase milk supplies from the current 20,000 litres to over 50,000 litres since boosted earnings would motivate more famers to venture into dairy farming.

He said they plan to move to the new plant soon as plans to have it equipped are in high gear through their partnership with the county government.

“This will be a milestone to the farmers in terms of milk production and boosted earnings. If the prices increase, it would motivate more farmers into dairy farming,” observed Waweru.

Kiambu Governor Dr. James Nyoro speaking during a monitoring exercise on the progress of the plant yesterday said their target is to have it start operations within the course of next month.

He said they hope to grow the society to the level of Githunguri dairy which makes over Sh8 billion annually.

“What Githunguri dairy has managed to achieve with less than 14,000 members is motivating. With such a turnover, every one of their members makes over Sh 500,000 annually from the sale of milk. This is what we want Mang’u dairy farmers to emulate,” said Nyoro.

The cooperative was started by only 22 members around seven years but has since grown to a membership of over 1,000 farmers.

“Without value addition, the returns have been low. However, we should think of packaging and branding the milk and given the huge milk demand in the country, returns would definitely shoot up and make dairy farming in the sub county profitable,” said Nyoro.

Recently, the Governor announced that the county government had set aside Sh150 million to boost dairy farming in the region. He said the money will be pumped into the 23 dairy cooperative societies in the county, to help in the procurement of cooling plants, milk pasteurizers, offering extension services on nipier grass, fodder, veterinary and Artificial Insemination (AI) services.

On their side, farmers led by Juliet Wairimu and Peter Mugo expressed optimism that the initiatives by the county government will see milk prices increase thereby bringing