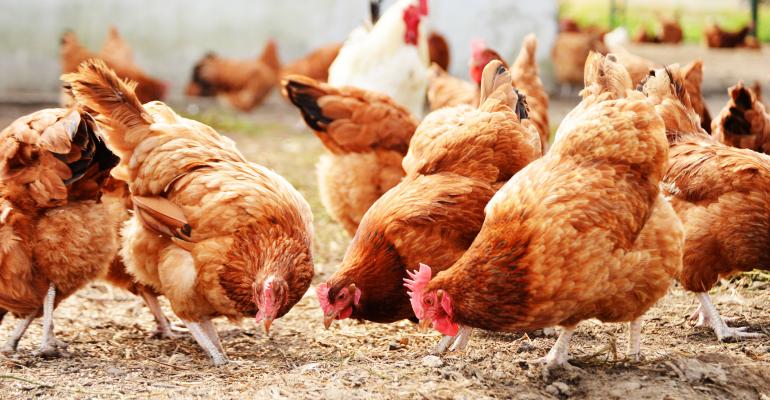 A  group of poultry farmers in Thika, Kiambu County have managed to stay afloat during this difficult Covid-19 period by manufacturing their own chicken feeds to reduce the cost of production.

The over 700 farmers, members of the Kiambu Poultry Farmers’ Cooperative Society get feeds and chicks at low prices to run their investments. They rear about 800,000 layers, 400,000 broilers, and 200,000 local chickens.

The  Group Coordinator, Zakary Munyambu  said members save Sh.400 from feeds and Sh. 4 from chicks, making their ventures profitable.

“We also transport the feeds and chicks to individual members even during this containment period making it convenient,” he said.

They  source raw materials to make the feeds such as maize, sunflower seed cake, lime, wheat bran, rice polish, supplements mineral acids locally and some from Uganda and Tanzania.

They are able to make 200 bags of feeds each day and sell as per demand.

The Sacco was started in September last year with Sh. 800,000 share capital from Sh. 2,000-member contribution.

Currently, the Sacco has over Sh. 4 million share capital, and have invested in mixers, millers, computers, scales and 11 employees.

“This is a big return to investment, making over Sh. 3 million in a matter of months from manufacturing our own feeds. Members have also been helpful as most of them buy chicks and feeds from the Sacco,” said Munyambu.

The  Sacco was formed to counter the high cost of production and a flooded eggs market according to their Production Manager, John Mwaniki.

Mwaniki says the cost of production in the country is high compared to other East African countries, disadvantaging local manufacturers and farmers citing the cost of electricity, taxation and competition.

He said the cost of feeds is lower in other countries, citing Tanzania where a 50 kg of layers’ mash costs Sh.800 compared to Sh. 2500 locally.

He said only by joining cooperatives can save poultry farmers as they can streamline operations.

“The cost of electricity in the country is high. Also there are several taxes imposed on manufacturers compelling the manufacturers to pass the high costs to the farmers. Again, over 80 per cent of poultry feeds raw materials that include Omena fish, sun flower among others are imported from Uganda and Tanzania,” said Mwaniki

Members led by Hellen Wambui said they were now making profits from reduced cost of feeds adding that cheap imports had paralyzed their ventures.

“Once one saves Sh.500 for a 70 kg bag, it makes the venture profitable,” said Mwaniki, who has reared chicken for the last 30 years and educated her children to university level using the proceeds.

To cushion farmers and other local manufacturers from cheap imports, the Thika MP, Patrick  Wainaina  offered initial support to the Sacco when he assisted the farmers by donating an incubator with a capacity of 1,000 and a mixer to aid in their feed has come up with the Safeguard Bill that is in advanced stage in parliament.

The Bill entails locking out imports of products that can be made locally after farmers repeatedly complained of stiff competition making local poultry farming less-profitable. Wainaina said such a bill will help revive the economy ravaged by effects of the Covid-19 pandemic.

Wainaina  who spoke while distributing Sh.4.8 million cheques from Uwezo Fund to 45 groups from the constituency over the weekend said they have identified 300 products that need to be safeguarded including eggs, milk, covid-19 innovations and Jua Kali products.

The cheap eggs imports mostly from Uganda and China that caused huge outcry from farmers last year necessitated the conceptualisation of the bill.

“Small business enterprises are the growers of any economy as they create value at the lowest community cadre, thereby helping in alleviation of societal problems.

“The idea is what is made in Kenya should not be imported. We want to safeguard the market to ensure increased local production and stabilized industries and ventures. We cannot start talking about efficiency when we have not bolstered our production. First, we create a market, then production goes up. It is a process and no stage should be disregarded,” said Wainaina.

Covid-19: How a poultry farmer can stay afloat