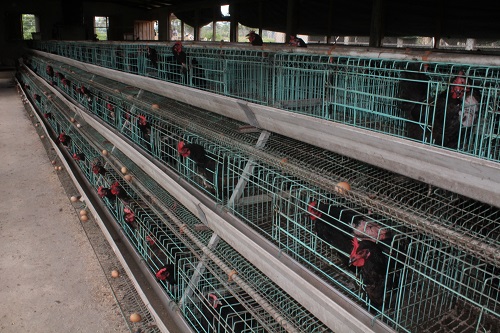 The inability of Liberian commercial poultry farmers to increase production has made Liberia to depend largely on imported alternatives since the end of the civil war. According to stakeholders, the country spends nearly 1 million United States dollars annually to import poultry and meat products to ensure food security.

Passion Farm, a local poultry enterprise located on the outskirts of Gbarnga City, Bong County, is working to change this trend. The facility currently produces 5,000 affordable eggs for the Gbarnga market on a daily basis, to afford rural residents to improve nutrition and help reduce Liberia’s dependence on food import.

Established in 2019, the enterprise provides employment for several vulnerable youth and women. There are five permanent staff and several daily hires.

According to Tornola Varpilah, owner of the poultry farm, he plans to expand on the facility within the next few weeks as the supply of eggs is expected to increase to 20,000 daily, which will extend the market to Ganta, Totota, and major surrounding towns.

Mr. Varpilah, former Transport Minister during the administration of former President Ellen Johnson Sirleaf, spoke to the Daily Observer recently on his farm in an exclusive interview.

The significance of the farm

Varpilah stated that he has established the farm to enhance food security and create employment for the residents as well as support social programs within the community.

“With the existence of the farm, many residents and businesses in Gbarnga are no longer depending on imported eggs. Passion Farm eggs are now dominating the market,” he said.

According to him, since the farm was established, students have obtained contracts to generate money to further their education. The farm has also provided employment for women to generate incomes to avoid dependence on husbands or boyfriends who most of the time use domestic violence against them.

“The issue of gender-based violence was high in the communities. But this farm is now helping to reduce the effect of the menace as the women are working to raise monies. Many rural men use women to do most of the farm work which makes the women tired, and the men beat on them when they cannot fulfil their sexual desires,” Mr. Varplah said.

Varpilah added that he is also using income from the farm to provide scholarship for less fortunate children and support recreational activities for kids.