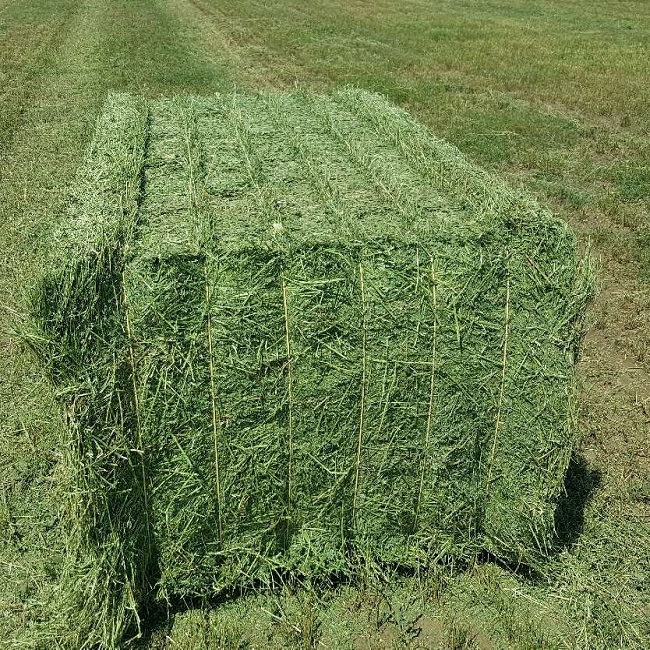 Farmers who purchased nitrogen to boost pasture growth likely paid up to 40% more this year. Cattle producers are not only experiencing high prices for grain, Bailey explains, but also high prices for inputs such as fertilizer and fuel.

Still, that increase has not carried over to the hay markets just yet. Bailey says it is setting up for a scenario where “good hay is undervalued in today’s market, and bad hay is probably overvalued relative to what it is.”

However, the kind of hay farmers are buying or putting up matters to keep animals in good condition. The key is testing hay and understanding your results.

When cattle are in good condition and hay is cheap, farmers tend to forgo a hay test. Bailey advises against that practice. With margins so tight and the high price of traditional feeds such as corn and soybeans, Bailey says hay testing is an “invaluable tool” for beef producers.

Hay should be tested at least 45 days before feeding and include at least 10 bales. It is important to determine if hay is deficient in macronutrients before feeding. Bailey focuses on protein and energy.

“In Missouri, most often what I see is inadequacies or deficiencies in energy in common grass hay,” he says. If hay is short in either area, farmers may consider adding a supplement.

How to read feed test

Understanding a feed test for hay is critical to managing supplementation. However, Bailey says the results are often “daunting” to decipher for cattle producers. When farmers receive a feed test, it has up to 60 data points — they can be on a wet or dry basis or on an as-fed basis.

Bailey breaks down how to interpret the information.

First, ignore the wet basis. Bailey says cattle producers should be interested in expressing feeds without the water. The only time that the water comes into play is in a situation with baleage.

On a wet basis, for instance, with fescue baleage, the crude protein would come out under 4%, which Bailey says is well below the nutrient requirements of beef cows. But when the water is taken out and it is expressed on a dry basis, crude protein is close to 11%.

Second, look at total digestible nutrients, or TDN, for energy. “TDN value is based on the fiber content of the forage,” Bailey says, “so they don’t measure energy directly.” He explains that the feed test lab measures the fiber content or acid detergent fiber (ADF). The more lignin, the more cellulose there is in a feedstuff, the less energy.

Most Missouri hay is adequate in terms of protein, but inadequate for energy. Bailey says lick tubs do not make up for energy, adding that farmers should not spend money unnecessarily on these types of supplements.

Third, if you’re uncertain of the results, get advice from MU Extension or a local nutritionist. They can assist in determining if a farmer should feed hay alone or add supplements.

When looking at this year’s hay crop, cattle producers need to think ahead to the fall and winter seasons because the way the grain markets look now, Bailey says, feed prices will likely stay high. Testing hay is one way to make sure cattle have the right nutrient requirements and possibly save money on additional supplements.