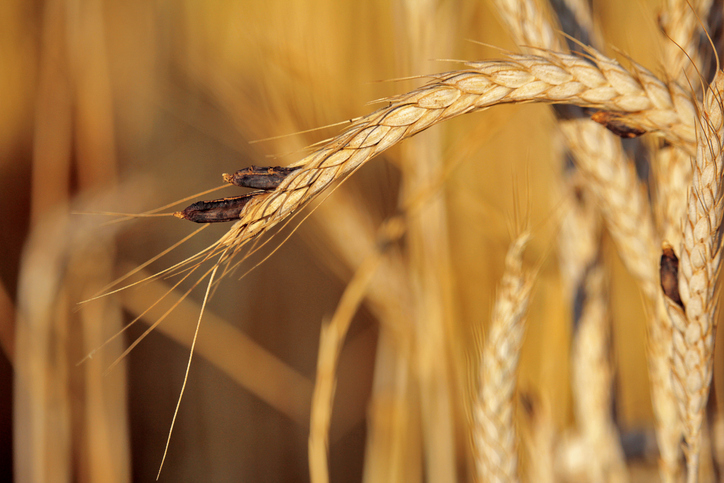 Weather conditions may lead to ergot problems for cattle and other livestock grazing grass this summer.

Cool, wet springs followed by hot, early summers are the right climatic conditions for ergot fungus to grow in grass. This fungus, Claviceps purpurea, produces compounds called ergot alkaloids, which act similarly to those found in endophyte tall fescue grass. They are toxic to livestock, if consumed in excess.

Ingestion of ergot alkaloids produced from the ergot fungus negatively affects animal performance by vasoconstriction of small arteries that results in reduced blood flow to extremities, leading to the loss of tips of ears and tails, as well as a rough hair coat.

High levels of ergot alkaloid-induced restricted blood flow can also cause lameness, similar to what is seen with “fescue foot” during the winter months, along with joint swelling and sloughing of hooves.

Blood flow reduction also decreases the animal’s ability to dissipate heat, which can result in heat stress, weight loss and extended periods of time in water or shade. Davis urges livestock operations to be aware of these symptoms, and if they arise, remove animals immediately from the pasture and forages to help prevent further problems.

“Monitor pastures or hay regularly to determine if the fungus has infected any grasses, as evidenced by the presence of ergot sclerotia, which are also referred to as ergot bodies,” Davis says.

The fungus produces a sclerotia, which replaces the plant ovary tissue and seed head. It shows up on the plant as dark brown, purple or black bodies, sometimes described as resembling rodent droppings. These sclerotia typically are found in grasses such as brome, timothy, tall fescue — even that which is already infected with toxic endophyte — and orchardgrass.

Since there is no practical way to eliminate the ergot-producing fungus from the pastures, Davis urges careful inspection of fields annually to determine the presence and severity of the ergot infection, which helps in planning to reduce the negative effect on livestock during the summer grazing season.

“Grazing or clipping pastures to reduce animal consumption of ergot-infected seed heads is a practical way to reduce the incidence of ergot intoxication or ergotism in your livestock operation,” Davis says.

Making ergotized grasses into hay is another way to remove a significant portion of the mature ergot bodies from infected grasses, Davis says. However, Davis urges close inspection, testing this hay for the major ergot alkaloids and adjusting consumption to reduce the negative effect on livestock during feeding.