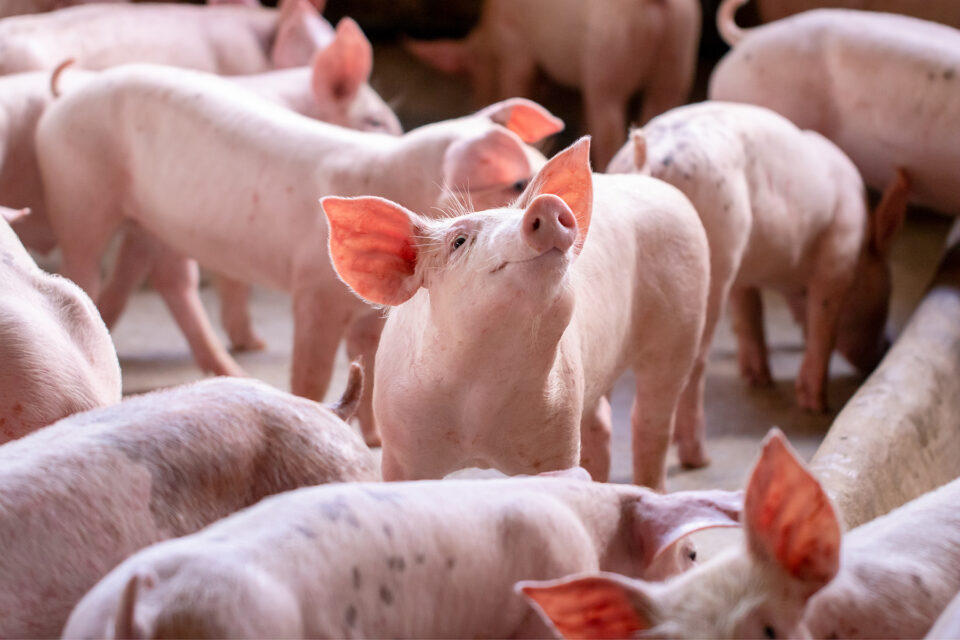 Endotoxin-related problems are not isolated cases and occur even on well-managed farms. This is because intensive feeding and feed changes lead to a build-up of endotoxins, which are released by gram-negative bacteria in the digestive tract. Should a surge of endotoxins exceed the liver detoxification capacity, the endotoxins will trigger excessive immune responses, thus increasing the risk of ear and tail necrosis, throwing the immune system into disarray and further increasing the risk of disease and fatalities in the animals.

Anta®Catch is particularly innovative in the way it helps pigs, farmers and feed producers combat endotoxins. Due to its triple mode of action, Anta®Catch effectively diminishes the harmful effects of toxins: it reduces endotoxins in the digestive tract, its prebiotic ingredients protect the intestinal barrier and its phytogenic substances counteract excessive inflammatory responses.

A recent trial has now demonstrated how this combination of effects impacts a well-managed pig farm in practice.

In addition to performance parameters, the numbers of ear and tail necroses, treatments and fatalities, derived from the numbers of sick and dead pigs respectively, were recorded.

The results are impressive. The performance parameters were high in both groups (FCR 1:2,71). In the first fattening phase, when the pigs are at particular risk of elevated endotoxin levels due to feed change and other stressors, the animals in the Anta®Catch group were 484 g heavier than those in the control group (day 14: 44.96 kg vs 44.48 kg). In addition, feeding with Anta®Catch significantly reduced the numbers of necroses, treatments and fatalities throughout the trial. In fact, the Anta®Catch group had almost 90 per cent less ear and tail necroses (Fig. 1 a), almost 60 per cent fewer medical treatments (Fig. 1 b) and half the number of fatalities (Fig. 1 c) in comparison with the control group.

Fig. 1: Effects of feeding with Anta®Catch on necrosis (a), treatments (b) and fatalities (c)

The impressive results show that feeding with Anta®Catch successfully reduces necrosis, the use of medication and fatalities, and consequently significantly diminishes the burden of endotoxins on the animals. A definite win, both for animal welfare and for profitability.

You want to prevent endotoxins consistently? We can help you: Contact our expert on the use of Anta®Catch for you and your customers.

Cobb Welcomes Over One Thousand Students to Free Online Academy