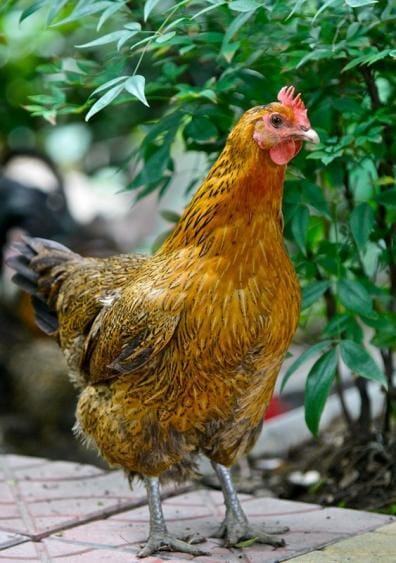 New findings about viral regions in the DNA of chickens could aid productivity for smallholder farms in developing countries.

Disease could be better managed in smallholder flocks, thanks to key discoveries about parts of the genetic code of chickens derived from viruses.

The findings aid understanding of these elements of the genome, which are remnants of historical Avian Leukosis Virus subgroup E (ALVE) infections.

These viral sections of the genome can give rise to harmful molecules, which hamper birds’ growth and productivity, but their presence can also prevent related external viruses from causing infection.

In smallholder flocks, their contribution to disease prevention may outweigh their impact on productivity, according to the research.

An international team of scientists led by the Roslin Institute searched for and analysed ALVEs in the genetic codes of more than 400 chickens from villages in Ethiopia, Nigeria and Iraq.

A diverse mix of ALVE types was found across the range of birds, in the first such study to focus on non-commercial chickens. Scientists found 850 previously unseen ALVE types, trebling the number documented to date.

The study could pave the way for further research to understand the role of each ALVE in immunity against external viruses.

Such insights could help manage breeding and improve the health of flocks in low- and middle-income countries.

The study, published in Genetics Selection Evolution, was funded by the Centre for Tropical Livestock Genetics and Health (CTLGH) through a Biotechnology and Biological Sciences Research Council (BBSRC) Impact Accelerator Award and involved researchers from the CTLGH, the International Livestock Research Institute, and partners in Africa and Iraq.

In a related study, researchers described the two ALVEs found in the standard reference genome for chickens – a dataset used by scientists for research.

The reference sequence remains vital for the research community, however, its comparison to the genomes of modern and pre-domesticated chickens should be considered when undertaking research, scientists say.

The study, in the journal Poultry Science, was carried out by researchers led by the Roslin Institute with their commercial partner Hy-Line International from Iowa, US.