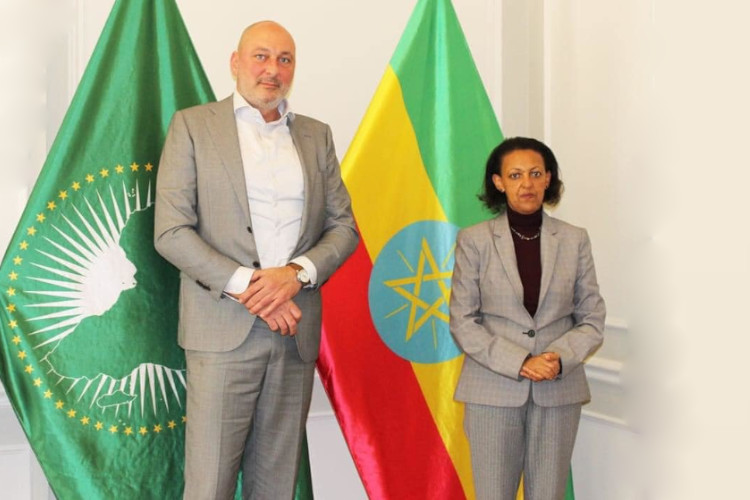 Mr. Jeroen A. Beijer, a Commercial Director of the company is in Ethiopia to discuss with Ethiopian Government officials about their plan of investing in the country’s livestock sector. He met with Ambassador Hirut Zemene of the Ministry of Foreign Affairs on Thursday (February 24) to discuss its new project in Ethiopia, according to the information the Ministry disseminated.

The company develops knowledge, services, and products to improve hygiene in livestock farms. Both sides exchanged ideas on the collaboration that the company has started with the FDRE Ministry of Agriculture in the Livestock sector.

Ambassador Hirut appreciated the company’s interest to engage in Ethiopia a country with more than 160 million heads of livestock population.

She further stated that this project would improve the trade efficiency of the sector especially by preventing contraband trade of live animals and helping small scale livestock owners.

The Schippers Group is a family owned company founded by Martien Schippers in 1966.

In Ethiopia according to the Central Statistics Agency (2020b), out of the total annual milk production, 50% was used for household consumption, 10% was sold, only 0.56% was used for wages in kind, and the rest (39%) was used for other purposes (such as to produce butter, cheese, yogurt, etc.).

Even though Ethiopia is known as the top in Africa having huge number of livestock with with 65 million cattle, 40 million sheep, 51 million goats, 8 million camels and 49 million chickens in 2020, the country has not been able to fully utilize its potential due to several challenges, including gaps in animal health service, marketing, and management, according to studies.

Rwanda on Course to Wean Herself Off Poultry Imports

How climate risk insurance can step up livestock rearing