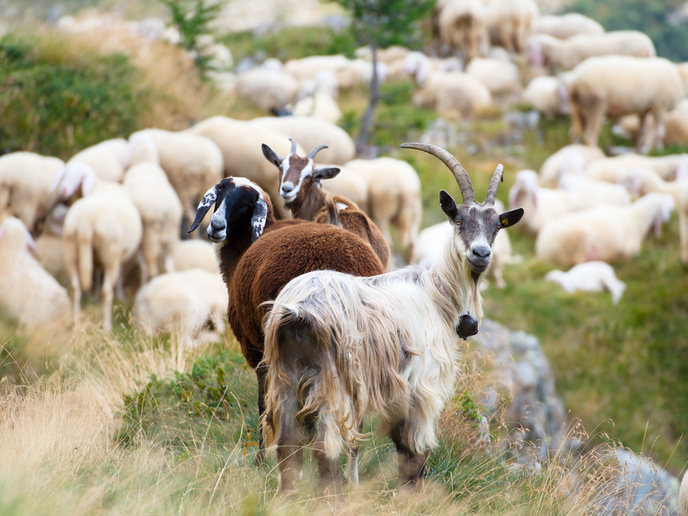 Infectious diseases are the cause of lower rates of fertility, productivity and survival in livestock around the world. The high costs of fighting these diseases greatly reduce the profitability of livestock production. While this has led to a lot of research focusing on breeding disease-resilient livestock, its implementation in breeding programmes is still uncommon. In response to this problem, researchers supported by the EU-funded SMARTER project explored how future breeding programmes could benefit from recent research on disease resilience. Their findings were published in the journal ‘Genetics Selection Evolution’. According to the study, there are new exciting opportunities to breed more disease-resilient livestock. These are afforded by recent advances in genomic and phenotyping technologies and gene editing, accompanied by promising developments in statistical methods. Such approaches and the resulting data will make it possible to optimise animals’ responses to specific pathogens and identify animals that have a high genetic resilience to many diseases. “Managing infectious disease continues to place a heavy toll on livestock producers and the animals they raise,” stated Prof. Andrea Doeschl-Wilson of project partner The University of Edinburgh in a news item posted on the university’s website. “By applying new statistical methods to big data from genomic and automated recording technologies, we can breed livestock that are more resilient to infection.” The researchers developed mathematical models to establish how disease resilience affects livestock productivity. In these models, they defined disease resilience in terms of two traits: resistance (an animal’s ability to remain unaffected by the harmful organisms infecting it), and tolerance (an infected animal’s ability to limit the damage caused by infection). Data was used from a previous study on pigs infected with porcine reproductive and respiratory syndrome – an infectious disease that has had a major economic impact on the global swine industry. The findings showed that the economic value of selective breeding based on disease resistance and tolerance in infectious conditions can be more than three times higher than breeding based on production traits in disease-free conditions.

The team studied the consequences of ignoring resistance and tolerance in breeding programmes that measure resilience as production in infectious conditions where the number of harmful organisms infecting the livestock is unknown. In particular, they investigated the risk of an unfavourable genetic correlation between resistance and tolerance, in which a trade-off between the two traits might jeopardise any genetic improvement in disease resilience. Four alternative approaches to setting up a disease resilience breeding programme were proposed. The first approach involves recording infection levels and production traits in livestock over time to determine how resistance and tolerance affect the animals’ response to infection. A second alternative proposed to minimise the risk of unfavourable outcomes caused by trade-offs is to select groups of genes that are known to have a positive effect on both resistance and tolerance. The third approach is to rapidly modify disease resistance or tolerance to near-complete levels. The fourth alternative is to consider fundamentally different approaches that define resilience as the animal’s capacity to resist or recover from an infection. The SMARTER (SMAll RuminanTs breeding for Efficiency and Resilience) project is investigating how genetic selection can help to increase resilience and efficiency in livestock, in particular sheep and goats. The 4-year project ends in 2022.