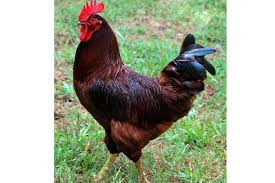 For people that crave for a new chicken taste, attention has turned to Sasso chicken. Established in Sabret, France in 1978, by Selection Avicole de la Sartha and Sud Quest, a major player in France’s chicken breeding business that supplies genetics for birds, Sasso is gaining prominence, especially among farmers.

Sasso vs Kuroiler
Sasso chicken is a duo purpose breed which can be used for meat and eggs. They are bred from original parent breeding stocks imported from France.

Compared to Kuroilers, Sasso are 364 per cent superior in body weight at 18 weeks. Kuroiler itself is 345 per cent compared to the indigenous varieties.
Sasso’s egg production ranges from 170-171 eggs compared to 156-168 for Kuroiler.

The pedigreed poultry breed’s presence is owed to the efforts of Biyinzika Poultry, a leading supplier of quality chicken and feeds, who introduced them in Uganda in February 2018.

Costs
They supply Sasso one-day old chicks for Shs2,800 while Uzima Chicken, sell similar chicks at Shs3,000. Ugafarm in Nateete are the other known suppliers of the chicken.