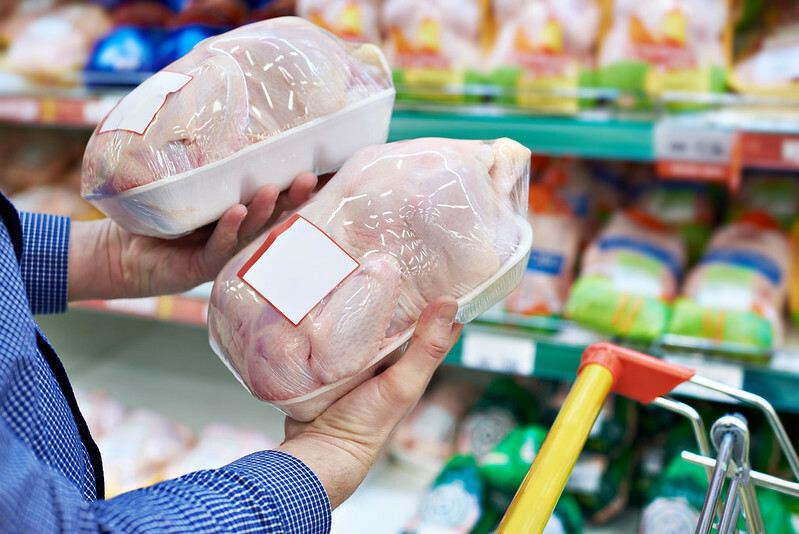 The South African Association of Meat Importers and Exporters (AMIE) is calling for the urgent removal of trade tariffs on all poultry products, a three-year moratorium on any new tariffs, and supports the removal of VAT to ensure cash-strapped consumers will still be able to afford this critical source of protein, the organisation said in a press release.

“We know that chicken is the primary, most affordable and therefore the most important source of protein for SA consumers,” said Paul Matthew, CEO of AMIE. “We also know we are facing a chicken price tsunami due to rampant inflation, global food and commodity shortages, the state of the economy post Covid-19, the impact of the war in Ukraine on global food security, the escalation in fuel, transport and electricity costs, increasing trade tariffs, supply chain disruptions, and the fact that wages are decreasing and unemployment is increasing.”

“South Africans are under extreme financial pressure,” Matthew continued. “As a country, we have to do everything possible to arrest poultry price increases, and the quickest and most effective way to do this is for the government to give the South African consumers relief by placing a three year moratorium on imported poultry tariffs, and the removal of VAT on poultry products.”

In an effort to take economic pressure off consumers, the South African government made two critical interventions, according to Matthew. The first was to cut the fuel levy by R1.50 per litre, and the second was to postpone the proposed increase of the Health Promotion Levy (sugar tax) by a year.

“We applaud the government for these decisive actions,” he said. “It is clear that government recognises the extreme pressure that consumers are under, and knows that it can meaningfully intervene through changes to administered prices and regulation.”

“It can do the same for chicken,” he added.

“I’ve seen how consumers in townships are increasingly struggling to afford chicken,” he said. “While their wages stay the same, or decrease, they are finding it increasingly difficult to put nutritious food on the family table. The removal of tariffs and VAT on poultry will provide much-needed relief both for consumers and local businesses.”

According to the March report released by the Pietermaritzburg Economic Justice and Dignity Group (PMBEJD) on 30 March, the Household Food Basket increased by 10.2% year-on-year, between March 2021 and March 2022. The price of chicken increased by 11% in the same period, on the back of a steady 10% annual increase over the past ten years.

While the price of food is increasing at an alarming rate, South Africans are getting poorer, which exacerbates their vulnerable position. The price of fuel was R14.86 in January 2021, and is now a staggering R21.96 per litre, and transport costs for poor South Africans have increased by 14.3% year-on-year. Electricity costs went up by 9.61% on the first of April. Wages have decreased, to the point where, according to PMBEJD, 55.5% of South Africans, and 64.2% of black South Africans are living below the upper band poverty line (UBPL). The report also shows that those struggling to survive are likely to underspend on food by 37.2%.

According to StatsSA, unemployment in Q4 last year increased to 35.3% from 34.9% in the previous quarter. This was the highest level since the start of the Quarterly Labour Force Survey (QLFS) in 2008. Youth unemployment remains at a staggering 65.5%.

Donald MacKay, trade economist and director at XA International Trade Advisors, is concerned about evolving situation. “If you put all this together, it paints a very bleak picture for all South African consumers, and especially the poor and unemployed,” he said. “With the conflict in Ukraine not yet evident in the figures, we are just at the beginning of a sharp inflation curve. This crisis requires the urgent attention of our government, who need to act quickly, and decisively to ensure that growing food insecurity doesn’t translate into further social unrest, as witnessed last year.”

A quick win, says Matthew, would be to remove all tariffs and VAT.

“Two of the most popular chicken product categories for lower income households are bone-in chicken pieces and chicken offal,” he said. “As an example, should tariffs be dropped, there could be a 33% saving on the delivered price of bone-in-cuts of chicken into the Gauteng market. This is based on current international pricing levels. As a further example, for chicken offal, based on international current prices, the delivered pricing levels into the Gauteng market could be reduced by between 18-20%. This would have a profound impact on consumers’ ability to afford this critical protein source,” says Matthew.

MacKay agrees, saying: “Like VAT, tariffs are simply another tax on consumers, but one that directly threatens food security in South Africa.”

In March 2020, import tariffs on poultry increased from 37% to 62% on frozen bone-in chicken portions, a product most consumed by lower income South Africans, and increased on frozen boneless portions from 12% to 42%. In addition, in December last year, Government levied new provisional duties on poultry imports from Brazil, Poland, Spain, Denmark and Ireland. The duties range from 6% to 265.1% for various poultry producers from Brazil, from 39% to 67.4% for Denmark, 158.42% for Ireland, 5% to 96.9% from Poland, and 3% to 85.8% from Spain. These provisional duties will remain in place until June 14 this year.

Matthew explained that chicken imports from South Africa’s trade partners account for just 14.9% of all chicken consumed in the country, but are critical in maintaining a healthy balance between availability and affordability. This excludes the import of mechanically deboned meat (MDM), which South Africa does not produce but which is critical for the production of further processed products.

“The competition provided by a small import market has a material impact on keeping the price of chicken in check for consumers,” he said. “South Africa is currently only producing around 80% of the country’s overall poultry demand, and is specifically unable to meet demand in certain cuts, such as chicken wings and leg quarters. Consequently, imports, even at such a low level, are essential and become even more critical when South Africa experiences frequent outbreaks of disease.”

“It’s important to note that, based on SARS data, chicken imports (excluding MDM) have in fact decreased by 41% between 2018 and 2021, with bone-in imports decreasing by as much as 53% for the same period,” he added. “The pressing challenge for South Africa is not imports, but rather the ever-rising price of chicken, and consumers’ diminishing ability to afford it. Removing VAT and all tariffs will provide South Africans with some breathing space.”