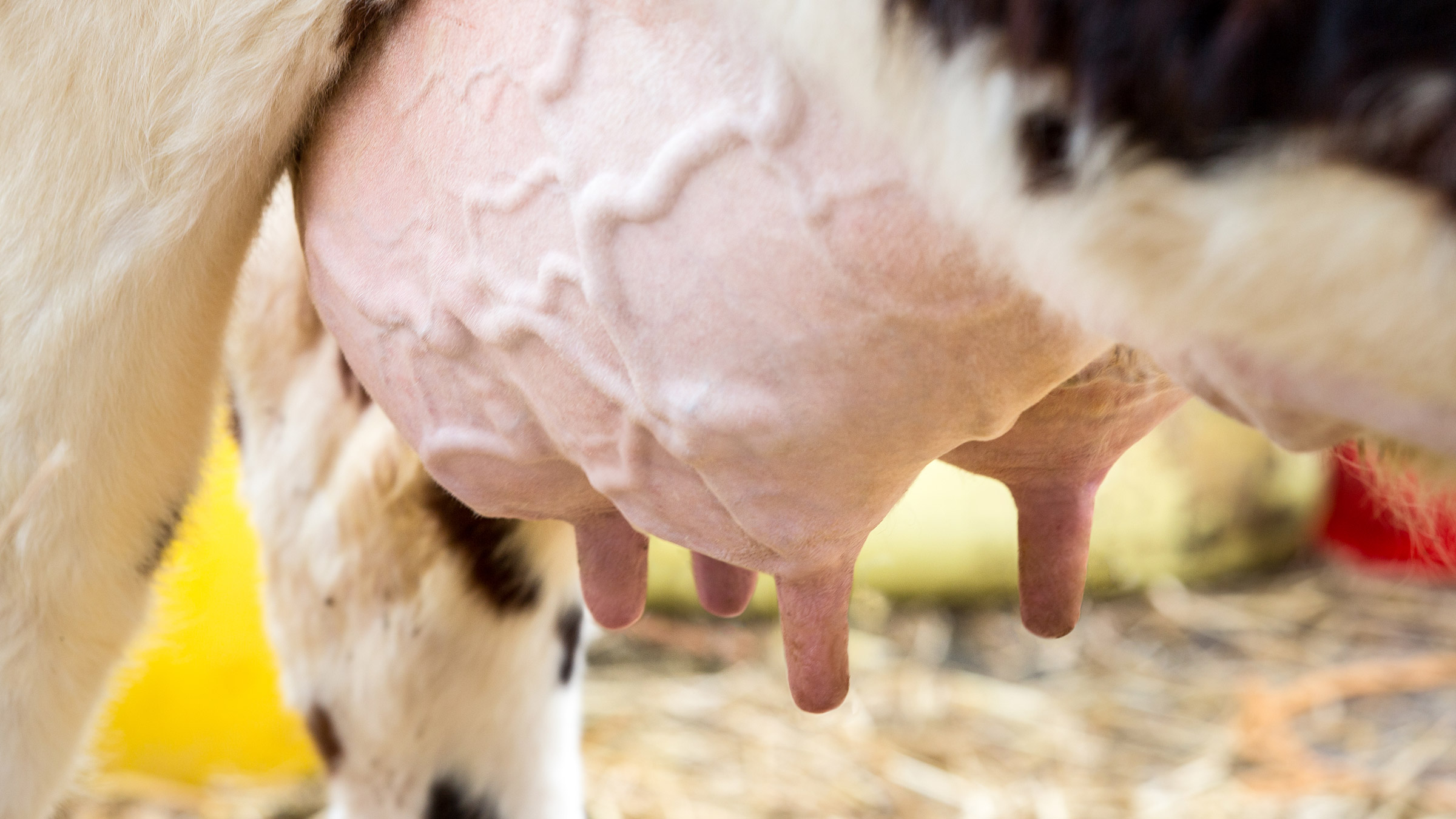 It is easy to overlook a case of mastitis, particularly if there are no visible signs. And checks at the bulk tank or composite samples mean producers still run the risk of missing individual cases due to the dilution by milk from other healthy quarters and cows. Mastitis results in waste and lost income due to milk losses, potentially high veterinary bills, including the more wide-spread use of antibiotics and negatively impacts cow welfare. Catching it early is a win-win for everyone.

Alongside optimizing feed efficiency, promoting udder health is still the primary method for improving profitability on dairy farms. Despite the many epidemiological studies that have been conducted, as well as the treatment and mastitis control programs that have been established all over the world, mastitis still ranks as the number one issue facing farmers when it comes to cow health.

We sat down with Dr. Susanne Klimpel, Head of Product Line Management for Components and Farm Management at GEA Farm Technologies, to get a better understanding of what’s happening in this area of animal science and the dairy sector and what GEA is doing to help farmers better monitor and manage mastitis.

Mastitis is a persistent problem for dairy farmers. What is the current situation?

SK : During the last decade there have been several changes related to udder health and hygiene which require new or adapted farm and herd management practices. For example:

Explain what mastitis is and the effect it has on cow comfort, health and milk productivity?

SK :  Mastitis is essentially an inflammation of the udder tissue. The invasion of bacteria inside the udder may lead to an infection but not necessarily lead to inflammation. The most common symptoms include swelling, heat, redness, hardness or pain. Other indicators include abnormalities in milk such as a watery appearance, flakes or clots. Other cases may be subclinical – that is asymptomatic. Left unchecked, however, mastitis can be fatal.

An organic, iodine-free post milking teat care and disinfection product, GEA SalvoSpray AMS is designed for automated but also suitable for conventional milking systems. Based on lactic acid, which is naturally occurring, it safely kills pathogens which can cause mastitis while ensuring good teat condition.

An increase in somatic cell count (SCC) is an indicator of inflammation and the level of bulk milk SCC can translate into a loss in milk production at the herd level. However, inflammation, increase in SCC and even clinical mastitis does not mean that bacteria can be isolated. Reduced milk production, a higher culling rate and additional treatment expenses are the greatest challenges dairy operators face when it comes to udder infections. Likewise, there is a risk of undetected cows shedding bacteria and infecting other cows.

What are the disadvantages with traditional methods for measuring somatic cell count?

SK: SCC indicates an immune response of the udder tissue. It can be monitored in various ways: via the bulk tank, by taking composite milk readings (a combined sample from all four teats) or by taking samples from individual teats. The first two methods have been used for decades, with the information made available either from the dairy processor or via on-farm milk recordings using sensor technology, either on farm or in the laboratory. Quarter level samples, meaning from each udder, have not been used widely, given their tendency to be time-intensive and costly.

Although bulk milk somatic cell count (BMSCC) provides an overview of udder health, the quality of this information is limited. A high incidence of new clinical infections may not be revealed by an increase in BMSCC as milk from clinically infected cows should not be delivered to the dairy processor but rather discarded. On the other hand, a high number of subclinical infections, which may often be chronic, will lead to an increase in BMSCC. Subclinical infections are more difficult to identify than clinical cases, necessitating individual cow observation and examination. As increased SCC leads to a reduction in milk production, the effect of high SCC cows is masked and may go undetected until a critical level is reached in the bulk tank or the infection becomes clinical. And as already mentioned, there is a risk of undetected cows shedding bacteria and infecting other cows. The SCC in the bulk tank gives an indication of udder health for an entire herd, however the clinical and treated cases of mastitis are left out.

Analyses of SCC measurements from individual cows are normally available via monthly milk recordings or by taking herd samplings. However, both strategies are disruptive to farm and herd routines. After laboratory analysis, farmers must wait at least a couple of days for the results. Based on this information, cows with an elevated cell count in the composite milk can be identified; this is extremely important for heifers and freshly lactating cows. In late lactation, this information may be used for decisions concerning the drying-off period.

Although this method does provide some information at the individual cow level, it still leaves much to be desired, largely because it only provides a snapshot of 1-2 milkings per month – revealing nothing about what’s happening in between samplings. A subclinical mastitis, for example, could go undetected if it occurs between two control days. This, in turn, could lead to a decision for drying-off treatment which could subsequently increase the risk of renewed infection in the next lactation cycle. Likewise, if a cow has only one or two quarters with a high cell count and consequently reduced milk production in the sum of the composite SCC, she can still appear ‘normal.’

How is GEA helping dairy farmers detect mastitis quicker so it can be managed more effectively?

SK : GEA decided to take the mastitis challenge head-on. In 2018 we brought the world’s first real-time system for effective early detection of SCC classes in each individual quarter to market. Our solution, the GEA DairyMilk M6850, can be integrated with several GEA automatic milking systems, including the former Monobox, DairyRobot R9500 and DairyProQ, and uses sensor technology to measure SCC classes per quarter. Based on the outcome of each analysis at every milking – a feature unique to GEA’s solution – the farmer can see the result in real time and is alerted to any problematic cases so cows can be further tracked and treated if necessary.

With the GEA DairyMilk M6850 , the milk is analyzed during the entire process, from the first to the last drop, monitoring any changes that occur during milking. This system does not use any consumables, such as reacting or cleaning agents, which means each milking can be analyzed at no extra cost and without discarding milk. For farmers, this technology solves several key challenges, given it:

As milk production and mastitis risk vary throughout lactation, the way to use the information changes as well. At the beginning of lactation, cow and udder are at risk of acute infection, often clinical, due to the transition phase and stress on the immune system. During this time, early detection is important and does have an impact, given quick intervention can reduce drops in milk yield and lead to quicker recovery.

Likewise, treatment progress can be monitored. This means that even if the cow is treated and its milk discarded, cell count per quarter continues to be analyzed at every milking. Decreases in cell count class can therefore be detected immediately. If treatment is unsuccessful and the cow remains at the top of the alarm list, then the treatment can be adapted quickly. After peak lactation, the risk of acute mastitis decreases, however the chance of subclinical infections may increase, either due to an acute mastitis becoming chronic and subclinical, or due to an infection with cow-associated bacteria. These animals can be identified, and either treated, separated or other management decisions taken swiftly.

How does the GEA DairyMilk M6850 contribute to the reduced usage of antibiotics in dairy cows?

SK : Cows are most susceptible to udder infections during the first week after drying off and the period around calving. For decades, prior to drying off, cows would be blanket treated with antibiotics to minimize the number or severity of mastitis cases. However, over time, this practice was identified as contributing to the overuse of antibiotics in dairy cows, which can lead to resistance issues in humans. With the GEA DairyMilk M6850 farmers can optimize drying-off management because the technology allows them to pinpoint individual cases and treat only the cows that need it versus the entire herd, assuming the overall herd situation allows for this. And of course, this means farmers can reduce their financial outlay for expensive medicines.

GEA is committed to helping dairy farmers protect the health and well-being of their herds, reduce their milk losses and increase their profits. The GEA DairyMilk M6850 cell count sensor delivers on all of these KPIs.”– Dr. Susanne Klimpel, Head of Product Line Management for Components and Farm Management, GEA Farm Technologies