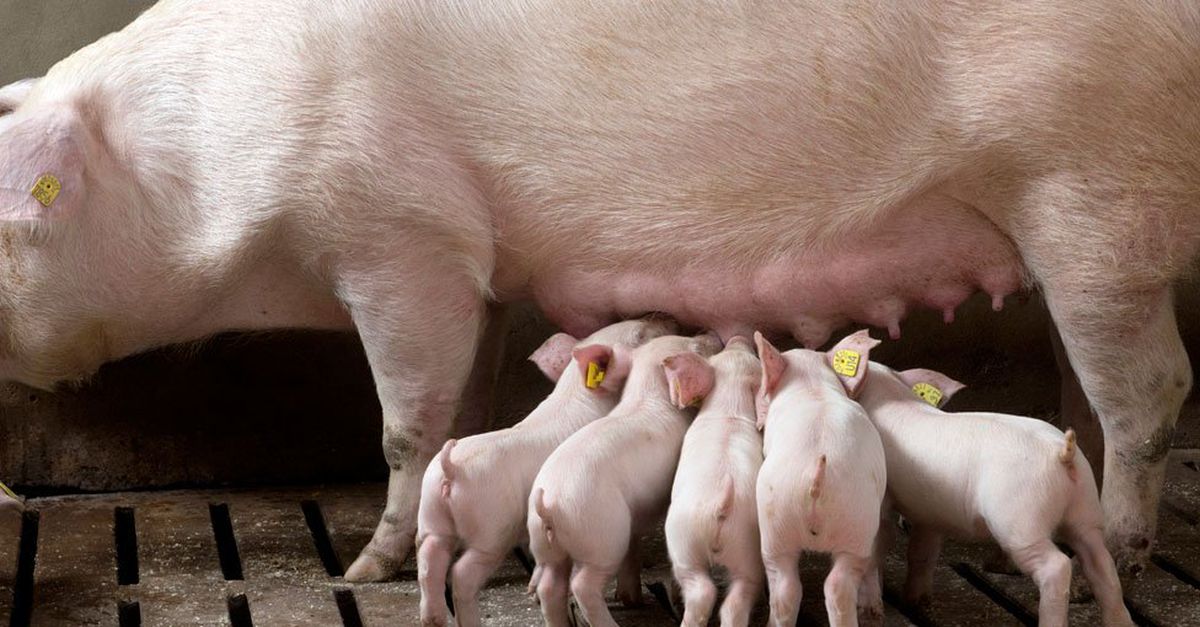 The trial used 18 individually housed sows in farrowing crates. Sows were equally distributed by parity and body condition score to one of the two treatments (nine replicates of one sow per treatment). The trial compared a control group fed with a barley, wheat, wheat middling, rye, soybean meal and maize based diet with a group fed with the same diet supplemented with 1,500 EPU/kg feed of Hostazym® X. The test diets were fed as soon as the sows were moved to the farrowing crates, approximately seven days before farrowing.

The first three weeks were considered an adaptation period to the new feed. In the fourth week, faecal samples from each sow were collected for four consecutive days. Samples were used for analysis of total apparent faecal digestibility of nutrients. Technical performance parameters of the sow and progeny were also measured.

The results, summarized in Table 1 and Table 2, clearly show that:

Table 1. Effect of Hostazym® X on lactating sows and progeny

Including Hostazym® X in the diet of lactating sows at 1,500 EPU/kg: