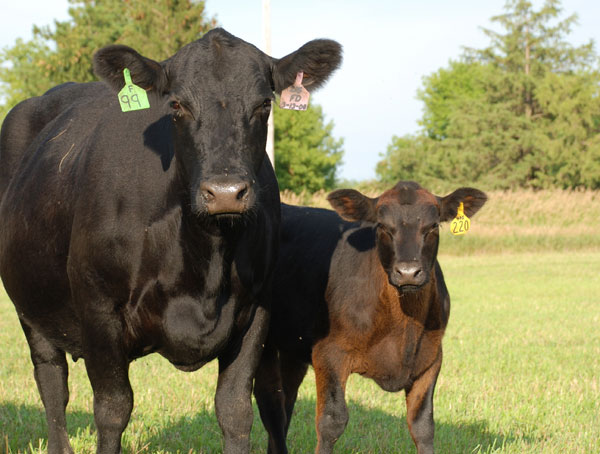 Experts in livestock and beef production have expressed concerns over the low levels of Uganda’s consumption of meat saying, there is a clear need to produce more beef to avoid the country from importing.

The low consumption rate for meat among Ugandans is attributed to the deficit in meat production, poor beef quality and lengthy period of raising and feeding animals to attain the market and slaughter age.

Statistical figures
Experts say, Uganda has 14.2 million cattle, 16 million goats, 4.5 million sheep and 47.6 million poultry.
The country also has 4.1 million pigs plus some donkeys and camels all having a biomass equivalent of 14.7 million tropical livestock units dominated by cattle equivalent to 77 per cent.

Speaking to Seeds of Gold about meat and beef consumption levels and the requirement in Uganda,  veterinarian Dr Mukasa Mugerwa, owner of Bole Farm Ltd, noted that off take for cattle slaughter purposes is 8 per cent amounting to 1,136,000 cattle slaughtered a year.

Breeds
The different breed recommended for farmers in Uganda are Friesian cattle, Jersey, Ayrshire, Fleckvieh and Brown Swiss and for animals such as goats and sheep the management practice may differ because the latter are not heavy feeders. The goat breeds are mainly indigenous which include Mubende goats, Kigezi breed, the Small East African goats mainly reared by farmers in West Nile and eastern Uganda, Karamoja goat suitable for arid regions and Sebei goat suitable for high altitude areas.

Cows which are on heat usually stand stiff with swollen vulva and virginal discharge ready to be mounted. But for Friesian breeds, they are silent in showing signs of being on heat therefore a farmer must be on the lookout for signs early morning and in the evening when the weather is cool.

In conducting artificial insemination, this must be done 10 hours after detecting the cow is on heat.

Feed management
The experts contends that a farmer who is aiming at feeding his cattle at all times must determine availability of pasture and other additional nutritional feeds.

The pasture can be on an established farm meant for growing pasture or improve on the existing pasture by planting improved grass and legume species.

It is important to plant legumes such as Lablab, Calliandra and Centrosome and grass species such as brachiaria mulato, Rhodes grass, Napier grass and Chloris gayana.

In each paddock there must be a water facility for the animals and the recommended accessible distance is 100 metres. It is good to divide the paddocks into age groups, make sure calves, weaning animals, heifers, first delivery cows and animals in lactation have separate paddocks.

Heifers which are fed on high protein food will become too fat and consequently become infertile.

Nutrition
The feed rations must be balanced in respect of nutrient content and must be matched to the type of animal fed, which is cost effective to the farmer.  Dietary aspects bearing on the success of pen fattening include feed composition, digestibility, palatability and intake.

For maize-based diets, 20 per cent roughage is required for good performance. It can also be included at higher levels of 30-35 per cent for older animals or laminitis prone animals. Keeping records of animal performance for monitoring results is important.

Structure
A floor space allocation of 9-14m square is ideal depending on size and breed. However, for large groups of animals, one can go down to a stocking density of 7.5 square metres.

Feeding space allocation should be 30-50cm.  A water reserve that carries two to three days’ supply must be installed in case of pump or borehole failure. Water troughs must be easy to clean and drained.

Diseases
Diseases such as rumenstasis, acidosis, laminitis and urinary calculi can be a problem in feeding points.
Prevention is always better and these can be done by spraying recommended acaricides.

The services of a veterinarian scientist to advice on disease prevention and the treatment of sick animals must be sought by farmers.

Crowded accommodation can cause rapid spread of infectious diseases so it is important not to crowd the animals. Keep the feeding environment clean.