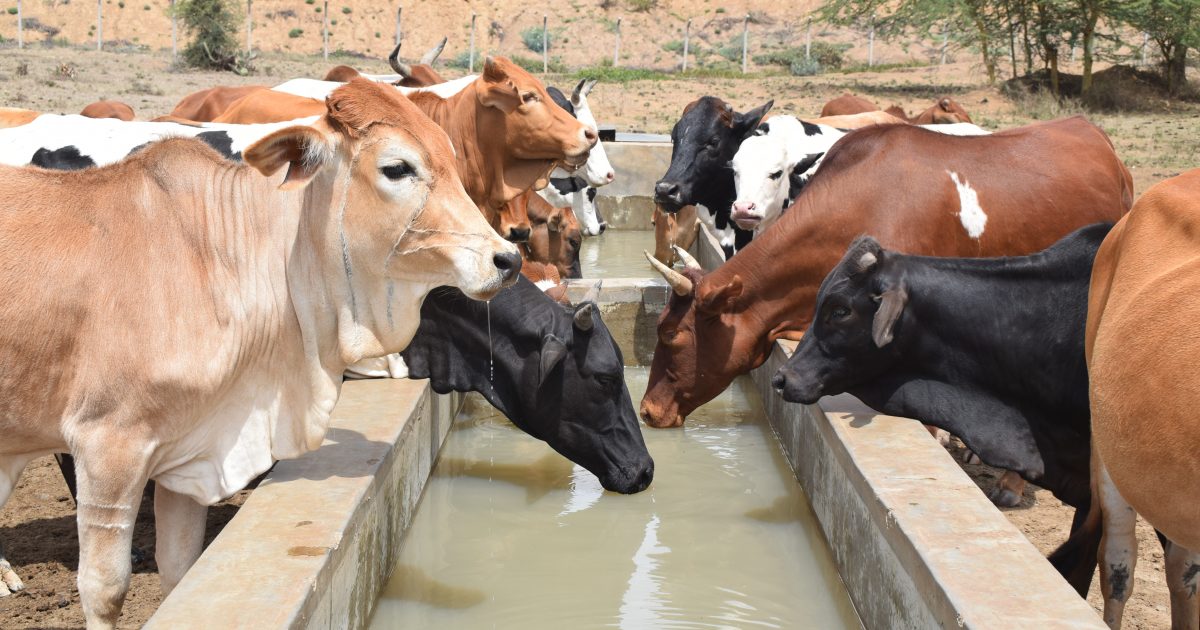 Livestock farmers in Kericho County will soon benefit from a Hides and Skins manufacturing plant to be constructed in Athi-river – Machakos County to avoid wastage of skins and hides after animals are slaughtered.

Principal Secretary Ministry of Agriculture – State Department for Livestock Mr Harry Kimutai observed that livestock farmers in the country were losing millions of shillings due to the wastage and loss of hides and skins after they slaughter their animals as a result of lack of a government tannery.

Mr Kimutai said this during a courtesy call on the Kericho County Commissioner Mr Karungó Kamau.

He further said livestock farmers in Kericho would immensely benefit as a result of the development and construction of the tannery factory in Athi-River since they will have a place to market their hides and skins.

“Livestock farmers in the County should not throw away their hides and skins after slaughtering their animals since the government will soon provide a market for their products and it will be beneficial to the livestock farmers and pastoralists,” Mr Kimutai said.

The hides and skins finished products inform of tanned leather would no longer be imported since local industries that manufacture leather products like shoes, belts, hand-bags, wallets among others will easily source the materials within the country, hence encouraging buy-Kenya build Kenya.

The PS later on presided over a tree planting exercise at Mercy Girls High School in Kipkelion West where over 4,630 tree seedlings were planted that included 650 indigenous trees that included bamboo trees and cedar trees.

Mr Kimutai emphasized the importance of tree planting as a way of increasing the national tree cover to attain 10 per cent forest by appealing to the students in the school to cascade to their homes, especially when marking birthdays and special occasions.

He said they should plant trees as a way of marking the occasions as this will go a long way in improving the forest tree cover in the country.

The PS was elated that the school had maintained a culture of tree planting which has now progressed and produced a canopy of trees making the school beautiful and attractive which he said should be replicated by other schools in the country.

Mr Kimutai observed that Covid-19 has taught Kenyans the importance of oxygen which is freely given by trees and now it’s a wakeup call on Kenyans to increase trees in their environment as a way of both encouraging the production of more oxygen which is also needed to save lives by those admitted at the hospitals.

He said the effects of global warming were being felt in the country and added that one way of mitigating the effects is planting more trees.

Global warming has had a devastating impact on natural resources in Kenya as water levels in lakes are receding. Mr Kimutai urged Kenyans to plant more trees to mitigate harsh climatic changes.

Mr Kimutai also stated that livestock in the country depend largely on forests since they attract rains which enables the growing of fodder and other food crops for animals.

Kericho County Commissioner Mr Karungó Kamau said that Kericho County has already planted over 900,000 tree seedlings this year and more will be planted in the expected coming rains.

He said that the County was targeting to plant more trees in its degraded forest sites in the Kericho Mau-West Forest, learning institutions, and other open grounds as a means of increasing the forest cover in the County.

The School Principal Sister Lilian Nyaboge thanked the PS and his team for honouring the school promising that the school will reciprocate the gesture by working hard and sending more students to the university and other institutions of higher learning.

Tips for increasing production on your livestock farm