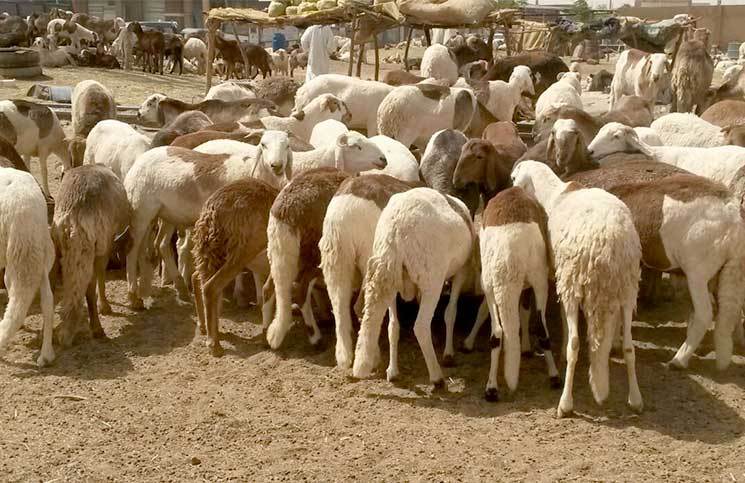 Sudan’s Minister of Animal Resources reported yesterday that the number of livestock exported during the first half of 2021 exceeds that of former years.

Minister Hafiz Abdelnabi said in a press conference in Khartoum yesterday that the livestock sector faces various challenges, including a lack of accurate statistics for livestock in the country as well as adequate infrastructure, means of transport, and laboratories.

Mohamed Yousef, Director of the Quarries Department at the Ministry, added that the problem of various diseases among the livestock has been solved and “the immunity of the livestock is under control”. Of the 122 ships sent this year (most of them to Saudi Arabia and the Gulf) so far this year, only three were returned.

In October 2019, Saudi Arabia stopped importing livestock from Sudan after the Sudanese Ministry of Health announced an outbreak of Rift Valley fever. The export resumed in June 2020.

The export of livestock and meat represent an important source of hard currency for Sudan’s state treasury.

After a meeting with the Turkish Ambassador to Sudan on Wednesday, Minister Abdelnabi said that Sudan is seeking to export meat products to Europe via Turkey.

Rwanda: Grazing From a Protected Area Could Get You Fined Rwf3 Million Under New Law