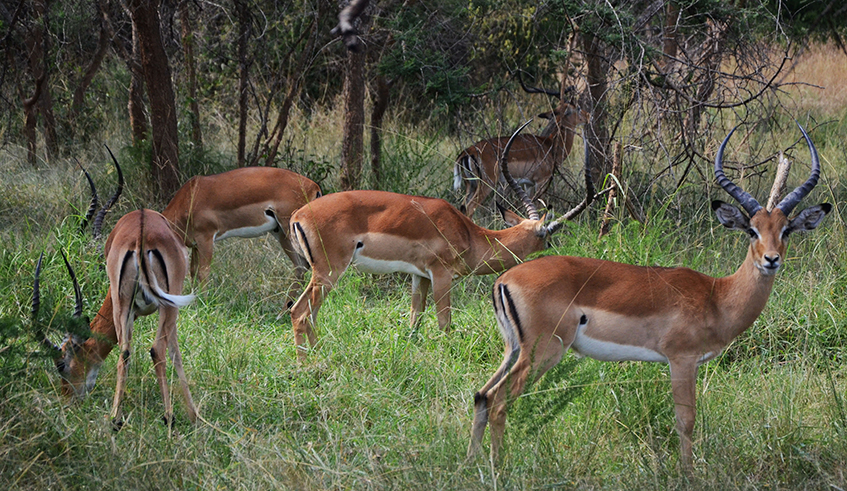 A person who enters or grazes a domestic animal in a protected area commits an offence. Upon conviction, they are liable to a fine of not less than Rwf100,000 but not more than Rwf3 million. This is the provision in the article 52 of the draft law on biological diversity and wildlife.

During the virtual Plenary Sitting of the Chamber of Deputies held on Wednesday, August 11, 2021 in line with debating and adopting articles of the bill, this article was voted for by 57 MPs, rejected by two.

Before being put to a vote, the article had created controversy among some MPs.

However, the vote on all articles of the bill was not concluded on Wednesday. It will resume on a date not yet specified since legislators have gone for recess.

MP Valens Muhakwa said the fine gap (between Rwf100,000 and Rwf3 million) was huge, suggesting that there should be a way to match the fines with the value of the livestock in question so that they do not become excessive in some cases.

“A livestock animal worth less than Rwf50,000 belonging to a resident living near a protected area might trespass. In the event that it is caught, the resident might be fined Rwf3 million because there is no factor preventing the judge to impose the highest fine,” Muhakwa said.

MP Jean Claude Ntezimana said the article does not specify the type of animal in question – whether it is cow, goat, sheep among others, expressing concern that the hefty fines could put under stress the people living around protected area.

“There are [small] livestock that cost less than Rwf100,000, each. The fine for trespass should start at least from Rwf50,000 depending on the monetary value of the animal. There is also a need to consider the means of the concerned people and the location of a protected area,” he said.

“The fact that people live in the vicinity of a protected area, is not their mistake such that they should be under stress of keeping their livestock, which might stray into the area without the owner’s knowledge,” he observed.

For Deputy Speaker, Mussa Fazil Harerimana, it would not be rational to fine a person Rwf3 million for a goat grazing in a protected area, and impose the same fine for a cow for the same reason, suggesting that there should be a way to categorise the fines such as through a ministerial order because of the current huge difference.

However, MP Marie Alice Uwera Kayumba, Chairperson of the Committee on Land, Agriculture, Livestock, and Environment, which scrutinised the bill, said that the huge difference was based on many factors including the number of livestock animals grazing in a protected area and the extent of damages, recurrence of the act, adding that the reason for entering and grazing them there – whether it is intentional or unintentional – can also be considered.

“When a person resides near a protected area, they should be careful,” she said, adding that the Rwf100,000 as minimum fine for entering or grazing a livestock animal in a protected area was really low even compared to other countries in the region.

“If the fine is too small, some people might intentionally do it [graze their livestock in a protected area] during the period of fodder shortage [elsewhere] because they can easily pay it,” she said.