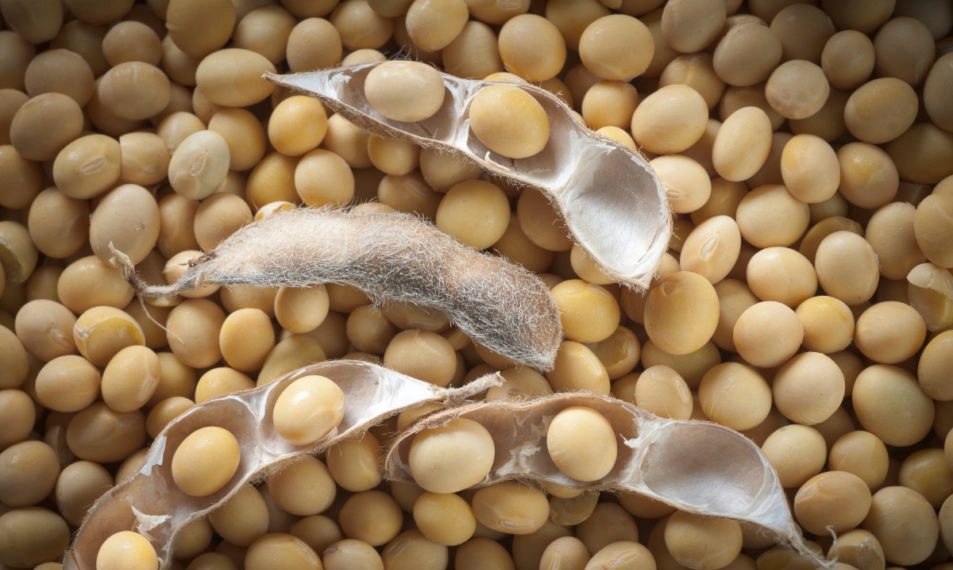 The scarcity of this essential commodity, which Nigeria happens to be its largest producer, is fast crippling the poultry sector.

The price of soybeans, a major ingredient used for poultry feeds, has almost doubled in the last year, according to a market survey by PREMIUM TIMES.

The survey shows that a 100 kilogramme bag of soybeans which used to sell for N12, 000 or N13, 000 last year, has risen to N24,000 this year. Worse, this major source of protein for humans and livestock is not readily available on demand.

Folake Aina, the managing director of VD&S farms, which also deals with poultry products, explained the severity of the problem in that sector of the business in an interview with PREMIUM TIMES.

She said: “Getting Soybeans has not been easy. Every single time we go to buy, the price increases, and the issue is that soybeans and maize constitute about 75 per cent of poultry feeds. They carry the highest rate and are now very expensive. Even to source it is very difficult. The price as of last week was N245 per kg excluding transportation to your location. As of yesterday, it has increased to N290 naira per kg. And this soybean is part of the protein, without it, you won’t have a balanced diet for poultry feed. You can’t short-change this important material else it will short-change you in the production of the poultry, especially since we are rearing for meat and egg.”

The scarcity of this essential commodity which Nigeria happens to be its largest producer, according to the International Institute of Tropical Agriculture (IITA), is fast crippling the poultry sector.

Onallo Akpa, director-general, Poultry Association of Nigeria lamented the scarcity of soybean in the poultry business.

He explained that a tonne of soybean which used to sell for N160,000 in October last year has jumped up to almost N300,000 in less than four months.

“Most of the poultry farms are closing down because of the high cost of production, especially because most people cannot afford to even buy the feed. It is affecting the industry negatively, as soybean and maize constitute almost 80 per cent of raw materials in feed production, and now soybeans is short, and maize is short. Maize supplies the energy while soybean supplies the protein. So, it affects the entire production value chain of poultry,” Mr Akpa said.

For Olaseni Olasupo of Profundis farms, the scarcity of soybeans is so acute that most of the companies which supply soybeans are returning their money.

“Poultry requires energy and the chief ingredient for protein source is soybeans. Although there are other sources of protein none is proven to be as reliable as soybeans. For soybeans, you can use it without substitutes and you get a very good result. Soybean is a crucial part of poultry feed. All the other alternatives are not as good as soybeans. It is the fulcrum for poultry feed mill in Nigeria,” he said.

Managing director of Firm farms, Olusegun Animashawun, said although there are other substitutes like groundnut cake, cotton-seed cake, and palm kernel cake, soybeans are the most preferred because of their high digestibility attribute.

Insecurity tops the chart for the reason soybean is scarce in Nigeria’s market. “This year there was a great shortage of soybeans in town because most of the farmers didn’t participate for certain reasons. One of the reasons is the level of insecurity. Also, Benue and Kwara who are among the large producers did not produce soybeans last year because they didn’t have rains, there was drought,” said Hassan Dalha, an agriculturist and a soybean farmer with 35 years of experience.

Mr Dalha, and a soil fertility expert who works with the Federal Ministry of Agriculture and Rural Development, added that a lot of farmers producing soybeans are not following a good agronomic practice that was why they tend to have a low yield.

He forecast that the price would keep going up because peasant farmers appear to be the chief producers now and the little they are growing are sold to neighbouring countries.

Nafiu Abdu, the national president of the Soybean Farmers Association, suggested that the federal government must assist farmers with inputs at the right time that is needed. He said the input must be given to the farmers early enough, not in July or August when they must have planted already, and that it must be given to them at an affordable price so that when they cultivate the crop, they’ll be able to sell and make a profit.

He also said the capacity of farmers must be increased through regular training that would equip them to grow the crop round the year.

“Government should encourage the cultivation of this crop during the dry season, because it’s a crop that can grow throughout the season, and while it is cultivated through the dry and raining season, there’s going to be sufficient production of soybeans that will be enough for the market,” he said.

What are the benefits provided by a vaccine against Coccidiosis attenuated for precociousness in long life-living birds?