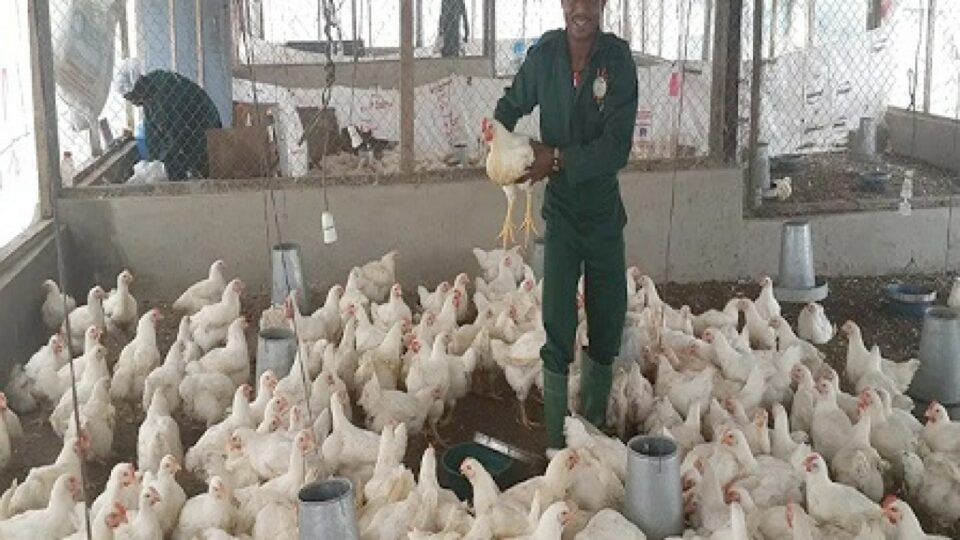 The Minister of Agriculture and Rural Development, Dr. Muhammed Abubakar on Monday unveiled the first cottage poultry in the Livestock International Market Deidei in the Federal Capital Territory.

Abubakar while speaking at the commissioning of the poultry cottage lamented the supply gap of poultry meat of 529,000MT which he described as worrisome.

According to Abubakar, the Federal Ministry of Agriculture and Rural Development, puts 2019 projection of poultry meat output and demand put the National output at 551,000 MT and demand at 1,080,000 MT.

He further explained that Nigeria is the largest annual egg producer with the second largest chicken population in Africa amounting to about 180 million birds in which about 44% are raised in extensive systems, 33% in semi-intensive and 23% in intensive systems.

Abubakar noted that over 85 million Nigerians are currently involved in one form of poultry business or the other making intervention in the poultry sector imperative for the job creation and income generation for farmers, processors and marketers as well as for the country.

Chairman, House Committee on Agric Institute and Colleges,  Hon. Dan Agundi, noted that the cottage poultry will create lots of opportunities for producers of poultry birds that will be produced and processed in an hygiene manner.

On a quest to breed ‘the perfect Brahman’