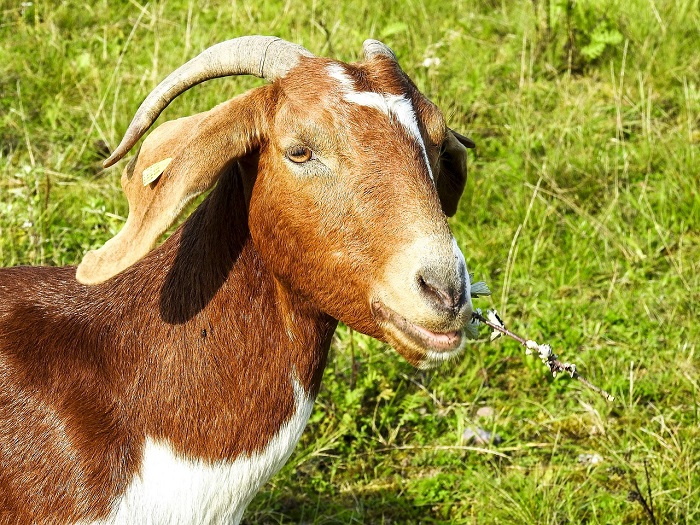 Though Jamaica may be the world capital of ‘curry goat’, only 15 per cent of the goat meat we consume is produced locally. A whopping 85 per cent is imported from other countries, such as Australia and New Zealand.

In an effort to inject new energy into the local small ruminants industry, Newport Mills Ltd, makers of the popular animal feed brand Nutramix, has partnered with two companies in the United States to supply quality semen and biogenetics. This is aimed at promoting faster growing offspring and leaner meat through artificial insemination (AI). This initiative will be a welcome shot in the arm to the over 19,000 goat and sheep farmers operating in Jamaica, according to Rural Agricultural Development Authority (RADA) estimates.

The US-based suppliers, GoldMine Boers International and Bio-Genetics LLC, will assist Newport Mills in boosting the quality of local goat meat as well as giving some well-needed life support to the wider livestock industry.

GoldMine Boers International is owned and operated by Jamaican-born Samuel Golding. His company is recognised by many top breeders in the US, as well as in South Africa. Genetic preservation through AI methods managed by Bio-Genetics, in addition to the quality semen harvested from Boer goats through GoldMine Boers International, will offer Newport Mills a better way to ensure the viability of a herd.

The process of AI involves the selection of superior studs, such as Boer goats, that have the potential to influence a herd. Boer goats are specifically used in most cases because they have been bred specifically for meat. They have the ability to influence just about every other breed of goat and their stock can improve efficiency in converting feed to meat.

After the selection process, the semen is harvested, then stored in nitrogen tanks where it can be preserved for up to several years. The right mixture of feed and minerals over the 30 days prior to the AI procedure will increase the possibility of conception by up to 60 per cent.

According to Dr Gabrielle Young, livestock support manager at Newport Mills, “Animal genetics are the critical ingredient, along with nutrition, to successful livestock farming. Jamaica has been plagued with inbreeding, which leads to less milk, inferior quality meat, and lower feed conversion. This will inevitably lead to less viability for farmers in the goat industry. The offspring from the new births which result from AI are valued at 30-50 per cent more on the market than an animal bred under current local conditions.”