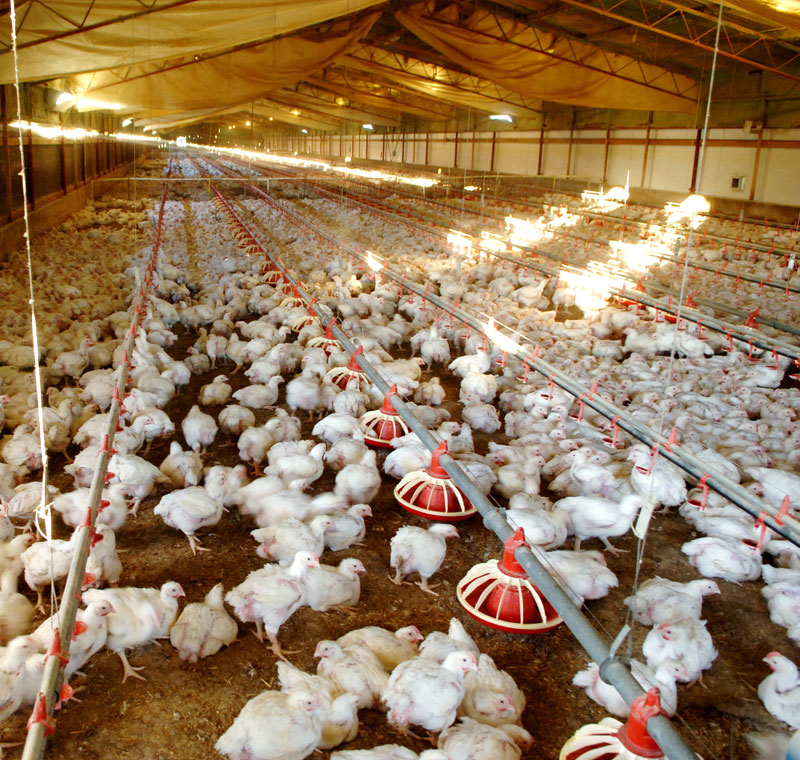 Two years into his Kienyeji chicken breeding, Samuel Mbugua Karanja from Nyandarua is a happy man.

Mbugua started small with 10 birds but this has grown to the impressive Sambuka Poultry Farm.

During a visit, we found tens of groups of farmers undergoing poultry farming training while other farmers had arrived to either book the eggs, chicks or to collect their chick orders.

With over 600 layers at the farm, Mbugua, 40, says animal rearing was always his dream.

As a pupil, he was motivated by his agriculture teacher who constantly reminded him how lucrative farming business is.

He first reared his chickens and pigs in Western Kenya where he was born and brought up until the 2007-08 post-election violence when he moved to Geita Bush village in Kipipiri constituency, Nyandarua, where he runs the poultry farm.

Mbugua decided to specialise in poultry farming since it requires minimal space compared to other livestock, it’s not labour-intensive but has better returns if well managed.

“I always topped my agriculture class and wanted to pursue a livestock production course after sitting my KCSE examinations at Mautuma Secondary School in Western Kenya in 1997, but my parents could not afford college fees,” Mbugua said.

At Kipipiri, he ventured into horticultural farming, specialising in snow peas farming, but his heart was still in poultry farming which, he says, is more rewarding than crop farming.

He started the poultry venture with 10 Kienyeji layers, which he bought from neighbours, then bought two roasters from Kenchic.

A year later, he had more than 100 chicks. He crossbred them with other improved Kienyeji roasters to come up with the current breed.

He decided to crossbreed when he realised that the birds he bought and chickens from their eggs were too small and the maximum he could sell was Sh300 per layer.

The farmer then got a Rainbow Roaster to serve the new breed to come up with the Sambuka Improved Kienyeji chicken.

To avoid inbreeding and maintain good quality, Mbugua regularly changes the roasters, getting the best breeds from the Kenya Agricultural and Livestock Research Institute and other credible poultry breeders.

GIVE THE MAREK VACCINATION

To force the layers to brood, he removes them from the poultry house to feed on their own in the compound.

Mbugua says poultry farming is very tricky and can be disastrous if the rearing procedure is not religiously followed.

“The biggest mistake most farmers make is failure to give the Marek vaccination.

The birds will start getting weaker and weaker, until they die at a critical point when the farmer will have spent a fortune,” he said.

Mbugua says the vaccine should be given a day or very soon after hatching before the chicks are placed in the brooder for three weeks.

The chicks are not given any feeds six hours after placing in the brooder, but are supplied with enough clean water with some glucose and liquid paraffin.

This concoction is given for five days, at a ratio of one litre of water to six drops of liquid paraffin.

Three weeks after hatching, the chicks are given Newcastle vaccine, but Mbugua said he does not use this vaccine since the local climate is not favourable for the disease. He only vaccinates when requested by a client.

The chicks are then given quality chick mash for six weeks, after which they are introduced to growers mash for two-and-a-half months, before introducing the layers mash.

Mbugua said his layers are ready to lay in four-and-a-half months, but adds that some can take up to six months if exposed to stress.

“The biggest challenge in poultry farming is stress; constantly stressed layers can take even a year to lay eggs,” he warns.

James Waiganjo, a livestock development officer, says farmers must ensure each adult layer gets at least 120 grammes of feed every day, with enough supply of water throughout the day.

“A common mistake farmers make is skipping the growers mash stage to introduce the layers; this affects the development of the chick. The growers mash contain nutritional contents necessary for the growth of a health chick; it’s formulated to give the chickens some stamina, body weight and strong bones,” said the expert.

Waiganjo said with good rearing practices, a farmer should get five or six eggs from each layer in a week.

“I also had a major challenge relying on the layers to hatch, but that challenge has gone after forming a farmers self-help group that benefitted from a hatchery and brooder from the Nyandarua County government. The 500-egg capacity equipment has made it easier for us,” Mbugua added.

Meet Yahaya: The young poultry farmer who ‘cannot be stopped by a virus’