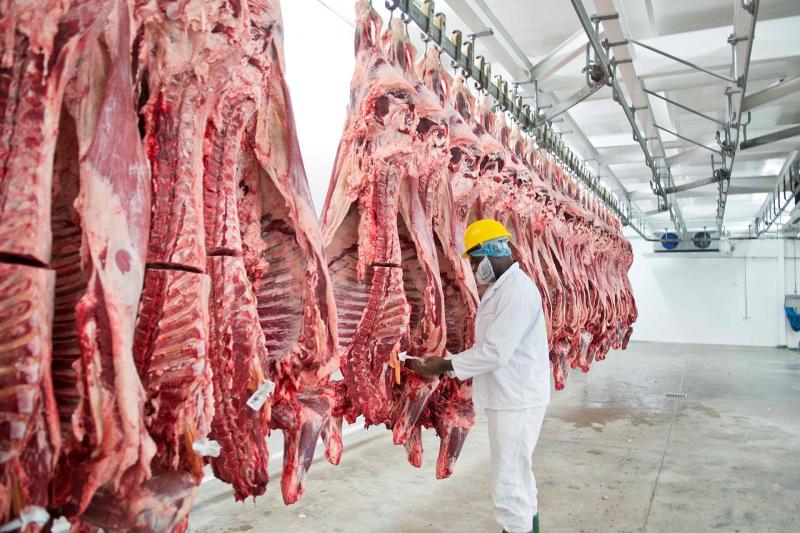 A record-low 36,074 cattle were slaughtered between February 2020 and January 2021 compared with 116,304 cattle in the prior year when farmers rushed to market most of their herd following a five-year drought that peaked in 2019, the company’s 2021 annual report showed.

Meatco struggled to attract enough raw materials largely due to the high number of weaners – cattle that could have been available for local slaughtering – being exported on the hoof to South Africa because of the high prices paid by feed lots there in the past five years.

“This will, ultimately, lead to a situation where the necessary throughput in the local abattoirs cannot be obtained, which can lead to the total collapse of the beef production industry,” Meatco said in its report.

In addition, the arid southwest African nation exports meat to the UK and lucrative Norway market, where it generates 70% of its earnings.

According to the Namibia Statistics Agency, livestock’s contribution to the nominal GDP rose to 3.5% in 2020. (Reporting by Nyasha Nyaungwa; Editing by Steve Orlofsky)