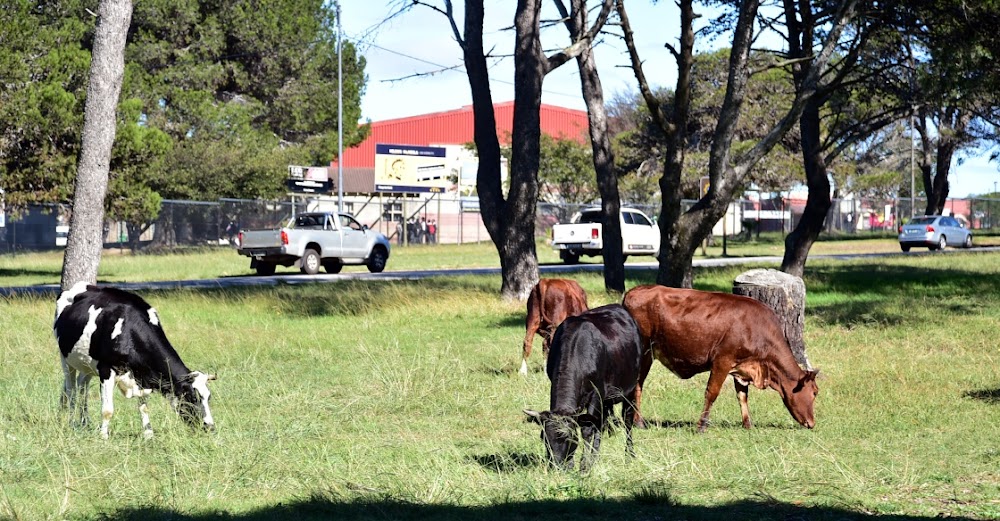 Nakuru County Government has put on notice owners of livestock that have been grazing in the Central Business District, along highways and major trading centers warning that they risked being arrested and prosecuted in court.

Acting Director Veterinary Services, Dr. Alice Wanjema noted that despite several warnings and meetings in her office with the livestock owners, the number of cows, goats and sheep roaming on streets and along highways was on the rise in the busy town.

Wanjema said the County administration was also committed to limiting the spread of zoonotic diseases such as rabies by vaccinating dogs and cats and eliminating stray animals.

Speaking at the County headquarters when she unveiled a multi-sectoral team tasked to deal with roaming livestock and stray cats and dogs, the Acting Director observed that the animals were a big nuisance to businesses and posed a risk to motorists and cyclists along major highways.

Wanjema who was flanked by Acting Director, Environment Grace Karanja called on urban farmers within the municipalities to practice responsible ownership as per the law.

“We will strictly enforce laws that forbid the animals in town.  The animals are potential vectors for diseases and are a security threat as they graze along major highways disrupting flow of traffic,” she said.

“The roaming animals have also been a source of trouble to vegetable vendors as they eat and destroy market produce. This has to be brought to an end,” she pointed out.

She added that the only animals that will be allowed in town are those on transit to other areas and added “We are asking residents to withdraw their animals from the town and take them home where they can graze comfortably without disturbing anyone”.

Wanjema said the County had rolled out a programme aimed at humanely killing stray dogs and cats within town and residential estates.

“We have laws that allow people to keep animals provided they are in a good environment, their health and welfare is taken care of,” she stated and appealed to animal activists to assist in this saying there has to be balance between economy, human and animal health.

The Acting Director indicated there was need for welfare programmes designed to manage the population of the animals especially dogs and cats in a humane way.

Ms Karanja noted that the roaming animals were making the environment unconducive by excreting on sidewalks and pavements. The roaming animals she added were also a hindrance to the County’s efforts in tree planting for the beautification of the town.

“While this is a challenge, the County has an Urban Agricultural Policy underway that seeks to address smart farming by ensuring productivity promotion in urban centres is environment friendly,” she said.

“The County will hold sensitisation meetings on the issue as well as peri-urban farming for a sustainable city,’’ she pointed out.