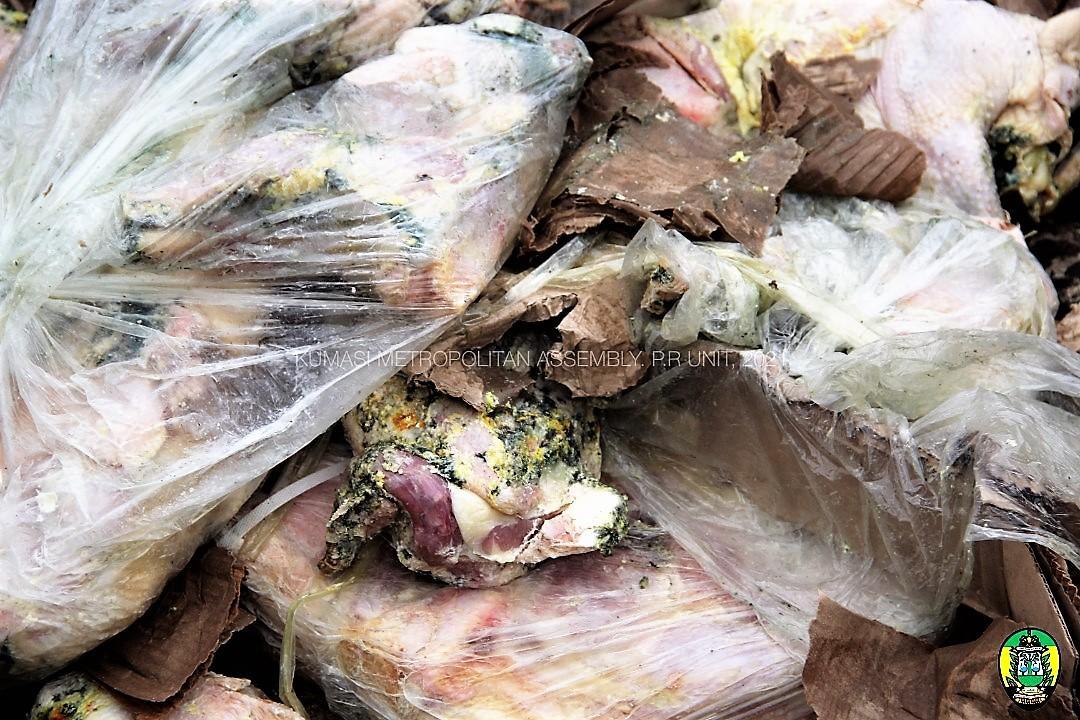 The Environmental Health Department of the Kumasi Metropolitan Assembly (KMA), is mounting surveillance on cold stores in the metropolis to track those suspected to be involved in the selling of unwholesome chicken.

The Assembly suspects that quantities of the rotten meat might have already found its way onto the market, a development that posed danger to the public.

“Our caution to the people is that they should be alert, especially those patronizing frozen chicken,” Ms. Henrietta A. K. Aboagye, the Public Relations Officer (PRO), told the Ghana News Agency (GNA) in Kumasi.

The vigilance of some KMA city guards on Friday, September 3, led to the arrest of two people alleged to be part of a syndicate involved in unwholesome meat trade.

They included a woman, identified as Abiba, and her accomplice, Kwadwo Asare, who were rounded up at different locations and handed over to the Nhyiaeso-Ridge Police.

In all, 15 cartons of unwholesome meat were taken from the culprits, who are currently facing trial at the court.

Ms. Aboagye said the Environmental Health Department was monitoring events critically since the health of the people was of prime importance to the state.

“We are determined to identify and bring to order those who have made it their business to be selling unwholesome chicken to the unsuspecting public,” she told the GNA.

This comes in the wake of the outbreak of the bird flu, which had witnessed about 70,000 birds from different poultry farms in the Ashanti Region being destroyed.

According to the Veterinary Directorate, about 13 farms had so far been affected.

Mahama appeals to gov’t to save poultry farmers; says industry is in poor state