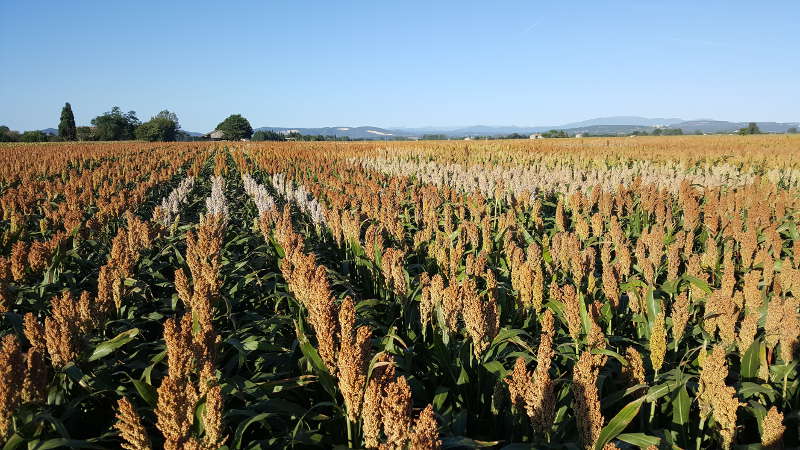 Preliminary results from feed trials being conducted in Kenya show that broiler performance is improved when grain sorghum is part of the feed ration, said Reece Cannady, manager of global trade for the U.S. Grains Council (USGC).

Cannady, speaking during the sorghum session of the 2021 Kansas Ag Summit on July 14, told of how USGC is trying to expand sorghum’s global reach, and sub-Saharan Africa is one market being pursued.

Because sub-Saharan Africa is a rapidly growing region in terms of population and is experiencing a feed deficit, it is an ideal destination for U.S. sorghum, Cannady said. He also said genetically modified organism (GMO) restrictions in many of those countries do not create barriers for grain sorghum. With those factors in mind, USGC is working most closely with Kenya, Tanzania and Ethiopia.

Specifically related to Kenya, USGC helped facilitate two feed trials there. One of those trials was for a sorghum-based feed in broiler diets and another in layer diets. United Ag, based in Victoria, Texas, shipped 60 metric tons of grain sorghum to Unga Holdings Ltd. in Kenya, with half of the tonnage being used in the layer trial and the other half in the broiler trial.

According to Cannady, because the millers weren’t familiar with working with sorghum, USGC instructed them on how to process it into a fine powder, and make it fully digestible so there would be no whole berries that would “go straight through the bird.”

Cannady said the broiler feed trial has been completed, while the layer feed trial is wrapping up. The results are “being put into a table and into a digestible format,” he said.

“In short, the results were very, very good,” Cannady said of the broiler feed trial. “I haven’t heard any specifics on the layer trial, but in the broiler trial, they had better results with sorghum than with their old feedstocks.”