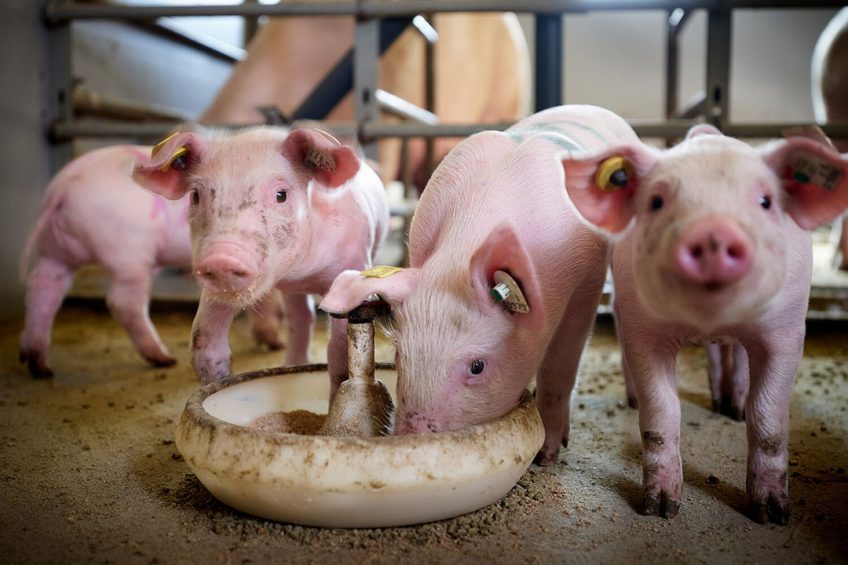 Black soldier fly larvae can replace soybean meal as a protein source in the feed of growing pigs, according to researchers in the Netherlands.

Interest in insects as food and feed has increased dramatically over the last decade. Black soldier fly larvae are potentially a more suitable and sustainable protein source as they can be grown on waste and residual streams from food production, say the researchers at Wageningen University and Research and Leiden University in the Netherlands. They conducted a trial to determine the effect on pigs fed black soldier fly larvae compared to soybean meal.

Our sister publication Pig Progress spoke to lead researcher, Dr Soumya Kanti Kar, gut performance and animal health scientist at Wageningen Livestock Research, to find out more about the trial and what was discovered.

Data from the trial were gathered on the microbiota of the small intestine and metabolites in the blood of the pigs. “This is called the FeedOmics approach,” said Dr Kar, noting that this approach helps to determine the impact of the diet locally (in the intestines) and systemically (in the blood). “FeedOmics thereby provides a detailed and thorough snapshot of the response to a black soldier fly-based diet in pigs.”

“The pigs fed insect larvae had increased levels of Bifidobacterium bacteria, which have been shown to have a positive effect on human and animal health. We also found evidence that the insect diet was able to suppress harmful bacteria. Furthermore, amine metabolite profiles in blood plasma showed the ability of the black soldier fly larvae to provide functional properties that could be beneficial to pig health and performance beyond their ability to provide amino acids as building blocks for protein synthesis,” said Dr Kar.

Black soldier fly larvae, therefore, promote the growth of gut microbial taxa that are either indicators of a healthy gut or are recognised as beneficial microbes that have positive effects on pig health.

“Growing pigs fed black soldier fly larvae appear to be as healthy, or even healthier than their counterparts fed a diet based on soybean meal.”

A focus on gut health

The gastro-intestinal tract of livestock is where digestion and absorption of nutrients occurs. Adequate availability of nutrients in a balanced proportion is a keystone for efficient and sustainable animal production, said Dr Kar.

“There are, however, other functions of the gut associated with its barrier function and the presence of an extensive microbiome. The microbiome plays a role in the immune development of livestock and in their ability to respond to health and nutritional challenges. In addition, the gut microbiome and its metabolites communicate with other organs and tissues in the body and influence their responses and metabolism. The proper functioning of the digestive tract with its multiple functions and the support of gut health is therefore crucial for the productivity, health and welfare of livestock.”

“The results of this project are promising,” said Dr Kar. “These discoveries will help livestock stakeholders in their search for sustainable alternative protein sources,” he said, adding that the results come at an opportune time as member states of the European Union have decided to allow the feeding of insect-derived proteins to poultry and pig diets. “This European Commission decision will undoubtedly provide a significant boost to the burgeoning industry, which is expected to grow tenfold to over $ 4.1 billion by 2025,” Dr Kar noted.

A complete replacement of soymeal

In the study, the scientists wrote, “Based on our results, we can conclude that black soldier fly larvae can completely replace SBM in grower pig diet. Our result suggests that insect feed may even be healthier than soybean. There is also enough scientific evidence and results that have been obtained in the last decade with feeding black soldier fly larvae to poultry and fish.”

It comes at a price

The cost of insect protein is 2 to 3 times higher than conventional protein sources for animal feed. “It is for this reason that the market is moving towards insects not as a bulk feed, but as a specialty product in animal feed to improve animal health and welfare. The uniqueness of our research is that it supports the idea of using black soldier fly larvae as a protein ingredient and proves the functionality that benefits the health and productivity of grower pigs. However, to determine the practical relevance, the issues of the cost-price associated with black soldier fly larvae as a feed must also be addressed.”

Zero measurement: the starting point for reducing our carbon footprint