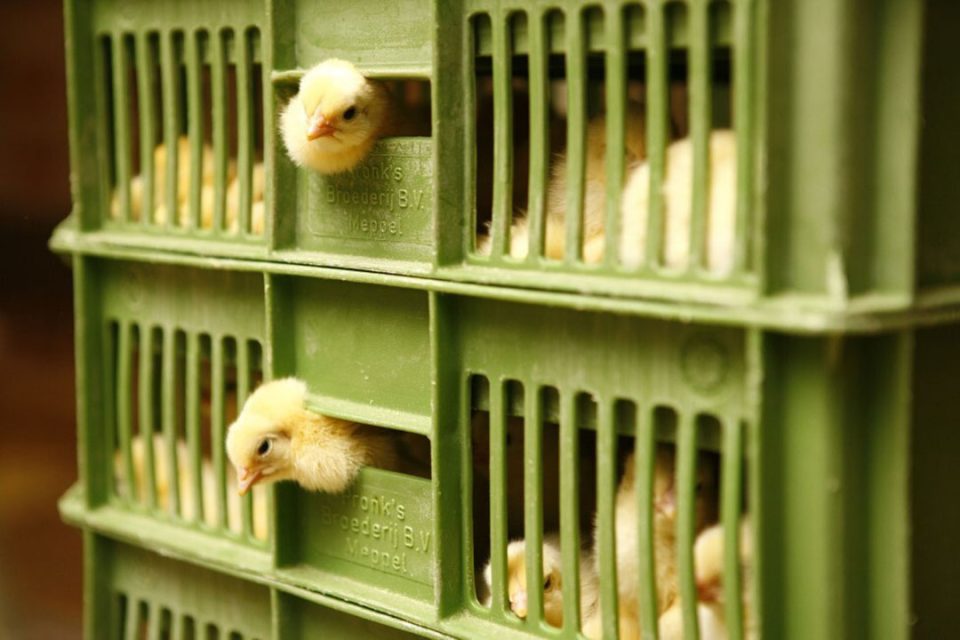 In this era of increased concern for animal welfare, it’s only logical that the transport of birds and other livestock is under scrutiny and that new technologies are being applied to substantially improve welfare. The Transport Genie trailer sensor technology platform leads the way.

The adoption of welfare monitoring and improving tech is coming none too soon. According to the newly-released 10th annual Business Benchmark on Farm Animal Welfare report, producers and food firms are taking too long to make meaningful welfare improvements relating to their poultry, pigs and dairy cows. Transport Genie was launched in 2018 by Joel Sotomayor and Tim Nelson.

Transport Genie sensors currently monitor humidity and temperature but could, in future, also track things like CO2 level and acceleration/braking. When temperatures become too high, fans and misters can be automatically turned on to cool birds down.

An Innovation Award for Excellence

The development of Transport Genie was partly supported through the Accelerating Innovative Research programme of the Ontario Ministry of Agriculture, Food and Rural Affairs. It was first presented at the World Poultry Tech Conference in 2018 and has also received an Innovation Award for Excellence in Agriculture from the government of Ontario.

Nelson notes that the idea came to him when he was working for the Poultry Industry Council in Canada during the design and delivery of a quick reference tool to help producers decide if chickens should be transported.

When preparing broiler feeds, how to ensure total performance and profitability? Key to that is a quick adaptation and a smooth transition after hatch. A carefully balanced and well-designed broiler feeding strategy forms part of that approach. Here is how to do that.

“It occurred to me at the time that the decision regarding bird condition and transport really rests with the producers,” he explains, “and it’s the last time producers have any control over the quality of their product that they have spent weeks nurturing and producing, and years in establishing a system in which to grow those birds.”

Another part of Nelson’s thinking was that transport is the only place where livestock management is seen by the general public and it should therefore be the best it can be.

Transport Genie currently has orders from Ontario-based livestock trailer manufacturer Walinga. Bellamere Transport in Quebec has been doing trials of the technology for poultry transport over the last few months. Trials with a company in Mexico are planned. Excel Poultry Systems, a poultry equipment and services company in Australia, is currently in a partnership to enhance its improvements in animal welfare and traceability during the transport of birds.

“One of our clients is a leading poultry producer in Australia and, although its hatchling trailers for the transport of day-old chicks was already state-of-the-art, they wanted to take the process to the next level,” explains Excel founder and president, Charles Barrett.While crucial to healthy flock development, water receives less attention than nutrition and the environment. Yet water – quantity and quality – is integral to flock health

“Transport Genie’s sensors were fitted to a small number of the company’s hatchling trailers from mid-2021 to provide additional real-time information during transport. The environmental conditions are also automatically archived for future reference.”

This company is also gaining additional benefits from using other aspects of the Transport Genie system. “There are ‘g-force’ sensors that alert supervisors if there has been an incident or accident during the journey and also provide insight into the driving style of individuals who might be braking or accelerating in a way that impacts the welfare of the chicks on board,” Barrett says. “The GPS tracking has also helped plan truck arrivals at the farm which streamlines deliveries and minimises wait times for both drivers and chicks.”

Prodavi in Switzerland produces hatching-eggs and chicks for more than 50% of the country’s laying hen market. CEO, André Hodel, and his colleagues started looking for a company in 2018 that could provide measurement of trailer conditions and found Transport Genie. He and other Prodavi executives wanted to ensure all their eggs, chicks and pullets are delivered in the best possible condition.

The new technology will allow the Prodavi team to see the temperature that chicks, pullets and eggs are exposed to in both the summer and wintertime, and allow the driver to make immediate ventilation adjustments. Hatching eggs at Prodavi are transported from parent stock farms to the hatchery, day-old chicks to rearing farms where they are reared from day one until week 18. The pullets are then transported to egg production farms.

“We have temperatures as low as -10°C in the winter in Switzerland and as high as 30°C in the summer,” explains COO, Andreas Suter. “Besides getting temperature measurements during the journey, we also wanted to be able to get readings before chicks, birds or eggs are loaded, or if the truck stops for whatever reason.”

A challenging paper appeared in a recent issue of the World’s Poultry Science Journal. Prepared by 2 scientists from the University of KwaZulu-Natal in Pietermaritzburg, South Africa, this publication set out to describe how the industry can face the prospect of helping to feed the greatly increased world population, expected to reach 9.8 billion by the year 2050

This required a change in how the Transport Genie platform is powered on a truck or a truck and trailer. “We needed a separate power supply in case the truck isn’t running and that’s now in place,” says Suter. “We also needed waterproof sensors that can withstand the ‘washdown and disinfect’ that we do after each transport. Transport Genie is preparing a proposal for this and how we could expand use of the technology to our other 4 chick transport trucks.”

Suter adds, “We also want to be able to see temperature and vibration in the truck we use to transport hatching eggs to find out where or why during a delivery that vibration goes above the safe threshold. We also have GPS incorporated into the system so we always know where the trucks are.”

Sotomayor is very pleased to see the adoption of his technology progressing around the world. “We continue to push the technological boundaries,” he says, “while also helping to provide value to all stakeholders in the food production system.”