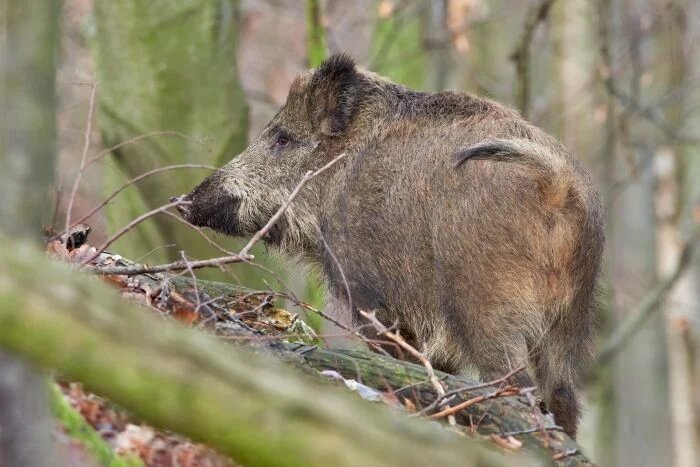 New cases of African swine fever in the wild population have also been confirmed by 8 other European states.

In Germany, the number of wild boar testing positive for the African swine fever (ASF) virus has surpassed 700.

According to the agriculture ministries for the states of Brandenburg and Saxony, 660 and 42 animals, respectively, have so far been found to be infected with ASF.

Over the past week, the federal agriculture ministry has officially registered nine new ASF outbreaks in wild boar. According to the World Organisation for Animal Health (OIE) report, 40 animals were found at seven locations in Brandenburg. In Saxony, there were two outbreaks involving a total of 14 wild boar.

Based on OIE reports, there have been 47 ASF outbreaks in German wild boar so far this year, involving 240 animals. These have been confined to three districts in Brandenburg, and one in neighboring Saxony.

In these two German states, searches continue for infected animals in the core area and buffer zones, according to the latest update from the U.K. agriculture department, Defra. While the core disease areas have been enclosed by permanent fences, the border with Poland is largely marked with mobile fencing.

The first occurrence of ASF in Germany was in Brandenburg in September 2020. At the end of the next month, the first outbreak was confirmed in neighboring Saxony. These are the only states to have registered cases in wild boar, and the disease has not infected any domestic pigs in Germany.

Over the past week, Poland’s chief veterinary office has released data on a further 200 wild boar that have tested positive for the ASF virus in the period January 22 to February 12. Infected animals were found during the past month at 98 locations in six provinces. With 287 outbreaks, worst affected by the disease so far this year has been the eastern province of Lubusz.

In addition, the agriculture ministry retrospectively registered 82 ASF outbreaks in wild boar with the OIE.  These involved a total of 119 animals between March 13 and April 1, 2020.

No ASF cases have been reported among Poland’s domestic pigs since the end of October 2020.

Through its Animal Disease Notification System, the European Commission (EC) has been informed over the past week of new ASF cases among the wild boar populations of eight countries. In addition to the nations mentioned above, these include Bulgaria (18 new cases), Estonia (2) and Slovakia (22).

In Romania, ASF has been detected in 39 backyard pig herds (including one keeping wild boar) and two small registered farms. With the largest herd of 132 pigs, a total of 600 animals were directly impacted by these outbreaks, according to the OIE report.

For the first time, the disease has broken out in the Komi Republic in Russia. This month, a backyard herd of 24 pigs tested positive for the virus after 11 of them died.

So far this year (up to February 14), three European states have registered ASF cases in domestic pigs with the EC. Its system does not cover Russia.

Of the 180 outbreaks recorded, 176 occurred in Romania. Serbia and Ukraine have each recorded two outbreaks, but no new cases for the past two weeks.

Over the past two years, ASF has spread around much of Asia, Africa and Europe, disrupting the world pork market. It’s hard to forecast when the global pork prices will normalize again, according to a top executive with Tyson Foods.

Developing the pigs of the future