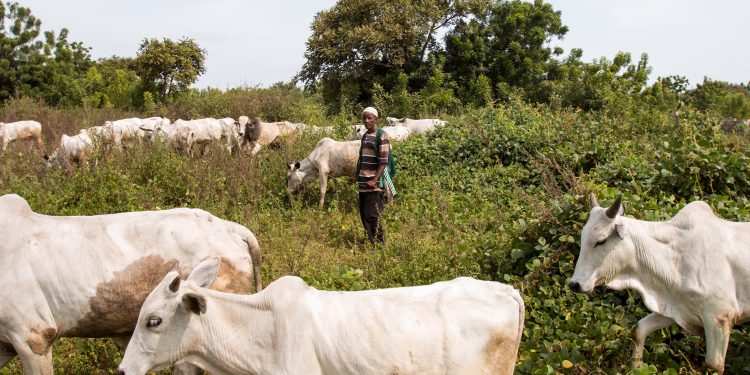 A Professor of Animal Genetics at the Federal University of Agriculture Abeokuta (FUNAAB), Professor Christian Obiora Ikeobi, has called for an up-to-date livestock census in Nigeria as part of measures aimed at ending the incessant clashes between farmers and herders in parts of the country.

Prof Ikeobi emphasised the need for government at all levels to immediately find a lasting solution to the clashes.

He gave this position on Wednesday while delivering FUNAAB’s 62nd Inaugural Lecture, entitled: “Why we look at things not seen: Animal genes and their winking eyes”.

Prof Ikeobi stated that outdated data on animal populations in Nigeria can no longer be relied upon.

According to him, ‘there is need for a full, comprehensive and up-to-date livestock census in Nigeria. We cannot continue to rely on outdated data on animal populations in Nigeria.

‘There is also the need for a lasting solution to the incessant cattle herder/crop farmers’ clashes in different parts of the country and an end to the carnage and displacement of persons that have been the results of such clashes. The country cannot afford to leave this matter without lasting solution.’

He recommended that a centre for the Conservation of Indigenous Animal Genetic Resources be established in order to conserve the indigenous animal genetic resources in Nigeria.

The professor also called for the creation of new research institutes to handle specific animal species to ensure that targeted attention is focused on each animal species and to improve their contributions to the food and nutritional needs of Nigerians.

Prof Ikeobi also pointed out the need for the establishment of Multiplication Centres for the Indigenous Animal Genetic resources with emphasis on genetic purity and breed distinctiveness.

He commended the government for establishing a distinct Department of Animal Husbandry Services at the federal level to coordinate the formulation and implementation of policies geared towards the development of the animal agriculture subsector in Nigeria.

Earlier in his opening remarks, the Vice-Chancellor of FUNAAB, Professor Felix Salako, described the Inaugural Lecturer as an erudite scholar and commended him for his contribution to the development of the university and contribution to knowledge.