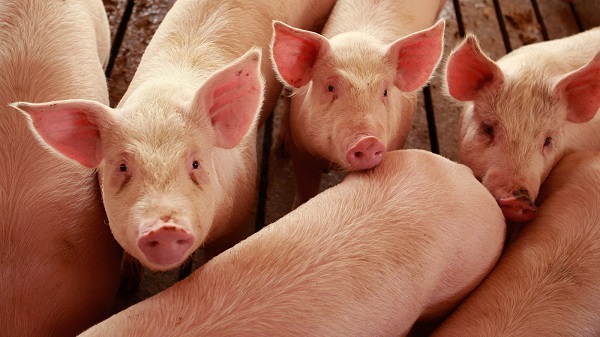 It is always advisable in business to minimise expenses, maximise production and thus profits. Livestock farmers are particularly famous for employing an array of methods to cut expenses.

Unfortunately, not all cost-cutting measures turn out to be productive. Some of them taken in the early stages of establishing a livestock farming business could have a long-lasting impact on productivity and profit.

In addition, correcting errors made at the inception stage may turn out to be quite expensive in the long run.

I always advise budding livestock farmers to seek verifiable professional advice regarding the various aspects of the farming they wish to do.

In general, livestock farming considerations include the type of animal to keep in terms of species, the breed and the economic use.

Two areas that new farmers often ignore is the quality of advice especially on animal housing and feeding. Incidentally, these are two critical aspects that, if considered casually can frustrate a new farmer to the point of abandoning the venture.

Atieno called Seeds of Gold to her farm last week. I was serving her for the first time. She said her pigs had failed to grow and she also felt feeding the animals had increasingly become tedious as her population grew. She started pig farming about a year ago.

Upon arrival on the farm, the smell that greeted me announced Atieno was using either food leftovers or mixing them with commercial feeds. It is the smell that most people associate with pig farming – a noxious putrid scent that feels like the combined smell of sewage and decomposing organic matter. It attracts flies to the pigsty in large numbers.

From the onset, I could see that Atieno had cut a lot of corners in establishing her pig farm; from housing to feeding. The pig shed had only one entrance while it should have had at least an entrance and an exit for the 150 animals on the farm.

Atieno said she had been advised to have only one opening for security purposes. As much as that was beneficial, it was detrimental to disease control on the farm and the efficiency of feeding the pigs. Workers had to wait for each other to enter or exit the shelter as the corridor was too narrow to allow two people to operate at the same time.

Once inside the shelter, Atieno told me she was concerned the pigs were urinating and defecating at the same place where they were feeding.

They could not therefore eat any feed that spilt from the feeding trough. She said she had heard that pigs did not defecate and eat at the same place. She wondered whether her pigs were not intelligent.

I confirmed to her that her notion was accurate. Pigs are smart animals that keep their feeding and sleeping area dry and free of urine and dung. But there was a caveat. The watering area must be positioned away from the feeding area.

Pigs will normally urinate and defecate in the wet area. That is the drinking area. In Atieno’s case, the feed and water troughs lay end to end. She had apparently been advised to place them that way to make refilling them easy.

I confirmed to her that her pigs were as intelligent as all others. They were just dunging and urinating according to their natural wiring.

The water and feed troughs were also inappropriately placed in the pig pens such that workers had to enter the pens in to replenish them.

This was the reason why feeding and watering the pigs became more tedious as the number of pigs increased.

I advised Atieno to relocate the troughs. The feed one should be attached to the pen wall next to the shelter corridor so that it could be refilled directly from outside the pen.

For the water troughs, she would move them to the far lower corner of the pen directly opposite the entrance. In future, she could consider having an external tank and piping the water to the troughs or installing automatic drinking nipples.

We reached the pigs that according to Atieno had refused to grow. Poor creatures; they were already six months old but I estimated their weight at around 30 kilogrammes. They should have been 83 to 100 kilogrammes and ready for baconer market.

I diagnosed severe stunting due to improper feeding. Someone had advised Atieno to feed the particular group of 15 pigs with dried potato peels as a way of cutting the feeding cost. I advised her to slaughter the pigs.

I also gave her the recommended schedule for commercial production of pigs from birth to sale as baconers.