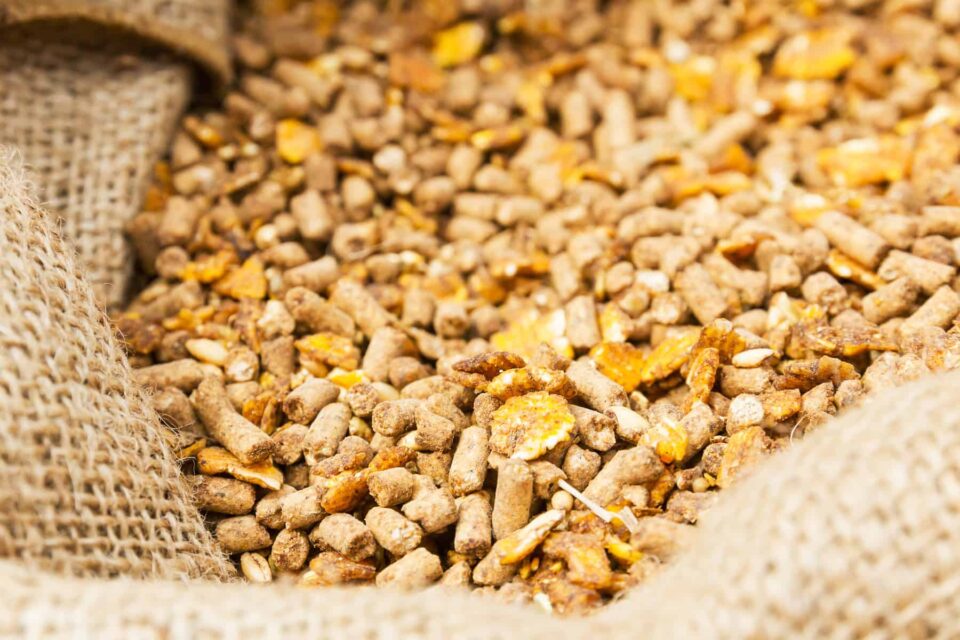 Drought, floods and storms: the increase in the occurrence of extreme weather such as droughts and heavy rain is ample evidence of the impact of climate change. This in turn impacts agriculture. The key sector for global food production is among the first to experience the impacts, including rising feed prices and poorer feed hygiene. And with demonstrably higher levels of mycotoxin contamination comes the threat of serious losses.

Timely preventive action is critical to successfully overcoming the challenges. Preventive strategies optimise productivity while reducing the impact of mycotoxins on animal performance, health and welfare, making animal production much more sustainable. Anta®Ferm MT80 was specifically developed to protect livestock from the adverse effects of mycotoxins. Its impressive efficiency is due to its special composition.

In 2021, prices for feed grain and oilseed reached an all-time high: wheat and soya prices increased by up to 50 per cent, while the price of maize even increased by 100 per cent. This was mainly due to worldwide droughts such as those in the USA, Argentina and China. Additionally, the higher temperatures and CO2 concentrations, as well as a change in the distribution of precipitation, promote the spread of moulds. Mycotoxins, which are usually found in warmer regions, are becoming increasingly prolific, even in the European region (EFSA, 2017). Since mycotoxins contribute to poorer nutrient content and reduced feed conversion (Tables 1 and 2), this poses enormous challenges for the entire agricultural sector.

Table 1: Nutrient loss due to mycotoxins in maize

In order to be proactive in addressing these challenges, it is important that producers and livestock farmers compensate for the poorer digestibility of the feed. This is where professional additives come into play. In a trial with broilers (Okolelova T.M., Merzlenko O.V., 2019), Anta®Ferm MT80 demonstrably improved protein and fat digestibility in contaminated feed (Fig. 1). Despite the higher level of contamination, the feed still provides the necessary nutrients, producing a beneficial effect on animal welfare and overall performance. In turn, the better feed conversion (Fig. 2) compensates for higher feed costs, since less feed is required. This clearly improves sustainability.

We will be happy to advise you on pioneering mycotoxin management and how to best apply Anta®Ferm MT80 in your feed. Talk to us. 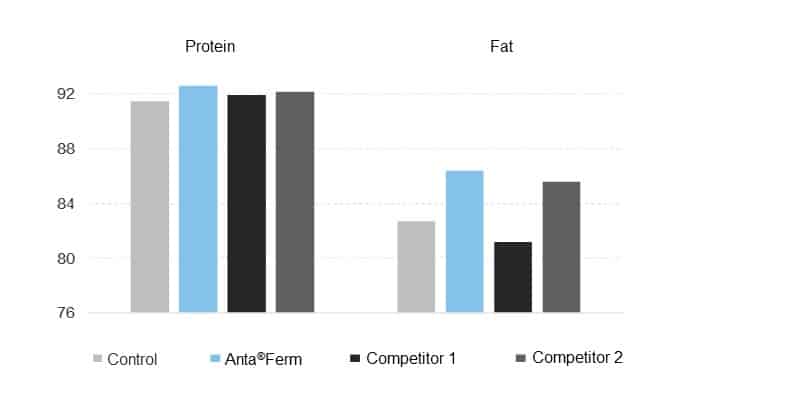 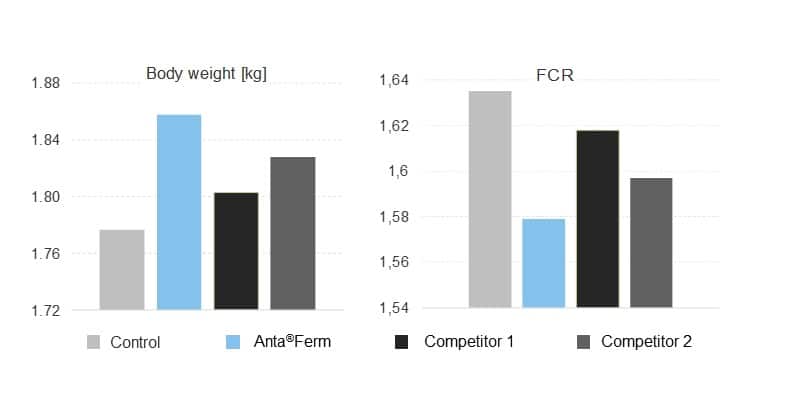