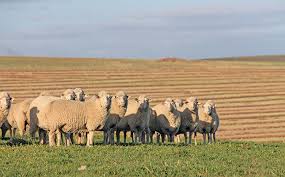 Maintaining herd health is crucial to ensuring a profitable livestock business with high weaning rates. This involves adhering to a vaccination schedule and a quarantine programme for incoming animals, and remaining vigilant for any signs of disease.

The livestock industry has moved away from fixed parasite control programmes, as these lead to parasite resistance. So severe is the problem that the National Animal Health Forum has launched a Sustainable Integrated Management of Parasites in Livestock group to address parasite resistance.

Advice for farmers
As some diseases and parasites (internal and external) are more often encountered in specific areas, it is best to arrange for a veterinarian to visit the farm at least twice a year to assess the situation. An annual vaccination and parasite control programme should be applied according to regional requirements and in liaison with the veterinarian.

The Ruminant Veterinary Association of South Africa (RuVASA) advises that cattle herds and sheep flocks be tested annually for contagious abortion and at least every five years for tuberculosis.

All female animals should be vaccinated for contagious abortion between four and eight months of age.

To prevent diseases from being brought onto the farm by new animals, producers should follow a quarantine programme to keep incoming animals separate. All incoming animals must have a suitable certificate of negative test results, or confirming that they belong to a clean, closed herd.

Stock remedies and medicines should be registered, correctly stored and used before the expiration date, and applied according to prescription.

Prescribed medicines with a specific application are under the control of the veterinary profession, and should therefore be obtained and applied under prescription from a veterinarian.

Preventing resistance
Dr Faffa Malan, a veterinarian and RuVASA’s managing director, notes that the number of parasites such as worms present on grazing lands is relatively low at the beginning of the summer rainfall season. Blanket dosing for the pests at this stage is therefore poor practice, as it leads to resistance.

“It will be mostly the offspring of the parasites that survive the dosing that subsequently populate the pasture. The obvious result is that they increasingly build up resistance against the medicines. Specific tests are often performed after the medicines don’t seem to be effective anymore, and it is only then that the resistance is picked up. At this point, the situation can’t be remedied.”

He advises the use of the FaMaCha (Faffa Malan Chart) in sheep to detect worm infestation.

“Blood-sucking parasites, and those that cause diarrhoea, which results in the sheep losing condition, can then be detected and only those that are infected, treated.”

He laments that cases of extreme resistance are growing in South Africa. “There are worm infestations on farms that can only be treated with a combination of medicines, and then only partly. Yet farmers don’t take the situation seriously enough to prevent resistance from growing to a point where nothing can be done to control the parasites.

“Certain pharmaceutical companies recommend dosing before and after winter. This is a recipe for resistance!”

Annual checks
RuVASA notes that new cases of trichomoniasis in cattle are reported every month, and describes the disease as out of control. It advises farmers to buy bulls from breeders who have biosecurity measures in place, and that the animals be tested regularly for the disease.

Farmers should ensure their fences are in good repair and the gates remain closed. This will ensure their bulls cannot escape to neighbouring cows and become infected with trichomoniasis, or that infected neighbouring bulls enter the farm and infect their cows.

Cattle study groups should discuss preventive measures with their veterinarian.

Livestock farmers should beware when buying in or sharing bulls, and keep in mind that female animals may also be infected.

Malan stresses that the basis of preventing cryptosporidiosis and pathogenic Escherichia coli outbreaks on livestock farms is good biosecurity and making sure the mothers provide the best possible quality of colostrum to their offspring.

“Cryptosporidiosis, in combination with pathogenic E. coli, causes huge problems for cattle, sheep and goat farmers. Young animals are extremely vulnerable, and biosecurity measures should be maintained at all times. The immunity of ewes and cows should also be kept at the highest level so that colostrum (passive immunity) can protect their offspring.

“Cryptosporidium and E. coli can be present in the water and food sources. Supply your workers with protective clothing that stays on the farm, and use disinfectants registered for killing cryptosporidium.”

Autumn and Winter
In the cooler months, the larval and nymph stages of multi-host ticks are more prevalent. “These stages often attach in the ears of animals,” explains Malan.

“In areas where brown ear ticks are present, winter dipping is advocated to control these stages. Blue-tick resistance to drug groups is on the increase, so ask your veterinarian to assist you with information to minimise the chances of blue-tick resistance.

“The best time to vaccinate cattle against Asiatic redwater is during the winter months. Be sure to order your vaccines in time.”

He adds that there is a perception that parasites are dormant in winter, but this is not always the case.

“After the first frost, insect-transmitted diseases do usually decline. But lumpy skin disease outbreaks are still reported, because this disease is also transmitted by ticks. June is the time to order vaccines for the next rainy season.

“Lung disease is one of the most prevalent diseases during winter. There are excellent vaccines available and these should be considered. Discuss the origin, treatment and prevention of these diseases with your veterinarian.”

Malan says that farmers in the winter rainfall region should be on the lookout for brown stomach worm infestation when good rain has fallen after drought.

Wireworm, too, can be a problem. Infestations of this parasite were reported from seven provinces during the 2018/2019 summer season.

“Most farmers think that wireworm is dormant in winter. Check animals for bottle jaw and anaemia.

“As temperatures rise, be aware of early outbreaks of wireworm. To hatch, the eggs require humidity, a temperature above 15°C, and oxygen.”

Spring and Summer
Blue-tick infestations usually occur in all provinces during spring. Both African and Asiatic blue ticks can transmit redwater, anaplasmosis and lumpy skin disease.

“Make sure to assess the blue-tick resistance status on your farm before buying an acaricide,” says Malan.

“Your veterinarian will be able to collect engorged blue ticks to be tested for resistance.

“Actives to be tested for resistance are organophosphates, pyrethroids, amidines and fipronil. Actives registered only for controlling blue ticks are macrocyclic lactones and fluazuron. Get on top of the tick control programme in early spring as it can prevent large outbreaks in summer.”

“During January, disease outbreaks of insect-transmittable diseases increase. Standing water is the ideal breeding environment for mosquitoes, the carriers of Rift Valley fever.

“Asiatic redwater is spreading, and it’s one of the deadliest diseases in cattle. Many animals die in spite of receiving treatment.

“The new heartwater vaccine is still a year or two away, so prevention is the only way.”