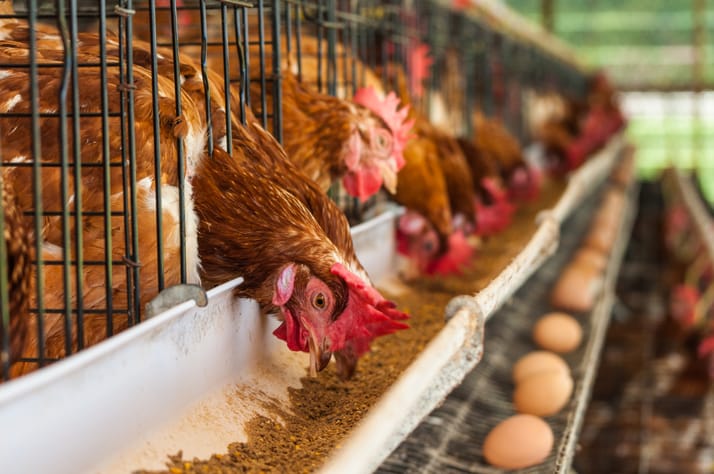 Poultry production in Uganda has been steadily rising over the years.  The country is now a key supplier of eggs and chicken in East Africa. However, the COVID-19 pandemic has drastically changed the outlook for poultry farmers. They are struggling to recover after the nation went into one of the continent’s strictest lockdowns.

CGTN’s Leon Ssenyange met Anthony Serunjogi who lives and works on his one-acre farm on the outskirts of the capital Kampala.

From his 13,000 birds, he sells eggs and chicken. But it has been a tough two months since the COVID-19 crisis began in March

Poultry farmer, Anthony Serunjogi: “We have been hit by inaccessible markets, lack of feeds or insufficient feed ingredients that doesn’t allow production to flourish.”

The coronavirus crisis has however put a crack in his earnings. He has lost more than twenty thousand dollars monthly.

Leon Ssenyange says, ” With the restrictions on transport, Serunjogi has not been able to offload thousands of birds. And that has greatly affected his production plans.”

With many hotels, restaurants and fast food establishments shut, the crisis pushed egg and chicken prices down as well. A tray of eggs now costs 2 dollars; half the price before the crisis.

“The buyers are in their homes. We need to access them but we cannot because we are not allowed to drive around so we are stuck with stock that no one is willing to buy at the moment..so it goes down to the prices dipping actually nose diving,” Poultry farmer, Anthony Serunjogi submits.

That has been the concern for over 500,000 intensive poultry farmers. While the crisis has exposed major unknowns in the sector, there is already a push to get back to business as usual.

Robert Serwanga, member, Association of Uganda Poultry Industry:”Poultry having a short payback period in terms of birds, we are going to recover very fast because..when people start coming to town to work, they must eat and one of the things they eat is chicken as fast as possible, when fast food restaurants start working, when they open universities and schools…”

The Uganda government has started easing its lockdown restrictions. And farmers like Serunjogi hope that will mean accessing feed and medicines more easily, putting them back into business.

How to Build Your Muscle Fast Following The Best Specific Strategy