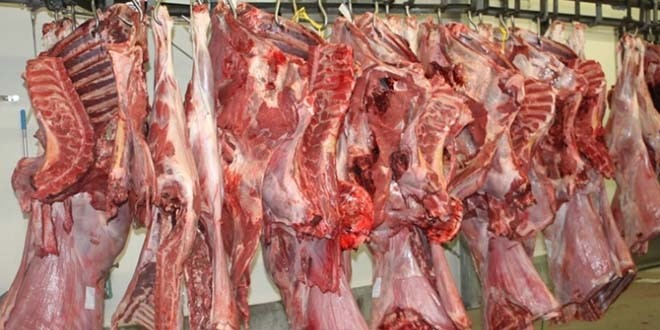 Dar es Salaam. Tanzania is among top African countries with the highest number of livestock, being second only to Ethiopia. But, the country is yet to fully utilise the potential it has in meat exports.

“The livestock sector expanded by five percent in 2020 contributing 7.1 to the country’s Gross Domestic Product (GDP). In 2019, the sector contributed 7.4 to the GDP,” reads the report in part.

However, the meat sub-sector is the area that could significantly benefit the country through livestock products especially meat to prospective markets.

“On average we have been exporting 4,000 tonnes of meat annually that fell to 1,774 tonnes last year due to the impact of Covid-19,” said the registrar of the Tanzania Meat Board (TMB), Dr Daniel Mushi.

He said however that from July to October this year, 2,000 tonnes of meat were exported, giving confidence that 4,000 tonnes would be exported reaching July next year.

“Saudi Arabia alone imports 700,000 tonnes of meat, signifying that the country was a huge market. Tanzanians should cease and benefit from this opportunity,” he said. Investment should be done by improving the feeding and fattening of the animals in order to increase the size and weight in order to realise intended financial benefits.

Highlighting available opportunities, Tanzania ambassador to Saudi Arabia Ally Jabair Mwadini said the 34 to 35 million numbers of cattle makes the country a potential market. According to him, apart from residents, the country is highly visited by pilgrims for umrah and hajj worship annually.

“They raise demand for food in a nation that is a desert country where agriculture isn’t giving enough yields. Therefore, the country is a huge market especially to countries that are geographically close to it,” he said.

Tanzania ambassador to the UAE Mohammed Mtonga said despite the opportunities in the Middle East, importers should be prepared to face competition from Pakistan, Brazil, Australia and India that have dominated the market.

“They should also be ready for certification by officials who should necessarily visit Tanzania to inspect abattoirs, understand regulatory systems and the animals’ husbandry,” he said.

He noted that Arabic countries don’t rely on certification based on the International Standards Organisation (ISO), hinting that in Abu Dhabu a kilo of meat is sold at 40 dirham which is about Sh25,000.

But, Tanzania Trade Development Authority’s (Tantrade) director general Latifa Khamis said in order to ensure the companies that will be exporting meat to those countries withstand competition, they picked those with capabilities and enough experience.

“We also encourage companies to open their offices in countries with opportunities,” she said. She said application from as many Tanzanians to participate in the business despite their ability was a major challenge they faced during the process.

“We had to educate them to focus on the East African market as they build their capabilities. It was difficult for some to understand and think that they were fraught,” she said.

According to her, the idea to open the opportunities originated from Tantrade before involving Tanzania representatives in the Middle East.

Mr Mwadini said Tanzania was working with the Saudi Arabia Food and Drugs Authority (SFDA) to lift the importation ban imposed 20 years ago over the outbreak of foot and mouth disease.

“I think we didn’t do enough because neighbouring countries that had similar problems have resolved many years ago. We are collaborating with the Ministry of Foreign Affairs and East African Cooperation, TMB, the Ministry of Livestock and Fisheries and TanTrade in order for the ban to be lifted,” he said.

He said SFDA visited the country last August and inspected abattoirs belonging to Tanchoice in Kibaha, Coast Region; Chobo and Alfachoice in Mwanza as well as Elia Food in Arusha.

“SFDA had the opportunity to learn procedures followed by regulatory institutions including the Tanzania Bureau of Standards (TBS) and met several stakeholders,” he said.

According to him, the SFDA report has highlighted the need for improvements that are currently being worked on, noting that hopefully approval will be issued shortly after completion.

Requirement of meat for export

But, Dr Mushi said foreign markets require soft meat that could be easily chewed, hinting that such product requires livestock slaughtered at tender age after attaining the recommended size and weight.

According to him, stakeholders should see the economic potential provided by the sub-sector and make massive investments in commercial livestock keeping.

“They should fatten their livestock, set livestock harvesting strategies and framework instead of keeping livestock for prestige,” he said.

Dr Mushi said TMB and Tantrade were collaborating to penetrate the China market.

He said currently the country exports live animals and meat to Comoro, DR Congo and some Arabic countries.

“We also export donkey meat to Hong Kong. However, the challenge behind the export is the need to balance between harvests and the number required to maintain the species,” he said.

“Draught in some countries provides Tanzania with the opportunity to become a major fish exporter due to decline of production potentials,” he said.

In order to be certified, firms should provide registration documents and letters proving they are contracted to export meat.

“Companies are encouraged to seek halal certification because the requirement is not limited to exports to Arabic countries,” said Mufti Zubeiry.

He said meat exports are certified after inspection has been made on the sources of animals, treatment, slaughter and packaging procedures.

He noted that though the service is currently provided for free, some charges will be imposed in future.

On its website, TMB companies or individuals intending to export meat are required to secure export permits issued after producing registration certificates in accordance with Section 17 (1)-(3) of the Meat Act, 2006.

“They are supposed to have a company or business name registered by the Business Registration and Licensing Agency (Brela) and the Tanzania Food and Drugs Authority (TFDA) registration,” reads the TMB website.

Furthermore, exporters should have the Taxpayers Identification Number (TIN) and product’s country of origin certificate issued by the Tanzania Chamber of Commerce, Industry and Agriculture (TCCIA). Finally, exporters will be required to pay one percent fee on the value of the product to be exported.

A holistic approach to managing mycotoxins in poultry

Cobb Welcomes Over One Thousand Students to Free Online Academy