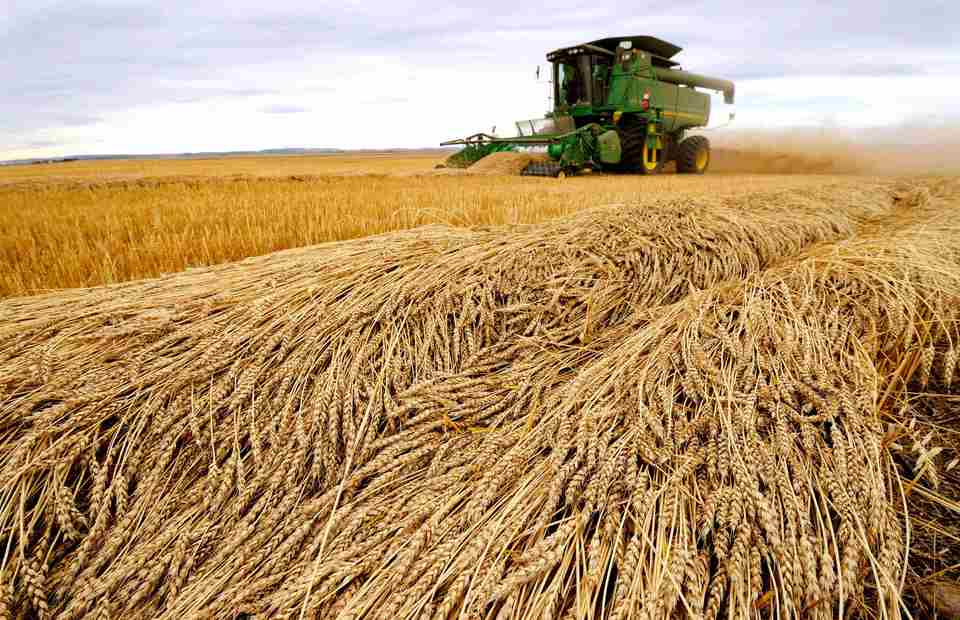 With moderate to severe drought in many areas of Canada and the northern United States, many beef producers are looking for alternative feed sources to get their cattle through the coming months. With drought causing lower crop yields, many beef producers are hoping to work with neighbouring farmers to graze, bale, or silage crops. The question is how to value that feed in a way that provides value to both the farmer and the cattle producer.

When considering salvaging crops for feed, beef producers need to consider accessibility, availability, yield, transport costs, potential anti-nutritional factors or other animal health impacts, and feed quality. On the other hand, farmers are thinking about residue management, long term land impacts, contracted crop acres, costs to harvest, etc. When establishing prices, it is important to be clear in your communications about what each party hopes to gain as well as each party’s responsibilities. While grazing cattle on crop land or residues isn’t new, the salvaging of crops may put some unique options on the table for 2021.

The value of crops for livestock feeds calculator was developed to help beef producers work with their neighbors to determine a value for salvaged crops. For example, a barley field with 14 bu/acre of grain at current prices of $7.95/bushel results in a grain value of $111.30/acre. When you subtract the costs of combining the field ($32.33/acre according to the Saskatchewan Custom and Rental Rates Guide from August 2020) the harvest value is $78.97/acre. This provides a starting price to be considered. If a crop is being sold to a livestock producer as greenfeed, there is also the value of the straw.

The second part of the calculator provides estimates of nutrients per acre of straw and prices per pound, using the lower yield of 14 bushels/acre[1]. That equates to roughly $1 of straw per bushel of barley harvested (another $15.11/acre).

This is added to the harvest value above ($76.87/acre), for a total of $91.98/acre. This is a reasonable starting point for a pricing conversation, but there may be other costs or considerations.

While leaving a certain amount of crop residue in the field to capture snow over the winter is often important to boost spring moisture levels, some farmers may be faced with a situation where crop yield is too low to bother combining, but without removal of some of this residue (e.g., by baling or grazing) they may be forced to cultivate the existing crop under in order to be able to plant next spring’s crop. And that scenario won’t help the crop producers that may need to buy out their pre-delivery contracts. By working with a neighbouring beef producer to salvage some value, they may be able to buy out those contracts in situations where there is no chance of fulfilling them.

Producers also need to include swathing, baling/silaging, labour costs, and transportation costs. Once again using the Saskatchewan Custom and Rental Rates Guide (August 2020), and a yield of half a bale per acre, that greenfeed total costs would be $121.04/bale.

If the crop is being grazed, the value of manure left on the field should also be considered. Cattle manure is a good source of nutrients, such as nitrogen (N), phosphorus (P), potassium (K), sulfur (S), and magnesium (Mg), as well as other trace elements.“ Approximate nutrient levels in cattle manure include 7.89 g P / kg manure, 38.5g/kg K, and 2–8.1 g/kg for N. An average of 6 g/kg or 12 pounds of N in a ton (2,000 pounds) of beef cattle manure was used in this example.

– availability, practicality and cost of water and fencing infrastructure
– meeting any herbicide, insecticide, or other input withdrawal dates for grazing
– potential sulfate and nitrate levels in the crop (or any other potential anti-nutritional factors)
if the cattle are unfamiliar with the crop, training them to eat it
– grazing cattle may leave fields rough and farmers may be required to harrow in spring or once cows have been removed

How To Balance Your Poultry Feeds