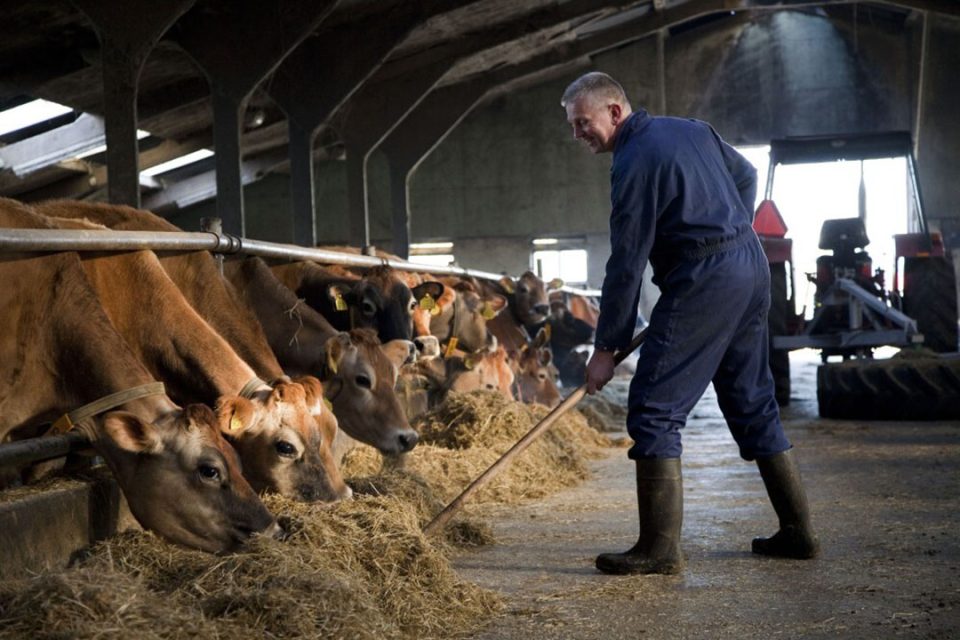 Over-feeding protein to dairy cows can lead to an increased concentration of nitrates in water and release of nitrous oxide from slurry into the atmosphere.

Professor Liam Sinclair, professor of animal science at Harper Adams University, said the growing focus on ammonia emissions from dairy farmers – mainly linked to cow’s urine – had even led to demonstrations in parts of Europe.

“The ammonia reacts with acids in the air to produce fine particulate material – referred to as PM25 – which can cause respiratory problems in humans. This is similar to particles released from old diesel cars and is why they are banned in many city centres. The recent changes in nitrogen legislation in the Netherlands and subsequent farmer demonstrations highlights how important the subject is.”

Research at Harper Adams is concentrating on the inclusion of home-grown forage legumes, such as red clover, in diets: “Red clover has 2 main advantages. Firstly, as a legume, it fixes nitrogen from the atmosphere, reducing the requirement for artificial fertiliser.

“This improves whole-farm nitrogen balance and reduces input costs, which is important at the present moment, with the cost of artificial fertiliser increasing several-fold over the past 12 months.

“Red clover is also high in protein at around 200g/kg DM, compared with 140g/kg DM in grass silage or 80g/kg DM in maize silage. This reduces the need for expensive purchased feeds such as soybean or rapeseed meal, reducing feed costs and insulating dairy farms from the volatility of world feed prices.”

The research at Harper Adams, which was funded by the Agricultural and Horticultural Development Board (AHDB), also showed that the protein content of dairy cow rations can be reduced from around 175 to 150g/kg DM without affecting cow performance if the diet is properly formulated to meet the requirements of the microbes in the rumen and the cow.

“This can reduce purchased feed costs by around 0.5 to 1ppl and will also reduce the amount of N excreted in the urine by around 20kg/cow/year or 50kg N/ha when applied back to the land. These are both very exciting and important findings for dairy farmers,” he said.

Speaking at the Danish Dairy Cattle and Beef Conference recently, Sinclair also presented research on the negative affects of over-feeding minerals, such as phosphorus and copper, on the environment and cow health.

Over-feeding of copper can have a negative effect on cow health, fertility and performance, according to research for the AHDBhttps://ahdb.org.uk/ , which says the majority of dairy farms in the UK are feeding between 2 and 3 times the recommended dietary concentration of copper (Cu) to cows.

Researchers have found that farmers are not following the recommended guideline of 11mg/kg DM and around 38% of cattle at slaughter have liver Cu concentrations that are either very high or toxic. Over-feeding Cu can result in toxicity and death but in the absence of mortality there may be negative effects on health and performance.