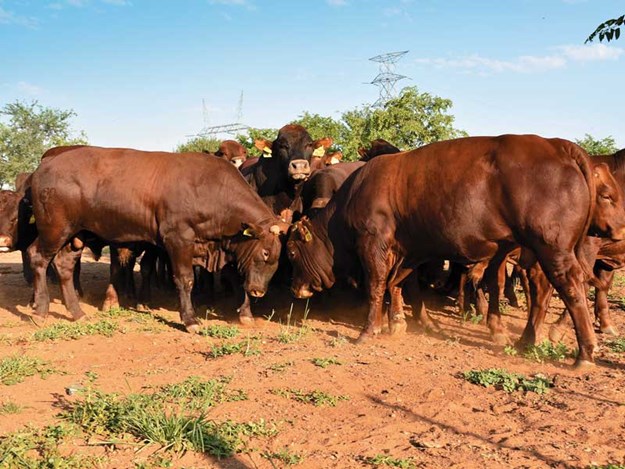 By 2050, Africa’s population would reach nearly 2.5 billion, coupled with rapid industrialisation and urbanisation. In 2020, the continent had around 1.34 billion inhabitants, with Nigeria, Ethiopia and Egypt as the most populous countries. Driven by these important demographic forces, the demand for food is expected to significantly increase, particularly in Africa and South Asia (FAO, 2018. The future of food and agriculture – Alternative pathways to 2050).

These two regions alone could be a home to a total population of 9 billion of the projected world population of about 11 billion people by 2050. Therefore, African states should have a fresh look at agriculture for their own stability, prosperity and health.

In an early 2020 policy brief, the Food and Agriculture Organisation of the United Nation’s Animal Production and Health Division explained how the livestock sector has been affected by Covid-19, and recommended how to protect the sector and its activities to preserve its contribution to food security and the livelihood of rural communities. In Namibia, alone, the livestock industry is valued at N$6.3 billion with a corresponding N$985 million meat-processing sub-sector (Meat Board).

Within the agriculture and land reform budget, less than N$100 million is actually spent on improving livestock production and marketing, and the bulk is used for crop and horticulture production (N$143.174m), land purchase and ownership (N$119.724m) as well as public works and public property/asset management (N$664.906m).

This worrisome trend in this critical sector signifies the inefficiencies in the productive use of natural resources and the subsequent ineffective government policies to rescue the ailing sector. Namibia should invest heavily in smallholder farmers, so that they produce their own food and become more self-sufficient at household level.

In Kenya, Zambia and other parts of East-Africa, the movement is toward smallholder farming as a means for land reform. However, strong financial and administrative support tilts the balance toward a sustainable outcome.

In other words there must be a class-agenda with agriculture and specifically with small holder farming. This must be the route for resettlement in Namibia as well.

Consequently, in Kenya, Zambia and other East-African states, agricultural output has increased. Combined with a sustainable and strong agriculture development programme, land reform should be located in the overall agrarian reform to move society forward.

The structure of our agrarian configuration must change, and we must diligently develop our agricultural sector for the sake of greater food sovereignty, creation of jobs and furthering society to a better life.

Increasing poverty levels leads to widening gaps in inequality. The four drivers of inequality could be identified in our case as colonial land grab, spatial economy, overdeveloped core, and unskilled/semi-skilled human capital. The history of land dispossession and resultant genocide created poverty traps and concentration of cheap labour in rural areas, which the current government is failing to rectify. Whereas, beef farmers rake in huge profits in the over-developed core, small-scale farmers struggle in the under-developed periphery.

South Africa has fallen into this trap after 1996, due to the de-regulation and liberalisation of the economy, including in the agricultural markets, which led the state to demolish price control boards. Consequently, farmer’s co-operatives changed to a corporate model. The organic tendency of “Capitalist concentration” jumped to higher levels on the food economy: 20% of South African mega farms produce 80% of the produce for the South African market, which is sold to the retail sector and the rest is export based.

This gave rise to companies such as KWV, AFGRI and Senwes. As commercial producers dominated agricultural value chains, the number of farmers gradually decreased, while the size of farm units increased (Sifiso Ntombela, Farmer’s Weekly, 3-10 July 2020). The number of farmers dropped from 60 901 in 1994 to 42 307 in 2010 (Statistics SA). During the same period, the average farm size has grown from 1 344ha to 2 305ha, showing a shrinking hope for smallholder farmers in the agricultural value chains.

There is, therefore, an urgent need for government to reprioritise resources in order to improve access to means of production, precision and smart-farming technologies, variable rate technology, remote sensing and improved seed and plant technology.

It is also critical for government and financial institutions to increase its funding on farm infrastructure and research, promotion of local sourcing, production of feed and supplements, and coordination of the supply of livestock production inputs. Communal land development, water infrastructure and water availability assessment is central to the re-agrarianisation of Namibia.