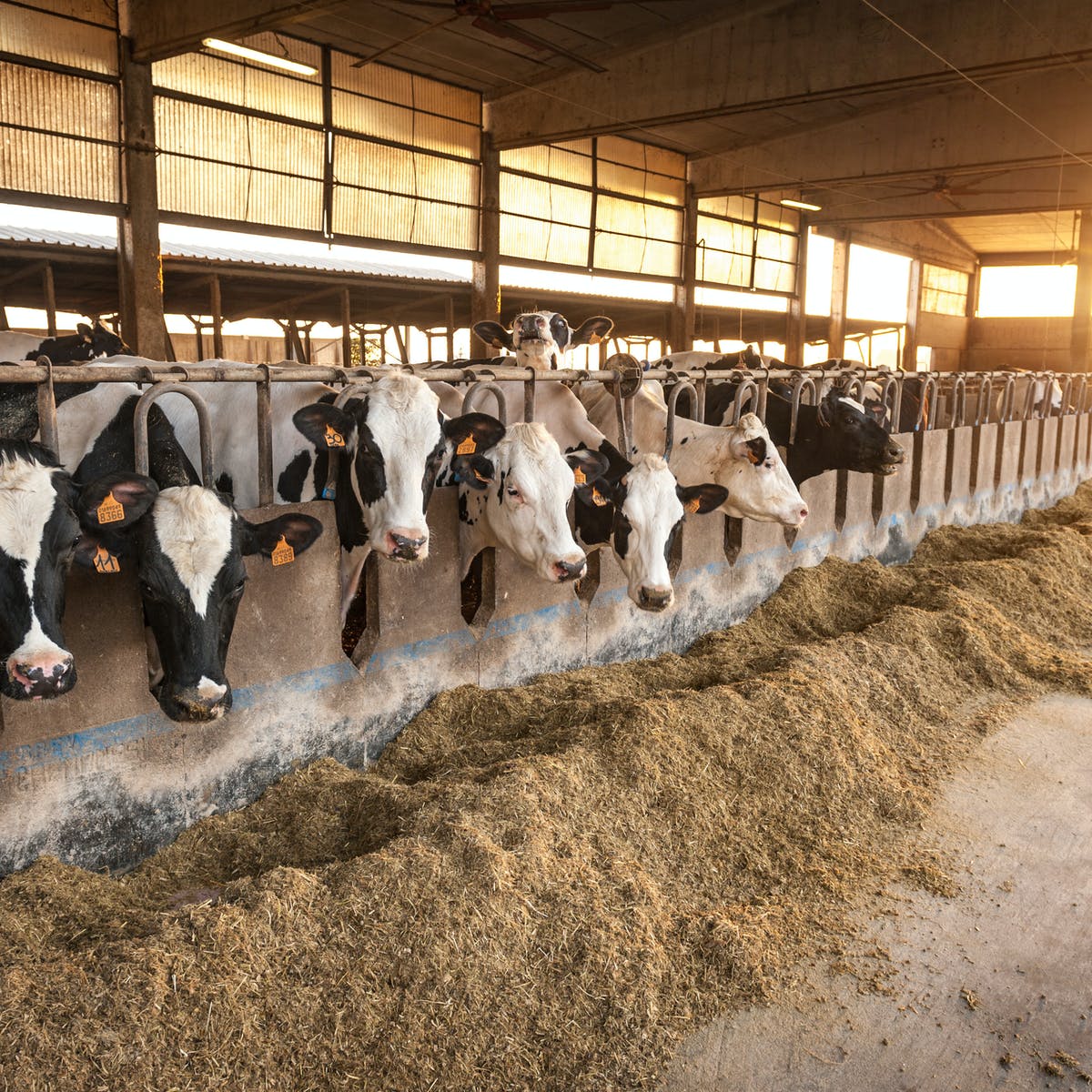 Governor Atiku Bagudu of Kebbi State on Friday disclosed that the state government had secured a N1.7 billion bank loan to boost livestock production and dairy in the state.

Bagudu stated this at the commissioning of the new Kara ultramodern livestock market in Jega Local Government Area of the state towards boosting socio-economic activities.

The governor, who did not give a breakdown of the amount, urged the people to strive towards facilitating peace, unity and cooperation amongst all citizens.

Bagudu described the day as historic, saying that the aim of commissioning the market was to ensure that “it takes-off properly before the forthcoming Eid-el-Kabir celebrations.

The governor, who is also the Chairman, APC Governors Forum, expressed optimism that the market would contribute to the socioeconomic development of the area, Kebbi state and Nigeria in general.

“I am certain that Insha-Allah, the new Kara Market will be a renowned local and international livestock market and I am hoping that it will be bustling with activities.

“We are also hoping that, it will one day transform into a robust meat and dairy products industry for both local consumption and export,” he prayed.

Bagudu noted with satisfaction that Jega was abundantly blessed with several renowned successful businessmen whose wealth of experience would bring to bear on the new market.

The governor, however, lamented the recent activities of some hoodlums whom, he described, as enemies of progress that were thwarting the peace and socioeconomic growth of the state.

He decried the increasing attacks on Fulani herdsmen by bandits and urged all and sundry in the state to purify their intentions, while calling on them to be more patient with each other for the common good of all.

“We should collectively fight these heinous bandits who are causing a breach of the peace in the state, while they are making the activities of Fulani herdsmen more difficult.

“I can recall with sadness the recent abduction of students and staff of FGC Birnin Yauri as one of the darkest and saddest events that had befallen Kebbi State,” he said.

Bagudu lamented that the issue of the kidnapping incident still persisted in spite of the invaluable contributions and sacrifices of people of the state and security agencies, as well as outpouring of sympathies from across Nigeria and beyond.

He noted that as the economic nerve centre of the State, Jega deserved more of such investments, just as he acknowledged the support of all the critical stakeholders that led to the successful take-off of the market.

The governor promised that similar livestock markets would be constructed in Argungu, Suru, Gwandu, Samanaji, Dodoru, Ribah and Dadin Kowa.

He said the ultramodern livestock market comprised six sections including; a police unit for providing security, a mosque and toilets.

Mashall extolled the laudable projects carried out by Gov. Bagudu since he assumed office in 2015.

He cited the renovation of General Hospital, Jega named after the wife of the President, Aisha Muhammadu Buhari, as one of his pioneer projects in the state, as well as the construction of numerous roads, both within Jega town and other rural communities across the local government area.

“I must commend Gov. Bagudu for the construction and commissioning of this modern livestock market in Jega, the commercial nerve centre of the state, Jega.

“In spite of the paucity of funds, Gov. Bagudu constructed this ultramodern livestock market in Jega. Certainly, the Governor must be commended for this and other developmental projects across the state.

“Salaries are paid as and when due, contractors are not owed, while the Governor is doing his best to support all security agencies, including the Vigilante Groups for security of lives and property of our people,” he said.

The Commissioner for Animal Health and Fisheries, Alhaji Aminu Garba-Dandiga said the livestock market “is a blessing to the people of Jega.”

Garba-Dandiga explained that the governor had been very supportive of his ministry in its efforts of improving the health conditions of animals in the state.

According to him, the Ministry for Animal Health and Fisheries would provide two permanent Veterinary Doctors to the market, in addition to Animal Inspection Clinic, to ensure healthy condition of animals.

The Deputy Speaker, Alhaji Buhari Aliero, as well as State House of Assembly member representing Jega, Alhaji Faruk Nassarawa, who is also the majority leader in the Assembly, applauded the governor for the project.

Nassarawa said the relationship between the state governor and the legislative arm of government had been cordial and thanked the governor for approving constituency projects in their domains for the development of their people.

One of the Fulani leaders, Alhaji Bello Aliyu-Gotomo appreciated the governor for the construction of the livestock market, while expressing optimism that the market would boost the sales and purchases of livestock in the area.

On his part, the Sarkin Kabin Jega, Alhaji Arzika Bawa-Jega described the project as invaluable to the people of Jega, lauding Gov. Bagudu for carrying out numerous developmental projects, despite the dwindling economic fortunes of the state.

The invention to detect foot-and-mouth disease in one hour