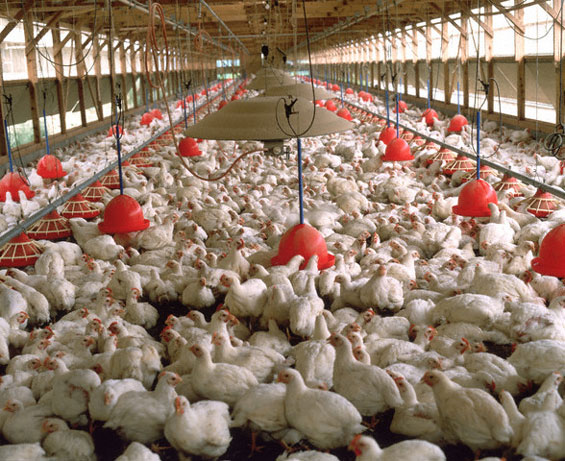 There is a need for the Kenyan government to come to the aid of the local poultry industry as farmers protest an influx of hugely discounted poultry imports, including suspected transhipment alleged to be from Uganda.

The Kenya Poultry Breeders Association chairman, Humphrey Mbugua said illegal imports from the neighbouring country that has flooded the market threatens the local production, thereby pushing them out of business.

According to him, processed chicken from Uganda has flooded the market at nearly half price. Chicken is imported and sold at Sh250 against a local production cost of Sh250 a kilo, reports say.

Speaking further, Mbugua said unscrupulous traders were repackaging poultry products from the United States and Turkey to show they come from Uganda, in order to take advantage of the fast-growing local market. “These challenges have made it hard for our farmers to grow chicken because they cannot compete with Ugandan imports because they are way cheaper than locally produced chicken,” said Mbugua.

Processed chicken in Kenya is being imported from Uganda in quantities of between 225 and 40 tonnes a week, according to Mbugua, while animal feed in the market accounts for up to 70 percent of poultry production costs.

This issue led many farmers to abandon their poultries when they could no longer afford animal feeds, poultry farming equipment and loss of market compounded by the cheaper imports.

Kenya’s poultry industry contributes about 2 percent of the country’s gross domestic product. The impact is bigger given that most households in rural areas rear chickens for commercial purposes and their activities are not recorded. The industry’s growth is powered by health-conscious consumers who prefer poultry meat to red meat, with an average of Kenyans eating 2.6 kilograms of poultry meat in 2018, a slight increase from 2.3 kg in 2017.

The association has called on the government to intervene in the matter to avert job and tax revenue losses as well as prevent waning relevance of local food supplies in regional markets. “We hereby urge the government to consider the plight of Kenyan farmers, employees and the economy as a whole by restricting chicken imports from Uganda as this is going to destabilize the industry and economy as a whole,” Mbugua wrote in a letter dated March 18.

Kenya has always protested what it sees as the lack of a level playing field in its poultry deal with Uganda. Last December, Nairobi protested to Kampala over levies charged on its poultry exports, taxes it does not impose imports from its neighbour. According to the State Department of Livestock, Uganda has an 18 percent VAT on goods from Kenya.

With the farmers’ lobby now demanding government protection against cheap imports, it may be forced to intervene either by imposing tax levies on every imported poultry products to the country or banning the importation of similar products from entering the country. Meanwhile, re-negotiating a deal with Uganda might be the best and non-protectionist way to go.

What it takes to run a good poultry hatchery