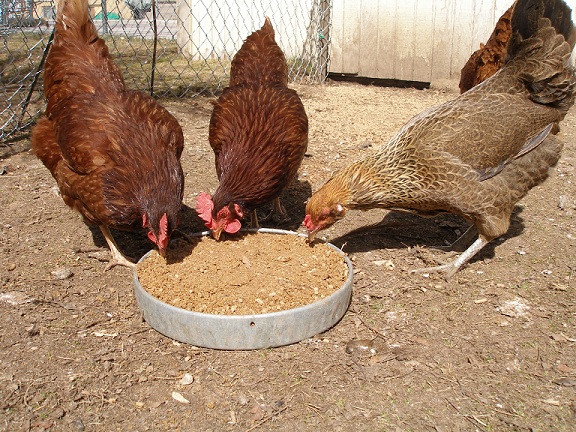 Some poultry diseases are rare but when they occur, the farmer has no time to catch them in early stages when they can be treated. A common disease of that nature is aspergillosis.

Two weeks ago, I received WhatsApp photos of a cock that had been slaughtered because the owner from Kakamega said it had a strange disease. He had thought his family could eat the bird before it died.

However, when he opened it up, he was scared of his findings and decided to consult me.

The farmer said the cock was on free-range with other chickens but it was the only one that had been affected visibly.

He did not know if the others were sick and whether they would survive. He wondered if he could slaughter them for food before they fell to the same fate as the cock.

According to the report, the cock had initially been gasping without producing any noise. It later started having severe breathing difficulties before being unable to stand. At that point, the farmer slaughtered the bird.

The cock’s lungs contained many nodules that had replaced healthy lung tissue. They spread further into the intestines, other abdominal organs and partly to the heart. No one could imagine eating such meat. It was unsightly. The farmer said he had not seen a similar thing with chicken even though he had slaughtered and eaten many sickly birds.

I reviewed the photos and the history given and concluded the bird had been infected with aspergillosis. It is a disease caused by a fungus, also called mould. The most common culprit is Aspergillus fumigatus and Aspergillus flavus.

The disease affects different species of birds. Housed domesticated birds are more prone to the disease due to artificial living conditions created by housing and management of poultry houses. Fungi are found abundantly in the environment.

They produce “seeds” called spores that are highly resistant to drying and most disinfectants. Fungi have varied nutritional needs. They are able to feed on dry and moist plant material, dry humid animal material such as skins or dried meat.

They also thrive on live animal tissues when conditions are favourable. Aspergillosis mainly affects young birds but adults can also be affected when they are exposed to high concentrations of the fungal spores.

The spores are breathed deep into the respiratory system where they germinate and form creamy white swellings that replace normal tissue. The nodules reduce the ability of the affected organ to function properly. The organs eventually get overwhelmed and fail completely.

Some fungal cells break off the initial site of infection and are spread via blood to other organs.

The disease spreads throughout the body. The signs of illness seen in birds depend on the organs most affected. Fungi grow slower than bacteria and viruses hence the disease takes longer to be noticed. Fungal diseases are generally called mycoses.

Birds mainly get infected when they are kept on heavily infected litter or poorly ventilated houses. Litter from plant materials encourage growth of moulds, especially if kept humid in warm environments.

The most common signs in birds are difficulties in breathing, including rapid breathing and silent gasping for air. Because of this characteristic, the disease was initially called ‘silent pneumonia’.

The fungal masses may also be found in the brain. Such birds show uncoordinated gait and loss of balance. Birds affected in the eyes become blind.

When the bird is opened at post-mortem examination, the airways and the lungs are found full of nodules. This is the cause of the gasping as the bird tries to push air through very limited space in the airways. The nodules are also seen in other body organs. The disease affects individual birds and is not transmitted within the flock.

Aspergillosis is uneconomical to treat in poultry flocks. Affected birds should be identified and culled.

The possible causes of infection should also be identified and eliminated to prevent new infections. The chicken house should be disinfected with antifungal disinfectants such as iodine-based solutions or ecoconazole.

Individual chickens when kept as pets can be treated with antifungal drugs for prolonged periods of time. The outcome of treatment is, however, not always favourable.

Aspergillosis in chicken is not transmissible to humans. However, people with depressed immune systems may develop aspergillosis by inhaling fungal spores. This is one of the reasons why people working in chicken houses should wear appropriate respirators.

Aspergillosis can be prevented in chicken by disinfecting chicken houses regularly with antifungal chemicals. New litter should also be disinfected before being spread out in the poultry houses.

Dust should be minimised in the poultry houses and the houses should be well aerated.

How to deal with ticks on your farm