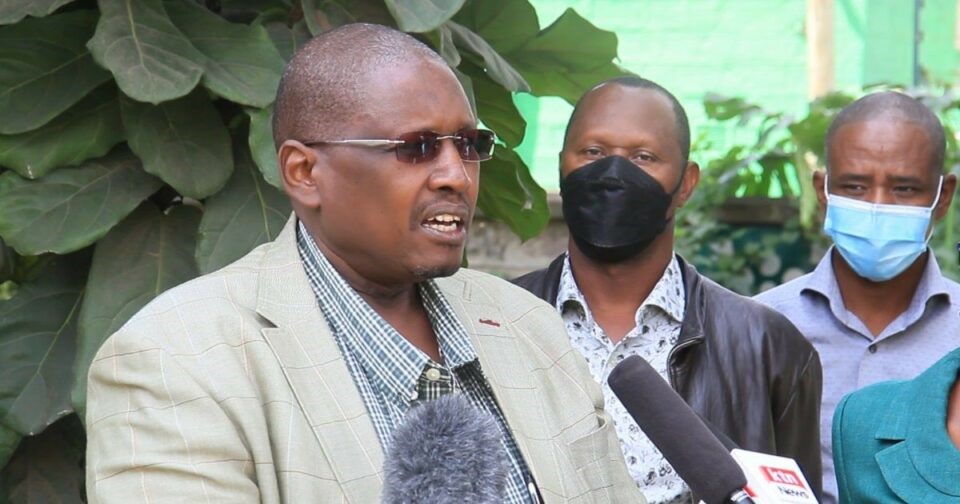 Kenya Agriculture Livestock  and Research Organisation (KALRO) is introducing improved breeds of dairy cattle and grass that are adapted to harsh climatic conditions as a measure to mitigate the current effects of drought on livestock.

According to KALRO’s Director General Dr Eliud Kireger the improved cross breed between the indigenous Sahiwal and the exotic Friesian was resistant to most pests and diseases and had the potential of yielding 30 litres of milk per day.

As part of its efforts to increase milk production in the country, Dr Kireger said KALRO through its Dairy Institute at Naivasha had begun training farmers on breeding, disease control, animal health, feed formulation, value addition and marketing in the dairy subsector.

He added “One of the biggest challenges the dairy subsector has been grappling with is the high cost of animal feed which makes the venture non profitable. We have been equipping farmers with skills to formulate feeds from maize germ, boma rhodes and brachiaria grass,”

The improved dairy cow breeds, the Director General pointed out, fit within the nomadic pastoral system of production that is dominant in the regions, adding that KALRO was at the same time encouraging pastoralists to keep fewer animals, but with higher milk or meat production potential.

Speaking when he officially opened a Training of Trainers (ToTs) workshop on Dairy Value Chain at Jumuia Guest House in Nakuru, Dr Kireger said the changing climate has affected the feed and fodder situation in Arid and Semi Arid regions, where during droughts, livestock is lost.

“To deal with the perennial feed shortages, KALRO has introduced, through its Arid and Rangelands Research Institute, re-seeding programme, where grasses, mainly indigenous and adopted, are re-grown in the rangelands,” he said.

Dr Kireger who was accompanied by NARIGP National Coordinator Mary Mainge observed that improved cattle breeds were well adapted to the range and grasslands and are being used to improve the small African zebu that is less productive yielding an average of 10 litres per day.

KALRO has also secured registration of four range grass varieties by crops agency, which the Director General said will facilitate commercialisation of the varieties and make the seeds readily available to farmers for establishment of new pasture fields and restoration of degraded rangelands.

He said KALRO had established a call centre manned by 8 experts where farmers can receive expert advice on planting materials, fertilisers, plant and animal diseases, weather reports among other agronomy and livestock related issues.

“We have also registered 600,000 farmers on a platform where they can send queries and receive feedback via a mobile phone application. We have geo-referenced them to make it easier to locate them whenever need arises. Our new call center call be reached through Safaricom number – 011010100,” said the Director General.

The director general  added that KALRO was working with a further 500,000 farmers on different value chains as a way of improving the country’s food security, safety standards, nutrition and boosting household incomes and reducing post-harvest losses.

Ms Mainge noted that the dairy sub sector contributed 3.5 per cent of the total Gross Domestic Product adding that out of the 5.2 billion litres yielded annually, 84 per cent is sold in raw form.

The NARIGP national coordinator stated that the informal milk sector accounted for more than 70 per cent of the 40,000 jobs in dairy marketing.

She said farmers in 17 selected Arid-Semi, Arid and Medium to High Rainfall counties are set to benefit from training on dairy value chain in order to improve incomes among women, youth and vulnerable persons.

They will also be provided with knowledge and skills on analysis and marketing in the sub sector, milk handling and processing.