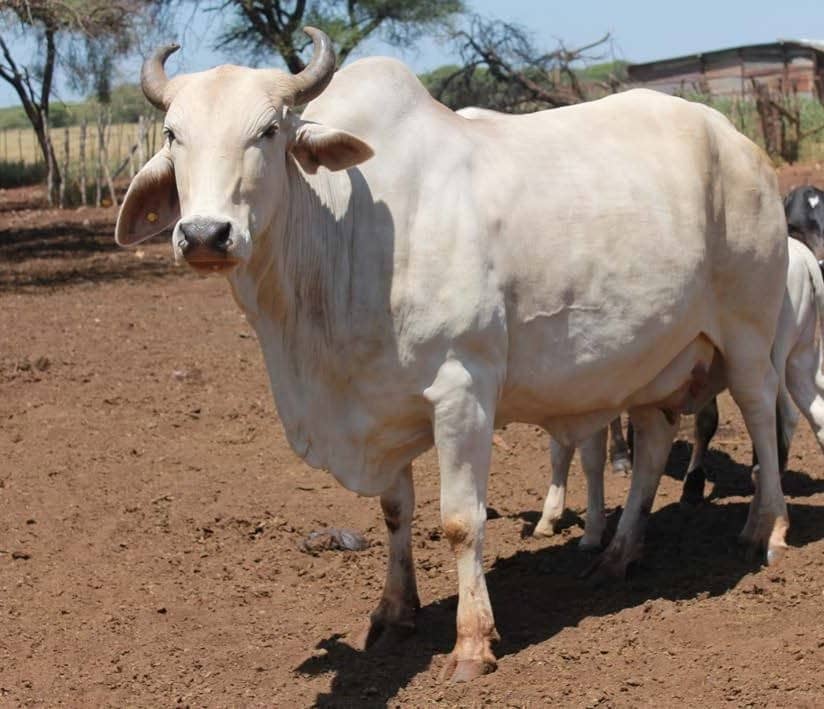 Like too many other black farmers in South Africa, David Rakgase of Rakgase Farms in Northam, Limpopo, has spent decades being refused the right to buy the state land he had been living and working on for decades.

The 74-year-old Rakgase, who runs a beef farming operation and also farms goats and pigs, started farming in 1991 on land he leased from the former Bophuthatswana.

After 1994, he continued to lease the land from the agriculture department.

In 2002, when the department’s Land Redistribution for Agricultural Development (LRAD) policy came into being, allowing farmers the option to purchase land they were renting from the state, Rakgase was identified as one of the programme’s beneficiaries.

The farm was valued at R1,2 million. Government offered him R400 000 of the value of the land as a grant; Rakgase would be responsible for the balance.

But the sale never went through and the property was never transferred to him. When his lease expired in 2016, government refused him an extension, which ultimately resulted in what Rakgase describes as the “ongoing illegal occupation of the land”, when members of a communal property association (CPA) moved in.

According to Rakgase, the CPA was brought in by the department of agriculture to ‘administer’ claimed land, however the CPA “continues to take any land that is occupied, giving it to other people”.

Government, he continues, seems to ignore the conduct of the CPA. Rakgase decided to take the matter to court in 2018, but the state then re-valued the land at R5,5 million.

In September 2019, the court ruled in Rakgase’s favour, ordering the minister of agriculture to take all the necessary steps to sell the farm to Rakgase under the terms, conditions and price that would have applied if the land was sold to Rakgase under LRAD in January 2003.

No action has been taken by the state since then, says Rakgase.

With nowhere else to go, he has continued to pay rent according to the expired lease agreement for the 3 079ha farm, even though he’s now only able to use 730ha.

Interrupted business
Rakgase says the invasions and subsequent reduction of land interrupted most of his business activities.

He has had to reduce the size of his herd, shut down his feedlot and has much less access to grazing. He has also experienced severe livestock theft; all of his sheep have been stolen and his goat herd went from 160 to 20.

When he started farming in 1991, Rakgase inherited a mixed breed herd of 80 cattle from his father. In 2002, he started bringing in bulls that could increase calf weights in the herd.

He bought two Beefmaster bulls, and the average weight of his cattle increased from about 450kg to about 650kg over a period of six years.

Bulls are replaced every six years, and in 2008, the Beefmasters were replaced with two Simmentaler bulls.

The average weight of his cows improved further to 750kg, which he now aims to maintain.
Before the trouble with land invasions, he managed to increase his commercial herd to 400 cattle; that is, 15 bulls (some bought; some bred) and 385 females, with a cow to bull ratio of 25:1.

Since 2016, the commercial herd has dropped to 300 cattle, or 100 calves, four bulls and 196 females. The cattle were previously kept in 12 camps, but because of the invasions, he had to reduce his system to four camps, grazed on a rotational basis.

The decrease in numbers of animals means he’s also had to adopt a different breeding system.

The breeding season runs from December to January.

Those that fail to conceive are culled. In-calf cows are left in a single camp throughout
gestation until they calve. When the calves are born, they remain in the same camp with their mothers.

Nutrition
Bull calves are immediately sold at auction; heifers stay with their mothers until weaned at eight months. Cows are replaced every six years, after four breeding seasons. It’s important that all the cows have enough feed throughout the year.

To ensure there’s enough time for grass to grow for grazing, and there’s no dust on the grass, making it unpalatable, the herd is divided into three groups rotated between the four camps on a monthly basis.

“At three months, the calves start receiving a special creep feed made from maize, sorghum and supplements to strengthen bones,” says Rakgase.

“We plant fodder on 6ha on the farm and we’ve also decided to lease 5ha of land near the farm to plant more maize and sorghum for fodder.”

With less rain in the past few years, the cattle have had to feed on bought-in fodder during the day. This was supplied at a rate of 5k of feed a day for each 100kg of body weight per cow.

Vaccinations and deworming
The feed is also supplemented by maintenance licks from April until the rainy season to provide nutrients during the period when the grass is dry.

“We have been mainly planting maize for feed production, but have now also started planting sorghum to reduce water usage as it is more resistant to the dry temperatures we’re experiencing,” says Rakgase.

To control external parasites, the cattle are dipped every two weeks in summer and every three weeks during winter.

A monthly vaccination programme helps prevent diseases such as heartwater and lumpy skin disease, which are major problems on the farm.

“Deworming is done every six weeks. In June, we vaccinate against lumpy skin disease, and in August against heartwater.”

In October, Rakgase says he vaccinates against gall sickness.

Marketing and on-farm butchery
All animals to be slaughtered are transported to the Thabazimbi abattoir in Northam, and the meat is then sold at Rakgase’s on-farm butchery.

The farm has diversified further up the value chain with an on-farm butchery, which helps to sustain its revenue.

The butchery was established in 2005 after Rakgase realised the money he could earn in this way was much better than the price received when selling live animals.

The value this butchery has added to his operation has helped to sustain the farm despite the troubles Rakgase has had with illegal land occupations.