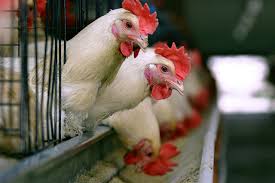 INFORMATION minister Stanley Simataa says Cabinet has approved the development of a national poultry master plan, which would be used to regulate dumping and protect the local poultry industry from foreign competition.

Simataa made these remarks during a media briefing on the outcome of the first Cabinet meeting for this year that took place on Tuesday.

The minister said the proposed plan is intended to address the challenges experienced in the poultry industry over the past few years due to the influx of imported products.

He added that the ministries of trade, finance, agriculture and the National Planning Commission and all relevant stakeholders were, therefore, tasked to develop the proposed plan “as a matter of urgency”. The plan would then be submitted to Cabinet for scrutiny so that “we can see what we can do as a government so that we continue to midwife the development of our poultry industry”.

Simataa said this decision was prompted by the increased dumping of low-quality foreign products in the local market. This, he said, has had a huge negative effect on local producers, who have been given incentives by the government but struggle to get a market for their products because foreign poultry products are cheaper.

“It is a very worrisome trend that concerns us here and other Namibians elsewhere. We have initiated measures and incentives for the development of a poultry industry in Namibia, but we are being challenged with quite a number of issues and one of those is the dumping of cheaper poultry products from other countries onto the Namibian market,” he said.

Simataa added: “It has been established that as Namibian consumers, we seem to be guided mostly by price and we seem not to have regard to the quality and the health aspect of some of these products, which, in most cases, end up doing a lot of damage to our health going forward, because the majority of these products are injected with growth hormones.”

The minister thus urged Namibians to be loyal to locally produced poultry and start consuming them to help develop the industry.

“We need to develop a culture of being loyal to locally produced goods and services. It is not only in the poultry industry but all across (other industries]. People in Namibia prefer to buy something that has got a label produced outside rather than to buy local products,” he said.

The minister added that the lack of love and support for locally produced goods and services was not only in the poultry industry but across all sectors.

“In the music industry, it is the same. Our radio stations prefer to play foreign music rather than playing local music. So, there is a need for us Namibians to develop loyalty and not only be guided by price. We need to be aware that it is not only about price but also about developing a critical market of local industries.

“As Namibians, we need to ask ourselves these questions. There are many young people who are developing applications every day but how many of us make use of them?” Simataa said.

Uganda: A key supplier of eggs and chicken in East Africa