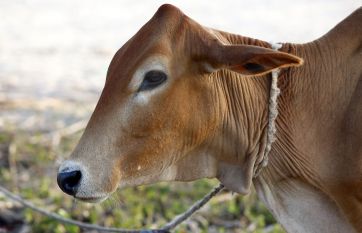 Movement and sale of livestock including cows is now allowed in Kayonza District after the Ministry of Agriculture and Animal Resources lifted a ban that was imposed on livestock in the District over foot-and-mouth disease.

The ban had been placed on the movement of cattle, pigs, goats, and sheep for any reason including breeding, selling or slaughter.

According to a statement that was signed by the Minister of Agriculture and Animal Resources, Gérardine Mukeshimana on Friday, March 19, 2021, the decision was based on factors including a report of a team that monitored the implementation of measures that were taken in order to tackle the disease among cows kept in Mucucu Village, Buhabwa Cell, Murundi Sector of Kayonza District.

The report findings indicated that 21 days had elapsed after the last cow infected with the disease was removed from the livestock.

According to the law of 2008 determining the prevention and fight against contagious diseases for domestic animals in Rwanda, the area suspected to be infected with foot-and-mouth disease is considered as non-infected when 21 days have passed after the last infected animal is no longer among livestock.

Foot-and-mouth disease (FMD) is highly infectious and deadly to livestock. It affects cloven-hoofed animals – those whose hoof is split into two toes, such as cattle, goats, and sheep.

Speaking to The New Times, Solange Uwituze, the Deputy Director-General of Animal Research and Technology Transfer at Rwanda Agriculture Board (RAB) 134 cows were found sick out of 695 cows concerned from 18 farms [in the affected area].

“Sick cows were removed from the farms and slaughtered,” she said, indicating that no other animals were affected, except cows.

Uwituze said that among activities that were carried out to contain the disease, there is imposing the quarantine, screening for diseased animals, both clinically and in laboratory and remove them from the farm, as well as vaccinating all cows in high-risk zones.

Earlier, Uwituze encouraged farmers to vaccinate their animals against the disease because it is the only remedy, indicating that at least 16,000 cows out of the total 17,000 in Murundi Sector had been vaccinated.

She pointed out that the vaccine against the disease was free because the cost was covered by the Government.

Others are the protection of the area where sick animals were located, and mobilisation of farmers in prevention against FMD and other diseases.

The law of 2008 determining the prevention and fight against contagious diseases for domestic animals in Rwanda provides that for public interests and with a view to stop the spreading of the foot-and-mouth disease, the management of the entity in charge of animal resources development may order that all infected animals or suspected to be infected be slaughtered and the owner can be given compensation.

It should base that on a report by the District authority.

Measuring and improving the performance of cattle in feedlots