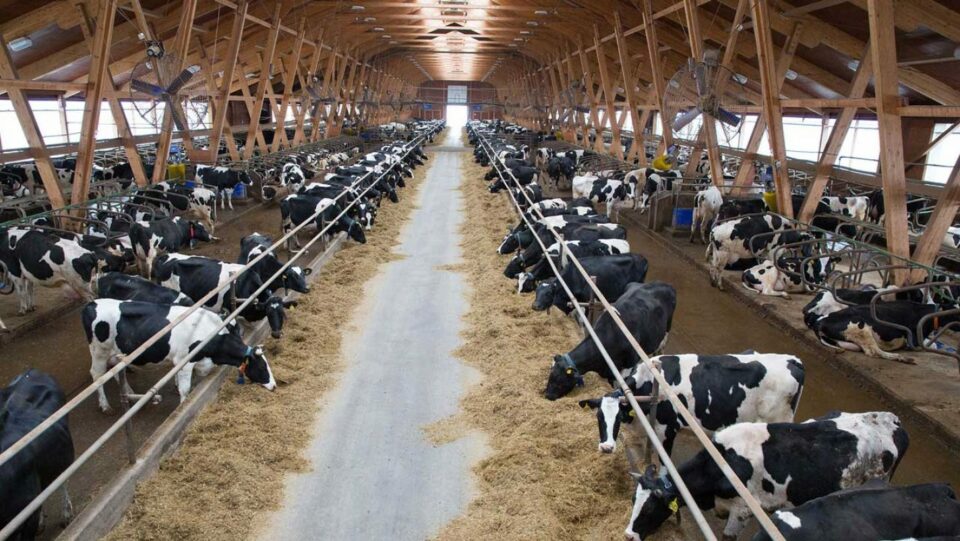 RMRDC partners OAU on blood meal in animal feeds
Despite the current 10 per cent local content in milk production in Nigeria and with the dogged resolve by relevant collaborators, the livestock subsector has a very bright future and will, within the next few years, save the country more than N30 billion yearly in foreign exchange equivalent.

This was disclosed by the Raw Material Research and Development Council (RMRDC) while disclosing benefits of a fully developed livestock sector to The Guardian. In addition to saving forex, employment generation and poverty reduction would be accompanying benefits.

Livestock is a vital component of food security and industrial raw materials globally. As a result, nearly all countries strive to sustainably develop their livestock value chains.

The Director-General of RMRDC, Prof. Hussaini Doko Ibrahim, explained that even during COVID-19 disruptions, governments in most parts of the world initiated policies to promote development of livestock, and these led to increase in livestock products during the pandemic. The global milk production, he said, reached nearly 906 million tonnes in 2020, up by 2.0 per cent from 2019. This is driven by output increase in all geographical regions, except in Africa.

The global dairy market, valued at $718.9 billion in 2019, is projected to grow to $1032.7 billion by 2024. The global market is primarily dominated by the milk segment, followed by butter and cheese segments. The yogurt and dairy desserts segments are expected to be the fastest-growing segments across the world.

“The statistics shows many opportunities exist for foreign exchange generation in Nigeria if the livestock sub-sector is optimally developed. In 2016, Nigeria was recorded as having the third largest livestock population in Africa. Despite this, there is lack of sufficient animal protein in the diet of the average Nigerian.

“Available statistics shows that the domestic supply of animal protein is growing at 1.8 per cent, while the overall demand is estimated to be rising at 51 per cent.

“Also, out of the estimated demand of about 1.7 million tonnes of milk, only about 692,570 tonnes were produced locally. This makes Nigeria the largest importer of processed milk and other dairy products in West Africa with an estimated expenditure of about $1.5 billion yearly, as the indigenous dairy cattle breeds produce about two litres of milk per day,” Prof. Ibrahim said.

He disclosed that in view of the importance of optimising livestock value chain for sustainable development, RMRDC had initiated a livestock development programme, aimed at overhauling the livestock value chain from production to marketing. This includes improvements in the cattle breeds for milk, meat and leather production, coupled with industrial utilisation of waste products, such as blood, horns and hoofs.

One of the major projects embarked on was the expansion of FCT mini diary plant at Paikon-Kore in Gwagwalada area council, which was initiated in line with the Federal Government’s policy of enhancing traditional livestock productivity, as well as resolving the constant conflicts between farming communities and pastoralists.

The project, which was handicapped by some technicalities, had been overhauled through collaboration between RMRDC and other stakeholders, the RMRDC boss said.

He added that a grazing reserve of about 50 hectares of land had been put in place and grassed by Federal Ministry of Agriculture, and the United States Agency for International Development (USAID) and RMRDC had prepared a feasibility study for the upstream and downstream components of the project.

In addition, a total of 408 milk cooperative farmers have been trained on milk hygiene and handling by RMRDC and USIAD. The second phase of the project is expected to expand the milk collection center to a mini dairy.

RMRDC is also working with the Adamawa State FADAMA III Project, the Adamawa State Agricultural Development and Investment Ltd. (AADIL), Modibo Adama University of Technology (MAUTECH) and Gurin/Mbamba Community Associations to promote the use of artificial insemination (AI) techniques for increased production of milk and beef from the filial generation of inseminated cattle and to provide training to AI and milk processors.

On use of cattle blood in animal feed production, the council, in collaboration with the Department of Animal Science, Faculty of Agriculture, Obafemi Awolowo University, Ile- Ife, Osun State, has developed a vegetable curried blood meal as raw material for the livestock feeds industry and appropriate techniques for processing of blood into blood meal.

Fourteen useful raw materials for the feed mill industry have been produced from abattoir waste and by-products (blood and rumen content). The project, when fully commercialised, would reduce the cost of production of blood meal and the environmental pollution problems arising from abattoir wastes in the country.

To further the objectives of the programme, the council is collaborating with Superlinks Integrated Service to promote investments on the utilisation of the hoofs and horns of slaughtered livestock for the production adhesive, shoe soles and other products, which are mostly imported.

Ibrahim said a research work carried out at Federal University of Agriculture, Makurdi, Benue State, had led to production of gelatine, adhesive, calcium phosphate, shoe soles and bone marrow, enriched bone pastel, using cow hoofs, horns, bones and skin. A feasibility report has been prepared for the pilot plant stage of the project, which will commence in 2022.

The Provost of the Federal College of Animal Health and Production Technology, Dr Olatunde Owosibo, affirmed that the livestock and poultry subsectors are capable of generating direct and indirect millions of jobs, wealth and national wealth if fully supported with enabled environment and resources.

CEVA LAUNCHED SOW VACCINE AGAINST NEONATAL DIARRHOEA WITH 7 ANTIGENS INSIDE